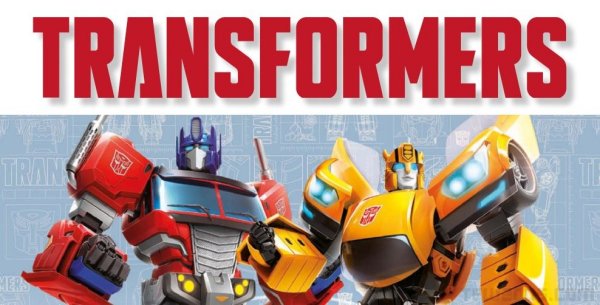 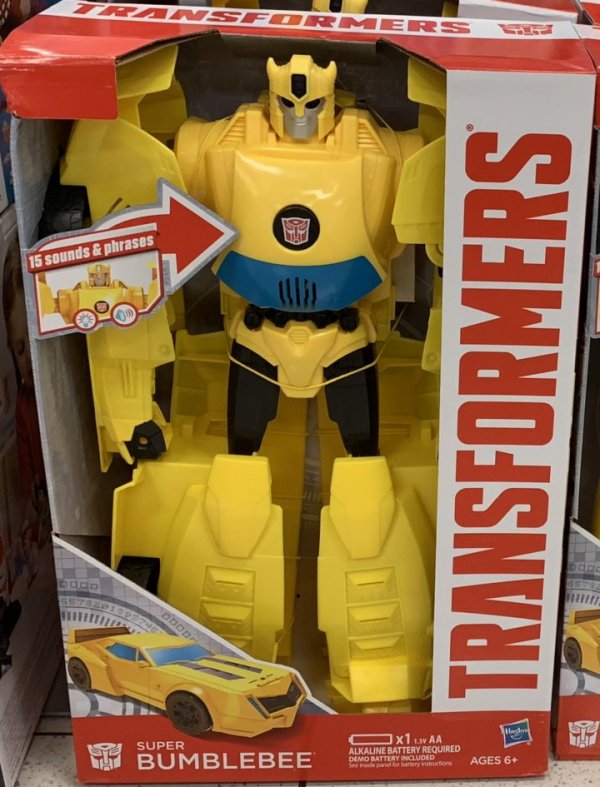 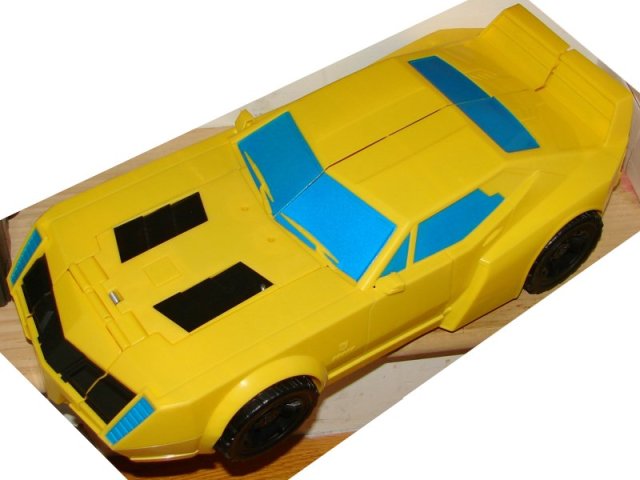 I should have known that Hasbro would find something to reuse this mold for. Authentics Super Class Bumblebee is remolded and repainted from the Robots in Disguise Super Three Step Changer Bumblebee. In vehicle mode the mold is unchanged. He now has blue windows, which look great, and his grill is black and headlights blue, a simpler paint job than the original. He now sports simpler hood paint apps, and lacks the paint apps on the door. While I like he blue windows, his paintjob is overall inferior, and we haven’t even gotten to robot mode yet. In robot mode his head, neck, chest, and torso have all been remolded to look more like the Transformers 2010 (also known as Evergreen) art. I love the new head sculpt, but the paintjob is inferior to the original. All the paint apps on his legs and silver paint apps on his arms and torso are gone. He has a simpler black paint app on his upper arm, and his hands are painted black as well. While I prefer the mold, the paint job is just lacking. Gives me a new appreciation for the 2015 version.

Overall: If you want one of these, good luck. They showed up at Kohl’s stores last fall. I was in the hospital at the time, so I couldn’t get to a Kohl’s, but I figured they would show up elsewhere. No such luck. I have been scouring the Internet for one since the end of last year with no luck until now. I got him loose, but complete and in great shape. Even his electronics work, but he cost me half again the retail price, though that probably covered the free shipping, so I really shouldn’t complain. It’s a miracle I found one at all. I’m guessing 99% were bought as Christmas presents and they will show up at second hand stores in varying condition in the coming years. That is unless they show up again at retail for the holiday season, which is always a possibility. It’s nothing special, a simple transformation toy, but if these don’t show up again, it might well be one of the rarest retail released Transformers in a very long time (though not as rare as the Robots In Disguise Electronic Titan Heroes Bumblebee and Optimus Prime that I am still searching for almost five years later).

I’m 36 years old, and I work in network tech support for a public school system. I am a huge fan of Star Trek, Transformers, Harry Potter, and Marvel Comics as well as numerous other fandoms. I’m a big sports fan, especially the Boston Red Sox and the New England Patriots. I collect toys (mostly Transformers but other stuff too), comic books, and Red Sox baseball cards. I watch an obscene amount of television and love going to the movies. I am hopelessly addicted to Wizard Rock and I write Harry Potter Fanfiction, though these days I am working on a couple of different original YA novels.
View all posts by lmb3 →
This entry was posted in Toy Reviews, Toys, Transformers and tagged Authentics, Bumblebee, Toys, Transformers, Transformers: Authentics. Bookmark the permalink.