Just to get this out of the way, FIRRIB FOREVER!!!!!!!!!!!!!!! As usual, Hasbro has incorrectly identified the blue cassette as Frenzy and the red cassette as Rumble. Not much to say about these that hasn’t been said, just a few comments after the pics. 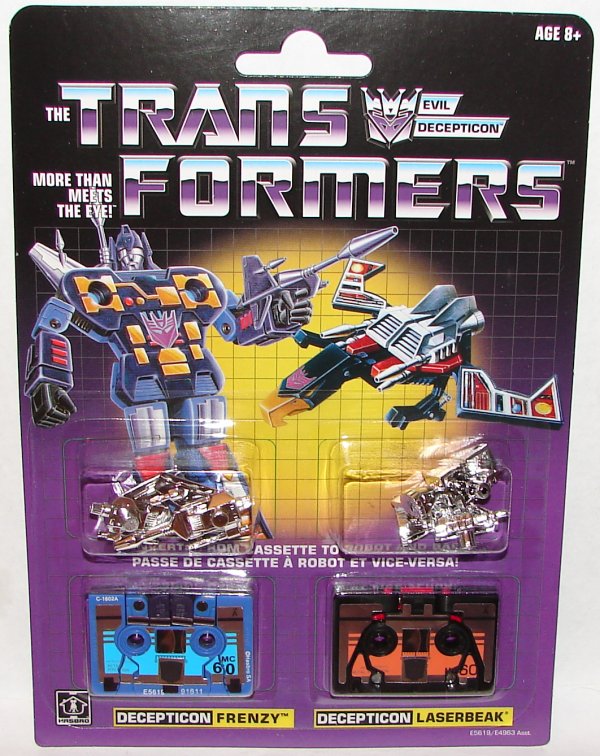 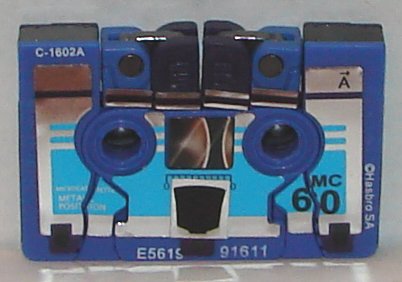 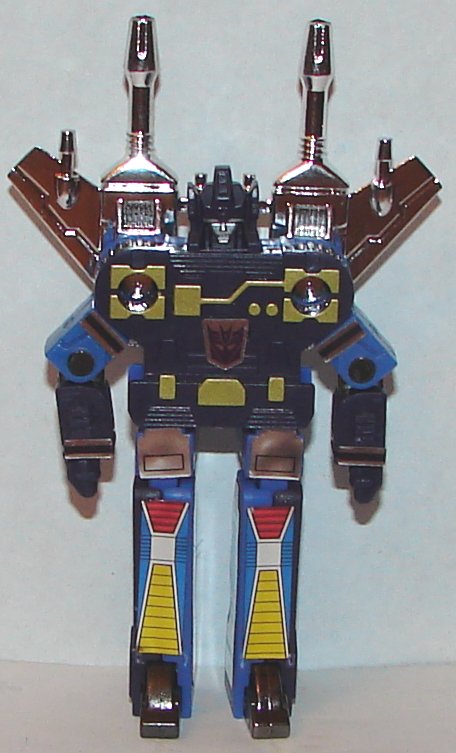 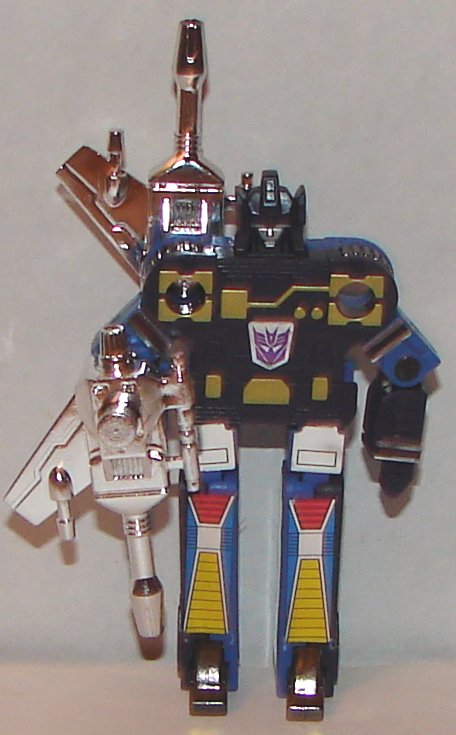 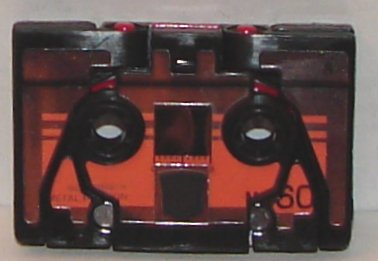 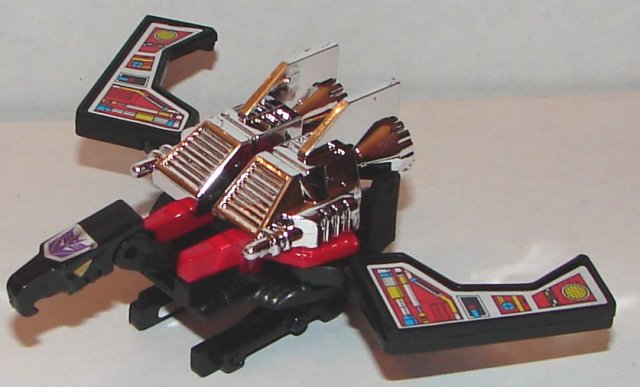 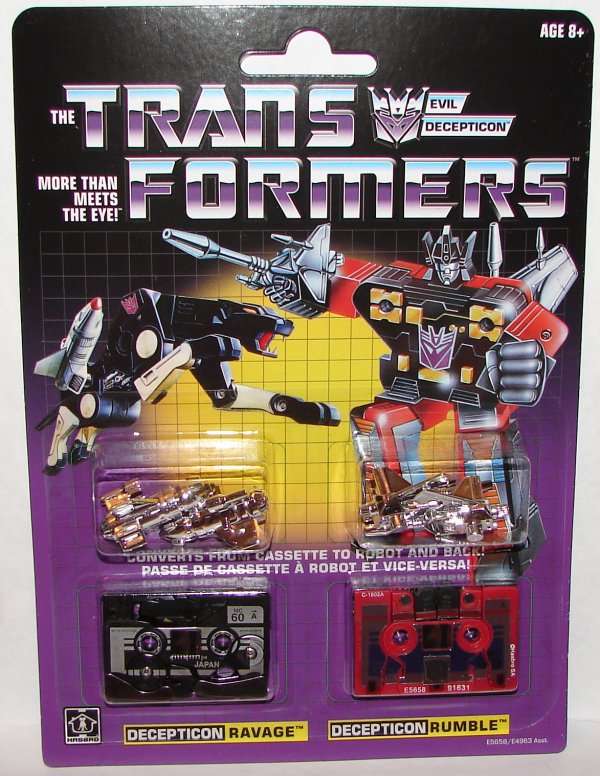 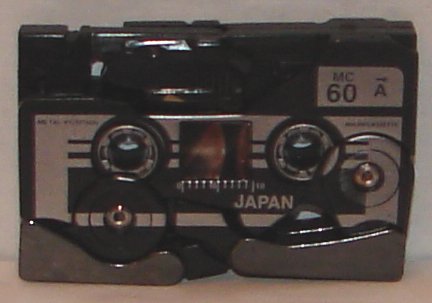 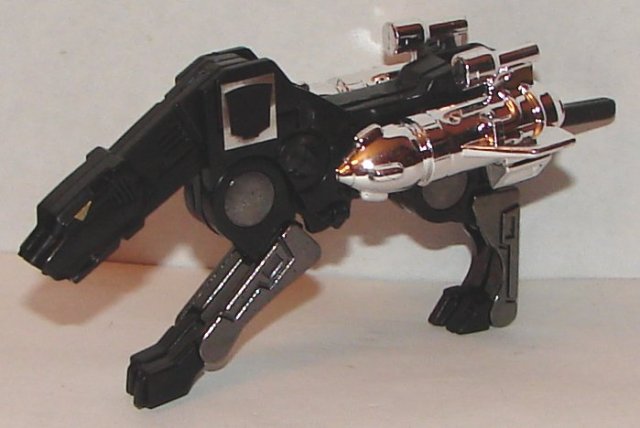 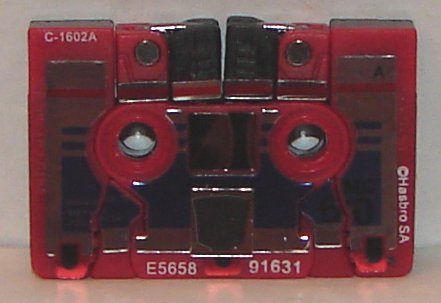 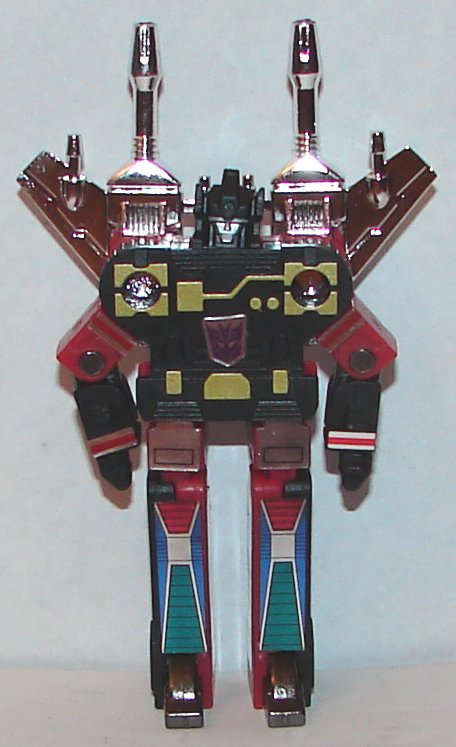 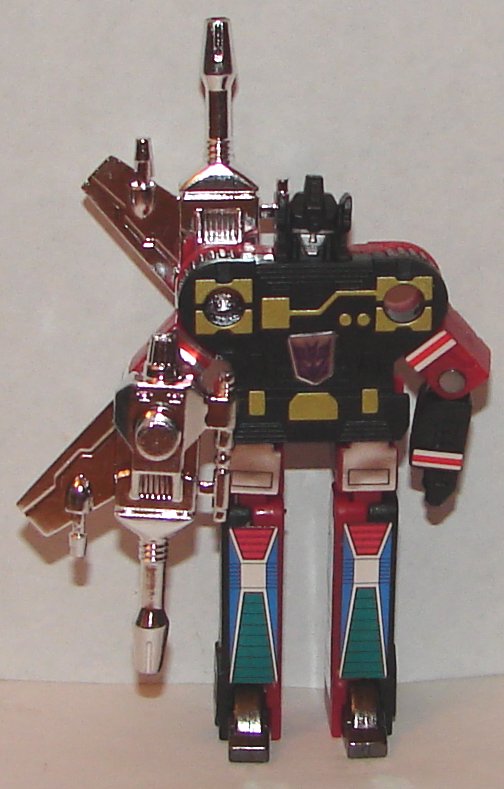 Overall: These guys all look great, though they do feel a little overpriced. I’m not sure how the Mini-Cars are $8 and a cassette is $10 ($20 per two-pack). These should have been $15 each instead of $20, but they have price gouged the hell out of this line. Also of note, when I reviewed Soundwave & Buzzsaw, I thought the stubby guns on Laserbeak were new, but this is not the first time we’ve seen them. My friend Fred (of Fred’s Workshop) reminded me that the Linkin Park Gold Edition Soundwave also included the stubby guns on Buzzsaw and Laserbeak. That means that sometime between the Classics release of Soundwave in 2008 and 2013, I can only assume some toy safety law changed necessitating the change, but that make little sense as Rumble and Frenzy’s guns are just as long as Laserbeak’s. It make no sense. Anyway, though overpriced, its always nice to get mint G1 toys in G1 packaging, so I highly recommend picking these guys up even if you already have them.

I’m 36 years old, and I work in network tech support for a public school system. I am a huge fan of Star Trek, Transformers, Harry Potter, and Marvel Comics as well as numerous other fandoms. I’m a big sports fan, especially the Boston Red Sox and the New England Patriots. I collect toys (mostly Transformers but other stuff too), comic books, and Red Sox baseball cards. I watch an obscene amount of television and love going to the movies. I am hopelessly addicted to Wizard Rock and I write Harry Potter Fanfiction, though these days I am working on a couple of different original YA novels.
View all posts by lmb3 →
This entry was posted in Toy Reviews, Toys, Transformers and tagged Frenzy, G1, Generation 1, Generation One, Laserbeak, Ravage, Rumble, Toys, Transformers, Vintage G1, Walmart Exclusive. Bookmark the permalink.