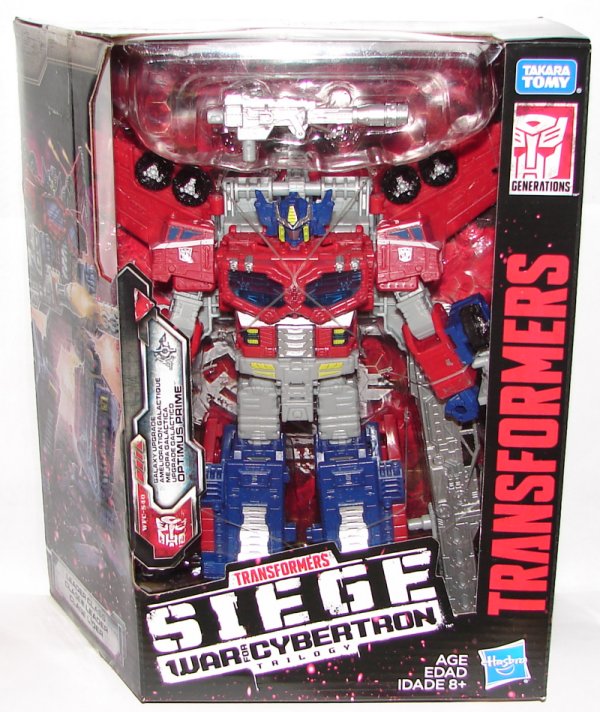 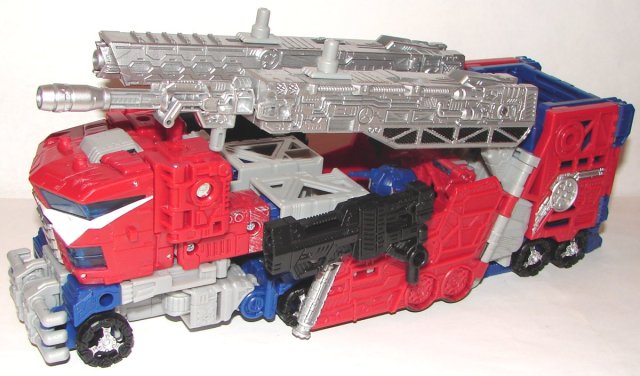 Vehicle Mode: Transformers: Cybertron Optimus Prime was a fire truck, a callback to his fire Truck mode in the original Transformers: Robots in Disguise line from 2001, though as a futuristic fire truck. Galaxy Upgrade Optimus Prime is clearly meant as an homage to Transformers: Cybertron Optimus Prime, and certainly looks the part, though to be honest, he’s lot less solid. The original toy had Optimus’s legs sticking out far behind his truck mode making him look more like a flat bed and his backpack folded up on top of that to form his full vehicle mode. Galaxy Upgrade Optimus Prime’s vehicle mode is a cab, with his backpack forming the middle of the vehicle, and his legs, which are separate pieces, making up the back. The backpack solidly connects to his legs, but the connection to the cab is a bit more flimsy. The piece that connects onto the back of the cab doesn’t really stay solidly connected. His wings plug into the side of the rear section of the cab above his rear wheels, so it stays together, but the inside just isn’t solidly connected. It looks great, but the rear wheels of his cab come up off the ground. If the connection was more sold, I don’t think that would happen. Is it a fatal problem? No, but it’s not the best design. It will look awesome on your shelf though, and that’s probably more important. The only other issue I had are his ladders. I mean, I think they are supposed to be ladders. They connect on the back of the cab to plates that flip out to the sides for transformation. Unfortunately, they don’t lock into place. I can’t get the ladders to stay parallel and straight. They are just too flimsy. They are also not designed the same as the original toy. They put the shorter one of the opposite side o the truck mode so it would be on the correct side in robot mode. 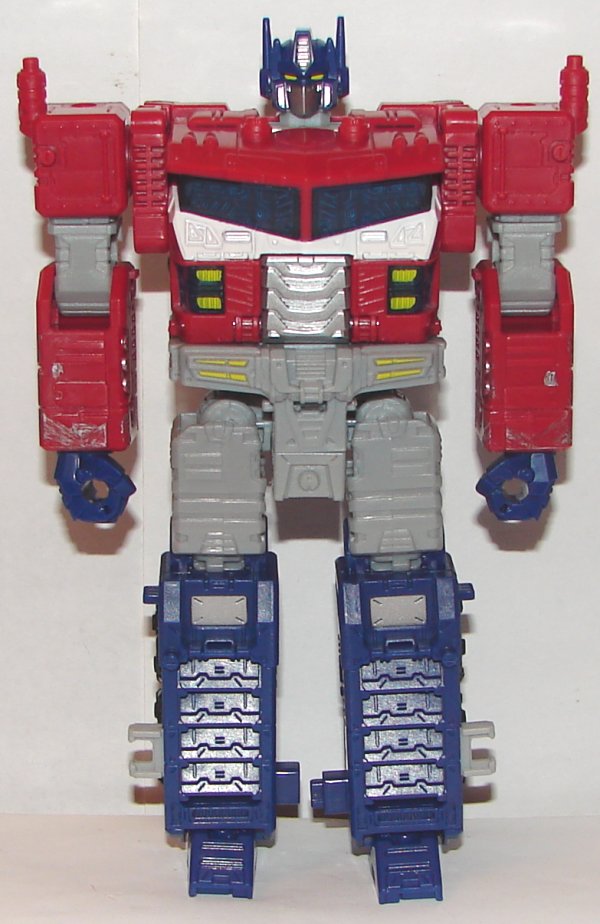 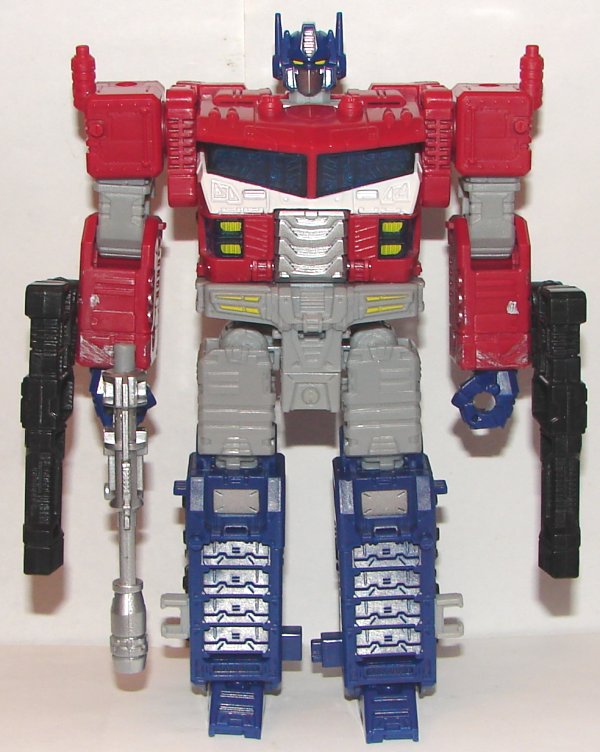 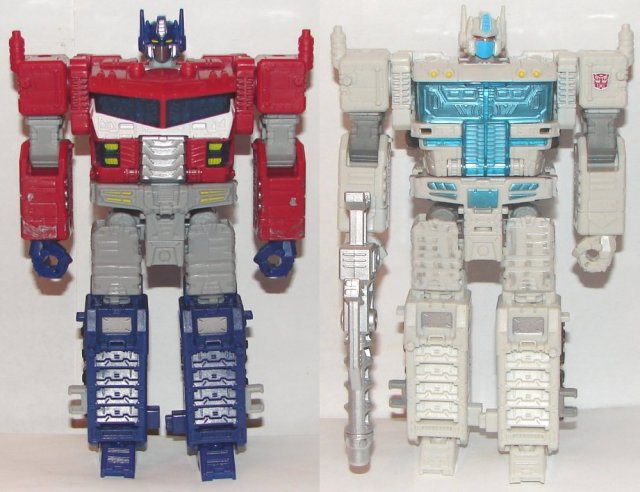 Small Robot Mode: Galaxy Upgrade Optimus Prime’s small robot mode looks great. They have remolded his entire chest and waist from Ultra Magnus’s. It looks really great, though I would like to see a repaint of the Ultra Magnus cab as Optimus Prime without the new chest. 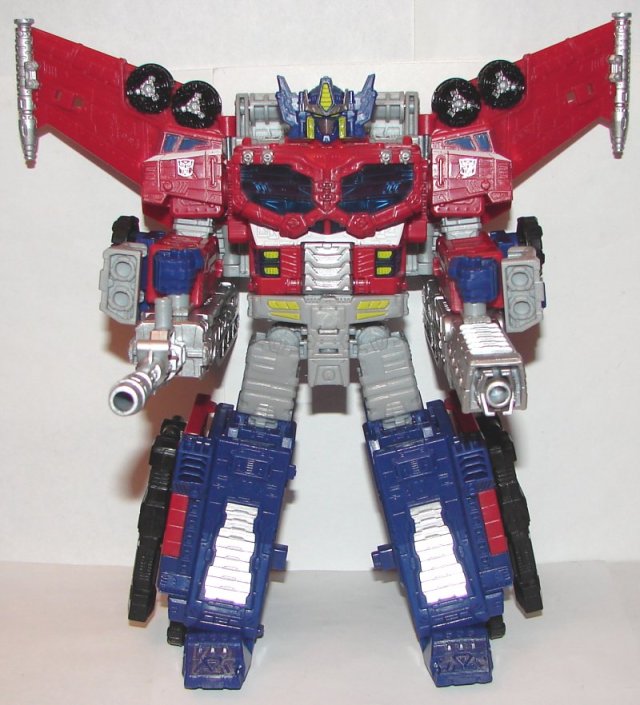 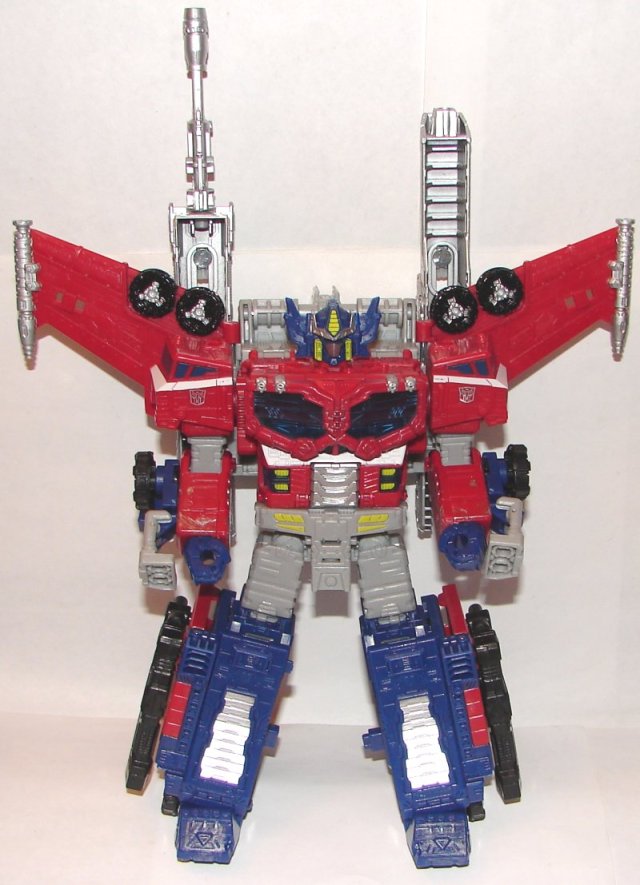 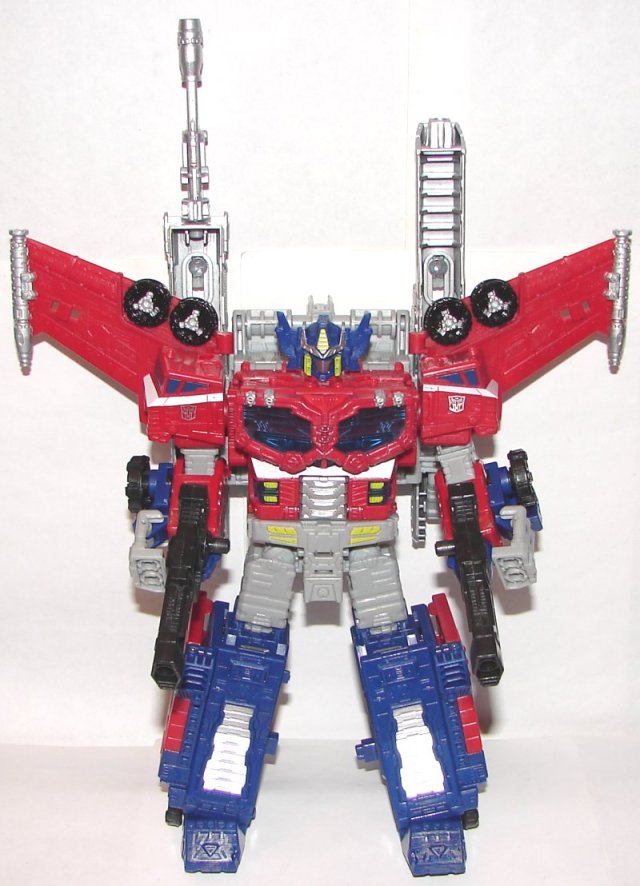 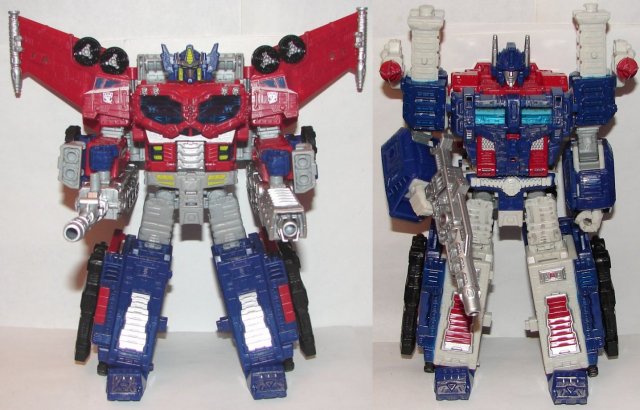 Robot Mode: In robot mode, Galaxy Upgrade Optimus Prime is perfect. I really couldn’t imagine changing anything. I’m sure some people will complain about the wheels on his wings being fake, but I really don’t care. The only thing I would say, is that I wish his backpack behind his head was read instead of gray, but that’s really a very small thing.

Overall: Galaxy Upgrade Optimus Prime is an absolute must have. The issues with his vehicle mode are far outweighed by his robot mode. I will even be okay with the repaint we will likely get of him in black and red.