Blog #1705: My Game of Thrones Series Finale Theories (Spoilers for Season 8 Through Episode 5) 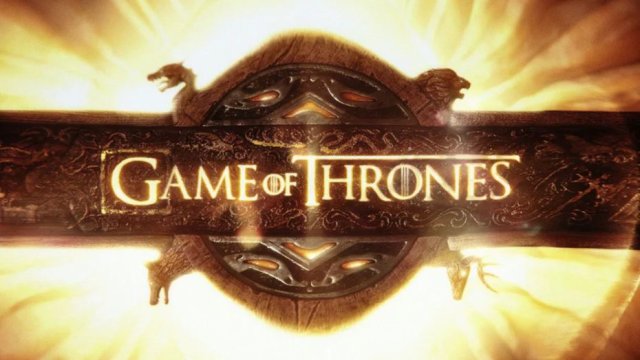 I don’t often do blogs that aren’t about Transformers anymore, but with the series finale of Game of Thrones just a few days away, like everyone else I have my theories. So here they are, and yes, I know they are probably wrong. Obviously there are spoilers ahead for Season 8 through episode 5.

I’m going to ignore the characters who are up at Winterfell for the moment, but I’ll come back to them. As far as we know, the only important characters left alive at King’s Landing (or who were alive there at the end of the last episode) are Arya Stark, Jon Snow, Tyrion Lannister, Grey Worm, and Daenerys “The Mad Queen” Targaryen.

First off, Daenerys has to die. It’s not an option. For eight seasons we’ve watched her try to be better than her father, but she would always show her true colors. While her final decent into madness may have been a little sudden, it’s always been where her story was going.

As to Daenerys’s killer, we can eliminate Grey Worm as he is completely loyal to Daenerys. I don’t think it can be Jon. In a fight between Jon and Daenerys, if she has the dragon, Jon is toast, if she doesn’t, it’s not a fight at all, because Daenerys is going to be no match for Jon with a sword, and I don’t think Jon has it in him to just kill her. That leaves Tyrion and Arya.

I would love to see Tyrion take off that Hand of the Queen pin and stab Daenerys in the heart with it, but that seems unlikely to me for two reasons. One, she has no heart, and two, if she did, Tyrion couldn’t reach it. (Sorry, that was terrible, but also true.) There would be a great poetry in it being Tyrion killing the mad queen after Jaime killed her father the mad king. Tyrion Lannister, the Queen Slayer has a great ring to it. But I’m just not buying it. If he was going to betray her, he would have helped Varys put Jon on the throne.

I think it has to be Arya. The problem is, Daenerys is not stupid. She’ll never let anyone she doesn’t trust get close enough to take her out. My theory is that when Arya rode away on the white horse she was going to Storm’s End to kill Gendry Baratheon and wear his face to go kill Daenerys. (Unless Gendry was at King’s Landing, but I don’t think he was.) Think about it. Daenerys made Gendry lord of Storm’s End so that she would have his loyalty. She would never suspect him. I don’t know how else Arya could get close enough to kill Daenerys. With Daenerys dead, I have no idea what happens to Drogon. He’s likely to not be too happy, but Jon is a Targaryen, so you never know, he might be able to control him.

As to Grey Worm, my guess is that when Daenerys is killed, he goes after Arya, and Jon kills Grey Worm.

That leaves Jon Snow, Arya Stark, and Tyrion Lannister. So who gets the iron throne? I think there are only two possibilities, and I give them a 50/50 chance. Either it’s Tyrion or none of them. Tyrion said it himself, they needed a king who didn’t want to be a king. Tyrion doesn’t want to be one any more than Jon does. If it’s not Tyrion, then I think they will intend for the seven kingdoms to go back to being the seven kingdoms. That might make more sense given that the iron throne is probably sitting on top of Cersei and Jaime buried beneath what’s left of the unbreachable Red Keep. Even if that is their plan, I don’t think it actually matters.

My final theory is…that everyone dies.

Hear me out on this, it makes a lot of sense. My above theories leave one thing unresolved. The Night King touched Bran. That had to mean something or they wouldn’t have included it. We never saw anything that was happening at Winterfell in episode 5. I think that’s because everyone there is dead, or should I say, undead. I think Bran is leading a new army of the dead towards King’s Landing. I think only Arya, and/or Tyrion will escape. How will they escape? Remember, there is still a boat that Jaime and Cersei were supposed to use just sitting there in a secluded cove. I think its there for a reason.

Everyone, or almost everyone, dying actually makes a lot of sense if you think about it. “When you play the game of thrones, you win or you die. There is no middle ground.” Cersei said that to Lord Eddard Stark in season one, and it is one of the most famous quotes from the entire series. If Game of Thrones has taught us anything, it’s that in the game of thrones the only winner is death. Everyone who has managed to get their hands on that throne has ended up dead. Most were killed. In fact, the only one I can think of who wasn’t killed is Tommen, and he threw himself out a window. However, if you want to get technical, Tommen was always just a puppet, first for his grandfather, then for his mother, and then for Queen Margaery (all of whom were murdered), so I’m not sure he even counts as having the throne. Still, dead is dead.

That end would be brutal, poetic, and perfect. I think that is what the series has been leading to. After all the armies, battles, scheming, and betrayals, the only winner is death.

The question is, does HBO have the balls to end the series that way? I kind of doubt it. I’m sure I’ve got it all wrong, but I will be curious to find out how wrong I am.

I’m 36 years old, and I work in network tech support for a public school system. I am a huge fan of Star Trek, Transformers, Harry Potter, and Marvel Comics as well as numerous other fandoms. I’m a big sports fan, especially the Boston Red Sox and the New England Patriots. I collect toys (mostly Transformers but other stuff too), comic books, and Red Sox baseball cards. I watch an obscene amount of television and love going to the movies. I am hopelessly addicted to Wizard Rock and I write Harry Potter Fanfiction, though these days I am working on a couple of different original YA novels.
View all posts by lmb3 →
This entry was posted in Television and tagged Game of Thrones. Bookmark the permalink.