The original Cyber Battalion and Cyber Commander toys were only available in South America and later at Universal Studios. Read my review of the originals here.

A second wave of Cyber Battalion toys have started showing up as exclusives at Walgreens.

Jetfire is a heavy remold of Cyber Battalion Starscream. Starscream was basically an upsized Legends Starscream. I really like Jetfire. When I heard Starscream was being remolded into Jetfire, I assumed he would get a paint job and a new head, but almost his entire jet mold in new, including his wings, which now look right for Jetfire. His head and chest have also been remolded. 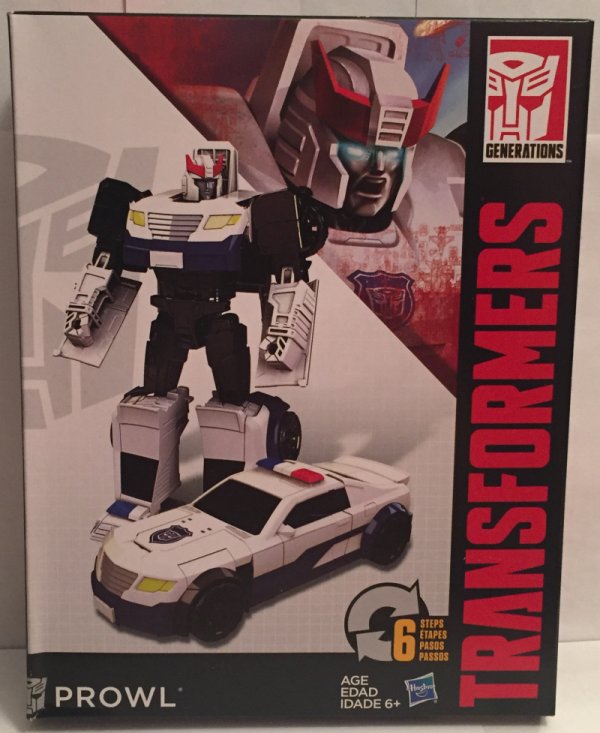 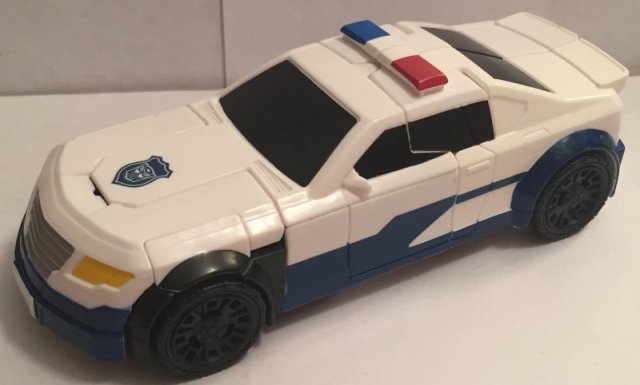 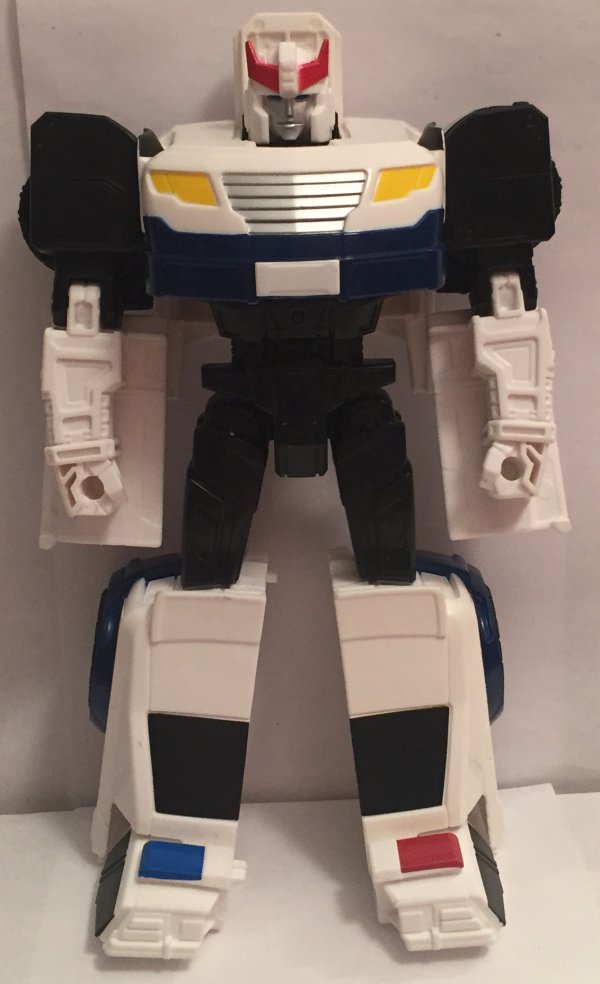 Prowl is the first Cyber Battalion toy that is not based on a Legends mold. He looks great in police car mold. Shockingly his rear window is painted, something Hasbro is often incapable of. In robot mode his head sculpt is perfect, and the rest of him looks pretty good. I really wish he had a gun, but he still looks great.

Overall: I highly recommend these. They are about Voyager sized, but priced as Deluxes due to their lesser engineering. Well worth the price.

I’m 36 years old, and I work in network tech support for a public school system. I am a huge fan of Star Trek, Transformers, Harry Potter, and Marvel Comics as well as numerous other fandoms. I’m a big sports fan, especially the Boston Red Sox and the New England Patriots. I collect toys (mostly Transformers but other stuff too), comic books, and Red Sox baseball cards. I watch an obscene amount of television and love going to the movies. I am hopelessly addicted to Wizard Rock and I write Harry Potter Fanfiction, though these days I am working on a couple of different original YA novels.
View all posts by lmb3 →
This entry was posted in Toy Reviews, Toys, Transformers and tagged Cyber Battalion, Jetfire, Prowl, Toys, Transformers. Bookmark the permalink.