Read my review of the original Masterpiece Optimus Primal here.

Unlike the original, Commander Optimus Primal only comes with one extra robot and gorilla face. 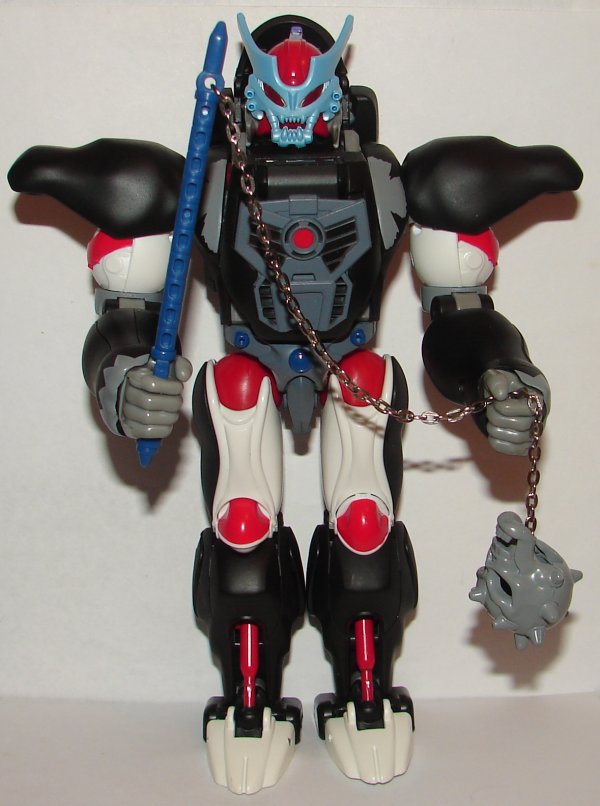 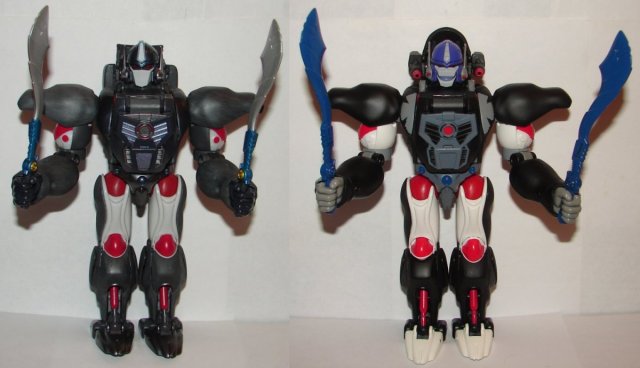 Commander Optimus Primal’s color scheme is based on the original Ultra Class Beast Wars toy. He comes with blue swords, as did the original, and a staff that simulates putting both swords into the original toy’s hand. He has the battle mask like the original, and a mace. He also comes with a small blue clip that plugs in on his back and allows you to store the staff, mace, and mask. I’m not sure why they didn’t store the staff and mace vertically on his back. That would have looked much better. This would make walking through doors difficult.

Overall: This is a great toy. Whether you buy this version or the other boils down to what you prefer, toy colors or animation colors. If you’re not picky on the color scheme, then for the accessories, I would say this is the one to get.

I’m 36 years old, and I work in network tech support for a public school system. I am a huge fan of Star Trek, Transformers, Harry Potter, and Marvel Comics as well as numerous other fandoms. I’m a big sports fan, especially the Boston Red Sox and the New England Patriots. I collect toys (mostly Transformers but other stuff too), comic books, and Red Sox baseball cards. I watch an obscene amount of television and love going to the movies. I am hopelessly addicted to Wizard Rock and I write Harry Potter Fanfiction, though these days I am working on a couple of different original YA novels.
View all posts by lmb3 →
This entry was posted in Toy Reviews, Toys, Transformers and tagged Commander Optimus Primal, Masterpiece, Masterpiece Optimus Primal, Optimus Primal Legendary Version, Toys, Transformers, Transformers Masterpiece. Bookmark the permalink.