The Transformers Collector’s Club GI Joe Ninja Farce…sorry…typo…Force / Transformers G2 Box Set is supposed to be based on the issues of the GI Joe comic that set up the Transformers Generation 2 Comic, though the set does not come with a comic, which would have kind of made sense.  Let’s start with the box. 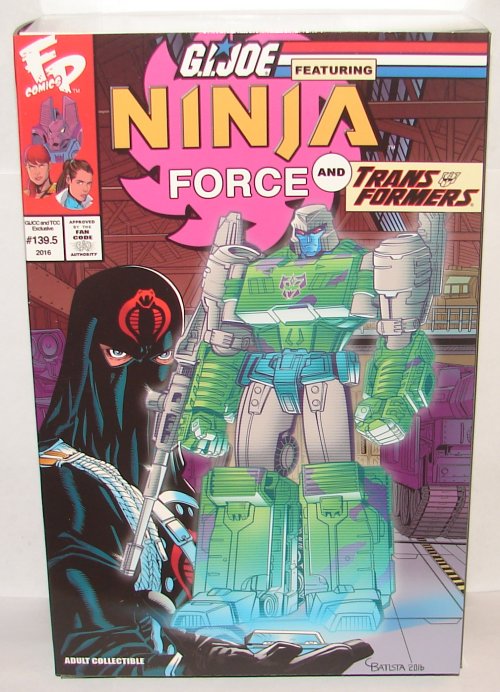 First off, beneath the Transformers Logo it should of said “Generation 2” in small letters.  That’s minor.  What’s not minor, is that there are three bio cards for the GI Joe characters on the back of the box.  There are no Tech Specs for Megatron or Ratbat.  What a joke.  I know that Fun Publications is all about GI Joe, and Transformers was just about making money, but at least pretend you give a shit.  The set does not even include instructions for Megatron and Ratbat.  What total crap.

The three figures included are Cobra Commander, Ninja Force Scarlet, and Dr. Sidney Biggles-Jones.  Cobra Commander came with the Megatron gun from the first SDCC TF/GI Joe crossover set.  As I recall, that toy was able to hold the gun.  It does not fit correctly into either of this figures hands.  Scarlet comes with a pair of claws, which are too big for her hands.  Kind of stupid to include accessories that a toy can’t use.  As to the figures themselves, I don’t care.

They included the gun Megatron from the SDCC set.  Not sure why you would include two Megatrons in the set, and since Cobra Commander can’t hold it, it really seems pointless.  Black Cat is based on Blackcat, a character appearing in one of the German Transformers comic books.  Having nothing to do with the G2 comic on which this set is based, I don’t know why it was included.  It would have been way better if they had been able to do a real toy of Blackcat, but it is something we didn’t have, even if 90% of fans don’t even know it existed.  That includes me.  They repainted Blaster from the SDCC set and called him Toaster.  Shattered Glass Blaster would have at least made a small amount of sense.  G2 Blaster would have worked.  He also has no connection to this set.  They included his cassettes from the SDDC set, but failed to paint them.  Maybe they are meant to be actual toast.  I don’t know.  Now on to something that doesn’t completely suck. 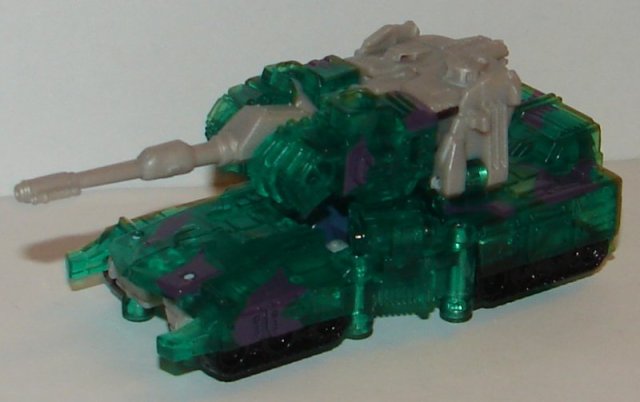 Read my original reviews of Megatron and Warpath.

Megatron looks pretty great.  I do not know why he would be translucent, but since I do love translucent toys, I can mostly overlook that.  It’s too bad they couldn’t have gone for silver plastic instead of gray (even blue would have been better), but he still looks pretty great.  A friend of mine pointed something out to me.  As you can se in the photos, he has camouflage paint apps that are the same as the upcoming Subscription Service Megatron.  That one also has a G2 symbol, and this explains why.  They used the same paint apps on both toys.  It kind of sucks that in order to get one right, the other one will be wrong.  Still, I do like this toy.  It would get a higher grade with Tech Specs and Instructions. 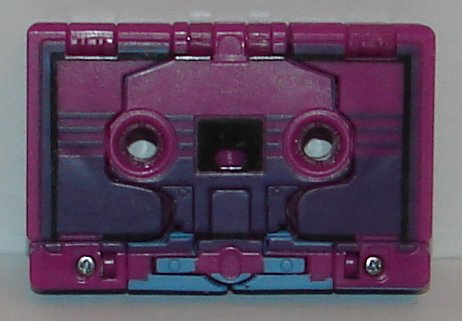 Also included in this set is a repaint of Masterpiece Ratbat.  According to the GI Joe comic archive on YoJoe.com, Ratbat never appeared in the GI Joe/G2 comic crossover, making his inclusion in this set a shameless attempt to get people to buy it just to get this mold that was previously only available with Masterpiece Soundblaster in Japan.  You can get Masterpiece Soundblaster with Ratbat on eBay for less that $200.  Take it from me, that is a way better value than $129 for this set, plus that will at least have Ratbat in the correct colors, and you get one of the best toy molds of the last decade in Soundblaster.  Not sure what this color scheme for Ratbat is based on, probably just an attempt to make him look G2.

Overall: Megatron is pretty great, and if Blackcat means something to you or you need Masterpiece Ratbat and don’t care about his colors, then I suppose this set is worth something to you.  At $129, it is way overpriced.

I’m 36 years old, and I work in network tech support for a public school system. I am a huge fan of Star Trek, Transformers, Harry Potter, and Marvel Comics as well as numerous other fandoms. I’m a big sports fan, especially the Boston Red Sox and the New England Patriots. I collect toys (mostly Transformers but other stuff too), comic books, and Red Sox baseball cards. I watch an obscene amount of television and love going to the movies. I am hopelessly addicted to Wizard Rock and I write Harry Potter Fanfiction, though these days I am working on a couple of different original YA novels.
View all posts by lmb3 →
This entry was posted in Toy Reviews, Toys, Transformers and tagged Black Cat, Botcon, Botcon 2016, Cobra Commander, Dr. Sidney Biggles-Jones, G2, Generation 2, Generation Two, Megatron, Ninja Farce, Ninja Force, Ninja Force Scarlet, Ratbat, Scarlet, Toaster, Toys, Transformers, Transformers Collectors’ Club. Bookmark the permalink.