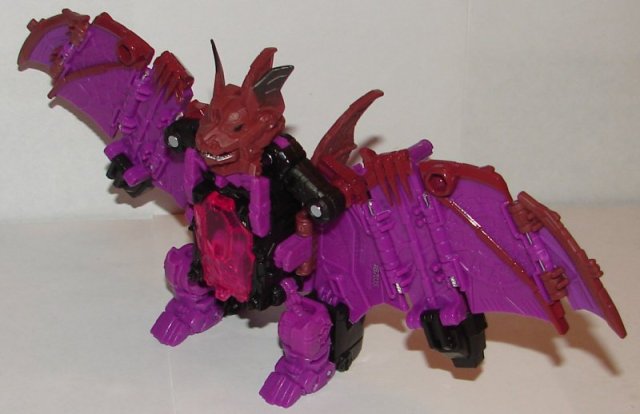 Vehicle Mode: I am a little surprised at just how much I like Mindwipe.  A bat is not the easiest animal mode to pull off, but they did a really nice job on him.  His wings connect securely into the top of his legs and sides of his body, while the other wing panels can be moved.  The bat head looks pretty cool, though I would rather it not be soft plastic.  Very nice looking.

Robot Mode: Mindwipe looks great in robot mode.  I love the wings they gave him.  Paint apps are nice.

Overall: Mindwipe is not as strong as the others in this wave, but is still a really great toy.  Highly recommended.