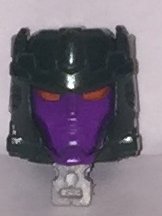 I think Galvatron’s Headmaster looks better as Megalligator. It’s a great paint job, and very accurate. What disappoints me is that he has no body. I believe the fiction says that he uses Skullcruncher’s body, but Skullcruncher isn’t painted correctly. He’s a darker green has a pink tail. He could have easily been repainted. This set could have been an awesome 2-pack. So, while this is a great head, it really sucks that he has no body.

Titan Master Apeface’s vehicle/weapon/ape has been repainted to look like Optimal Optimus. He looks great in ape and jet mode. Too bad he doesn’t have the vehicle and robot modes, but it is a really cool paintjob. 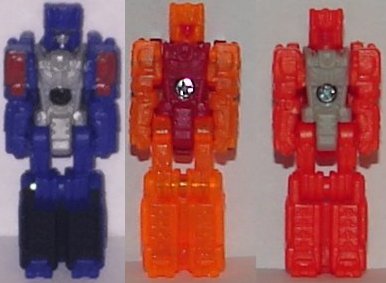 Before I picked this up, I assumed it was one of the Optimus Prime heads that was used, but this is actually Sentinel Prime’s Titan Master. He’s perfect for Convobat. 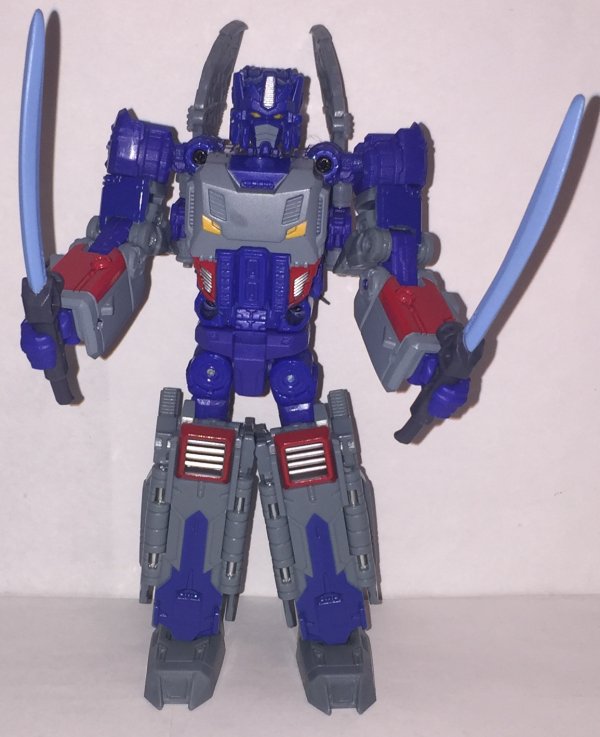 I am a little disappointed that he doesn’t come with his original weapons. They actually form his tail, so it’s a little odd that he has no tail. His swords are repainted from Transformers: Prime Deluxe Wheeljack. Unfortunately, due to the soft plastic and the bag being pulled against his head in the box, one of his ears is malformed. It sucks, but that’s what happens with this soft plastic. Convobat has a great paintjob.

Overall: It’s unfortunate that this was an exclusive, as it’s a little on the expensive side, and the lack of a body for Megalligator sucks, but this is a really cool set and well worth getting.

I’m 36 years old, and I work in network tech support for a public school system. I am a huge fan of Star Trek, Transformers, Harry Potter, and Marvel Comics as well as numerous other fandoms. I’m a big sports fan, especially the Boston Red Sox and the New England Patriots. I collect toys (mostly Transformers but other stuff too), comic books, and Red Sox baseball cards. I watch an obscene amount of television and love going to the movies. I am hopelessly addicted to Wizard Rock and I write Harry Potter Fanfiction, though these days I am working on a couple of different original YA novels.
View all posts by lmb3 →
This entry was posted in Toy Reviews, Toys, Transformers and tagged Ape X Arms, Convobat, Legends, Megalligator, Megatron, Mindwipe, Optimus Primal, Toys, Transformer Legends, Transformers, Wipe. Bookmark the permalink.