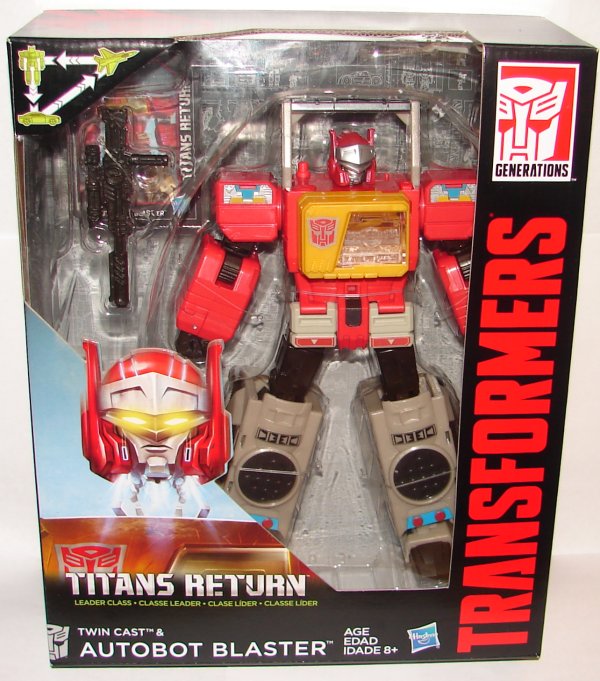 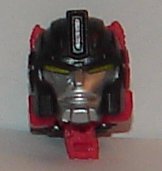 Titan Master: Twin Cast is the name of the Japanese Blaster Repaint.  I don’t hate using his name as Blaster’s Titan Master.  It’s better than most of the non-Headmasters turned Titan Masters.  But, if you’re going to use an existing character like this, then use his colors.  Blaster’s head sculpt is simply not Blaster.  It looks pretty cool, but is meaningless without the helmet on him.  They made Twin Cast look like Blaster which is stupid.  Paint him like Twin Cast.  How hard is that?  It’s not a great stretch of logic. 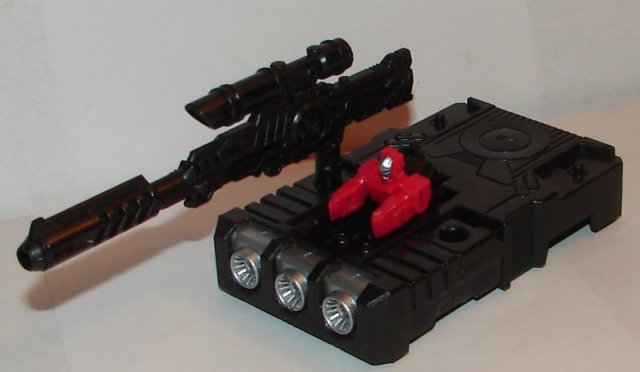 Vehicle Modes: His cassette player mode is pretty good.  I’d have liked a little more of a G1 look for him, but it’s not bad.  He has a black plastic box which doubles as a “cassette” (more on that later) and a vehicle for Twin Cast when Blaster is in cassette mode since there is no way to put Twin Cast inside Blaster.  As to the base mode, well, most Transformers base modes suck.  I mean, Trypticon looks cool, but there isn’t much too him.  Metroplex and Scorponok aren’t very good.  Fortress Maximus is awesome, but it’s because of how enormous he is.  (I’m talking about the G1s, to be clear, though Generations Metroplex’s base sucks too.)  Smaller bases are completely lackluster.  Blaster is no exception.

Robot Mode: Blaster looks awesome!  He’s truly amazing, definitely the best version of Blaster since G1.  Now, you can put the Legends Class “cassettes” in his chest one at a time.  I find this idiotic as they are not cassettes, they are cell phone/tablet hybrids.  If they wanted cassettes, the they should have made them cassettes.  That does nothing to take away from how amazing Blaster looks in robot mode.  His head sculpt with the helmet is awesome.

Overall: Blaster is an absolute must.  I look forward to him being remolded into Soundwave.