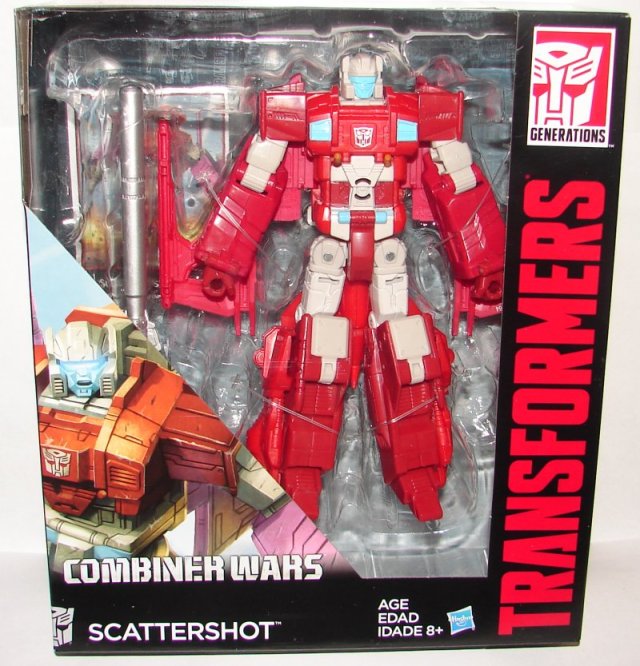 Scattershot is repainted and remolded from Aerialbot Silverbolt.  You can read my Silverbolt review here and my Cyclonus review here. 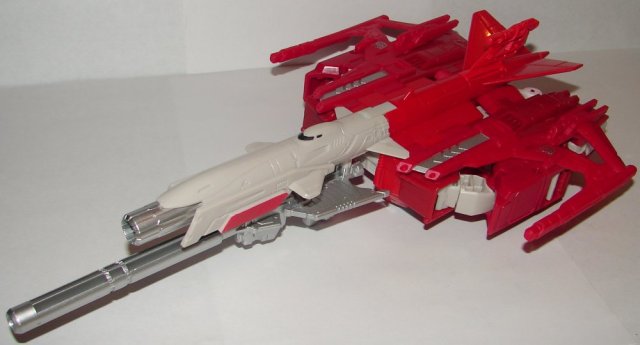 Vehicle Mode: Scattershot has been heavily remolded from Silverbolt.  He doesn’t look much like G1 Scattershot, they did give him vaguely similar wings.  While I am not thrilled with this toy, I figured this is what was going to happen.  It’s a pretty cool toy, aside from not looking like Scattershot.  On the other hand, I’ve never considered Scattershot’s vehicle mode anywhere near as iconic as the first four combiner leaders. 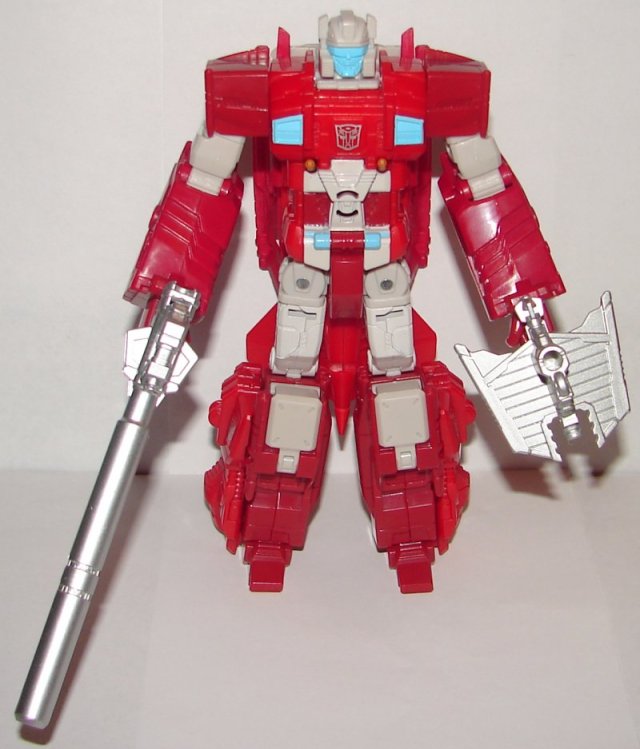 Overall: He’s certainly not perfect.  When Scattershot was announced without limbs, someone from Hasbro said that his combined mode with the second wave of Autobot limbs would be Betatron.  That clearly suggests we are getting Technobot limbs.  We know that Brawl is being remolded to Nosecone as that mold has already been shown as Botcon 2016 Ramhorn.  We can assume one of the cars, probably Streetwise, can be repainted and hopefully remolded into Lightspeed.  I am guessing that the Japanese Groove will be remolded into Afterburner and probably either one of the jets or the Japanese Blast Off remolded as Strafe.  As long as we ultimately get the whole set, I can live with Scattershot, but if they don’t do the limbs, then you can skip him.

I’m 36 years old, and I work in network tech support for a public school system. I am a huge fan of Star Trek, Transformers, Harry Potter, and Marvel Comics as well as numerous other fandoms. I’m a big sports fan, especially the Boston Red Sox and the New England Patriots. I collect toys (mostly Transformers but other stuff too), comic books, and Red Sox baseball cards. I watch an obscene amount of television and love going to the movies. I am hopelessly addicted to Wizard Rock and I write Harry Potter Fanfiction, though these days I am working on a couple of different original YA novels.
View all posts by lmb3 →
This entry was posted in Toy Reviews, Toys, Transformers and tagged Combiner Wars, Generations, Scattershot, Technobot, Toys, Transformers, Transformers Generations. Bookmark the permalink.