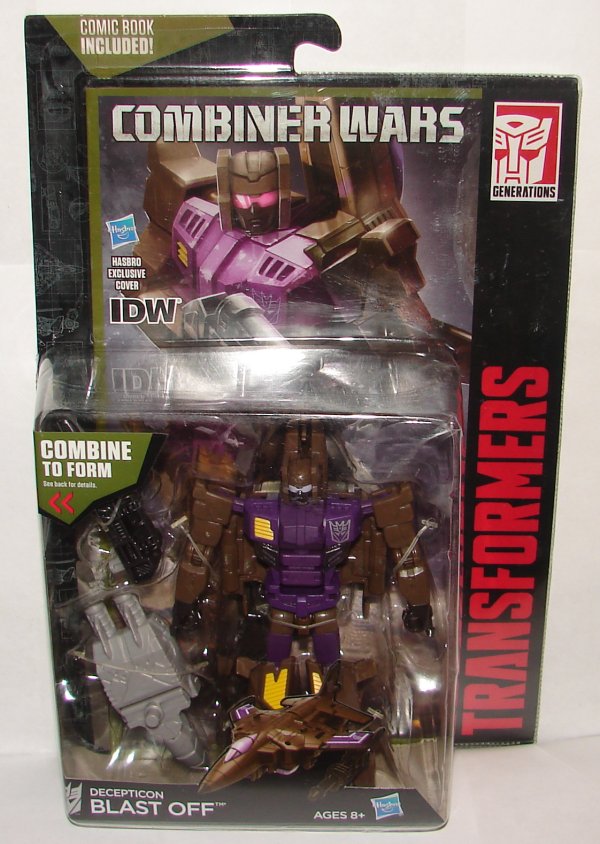 Blast Off is repainted and from Aerialbot Firefly.  You can read my Firefly review here and my Quickslinger review here. 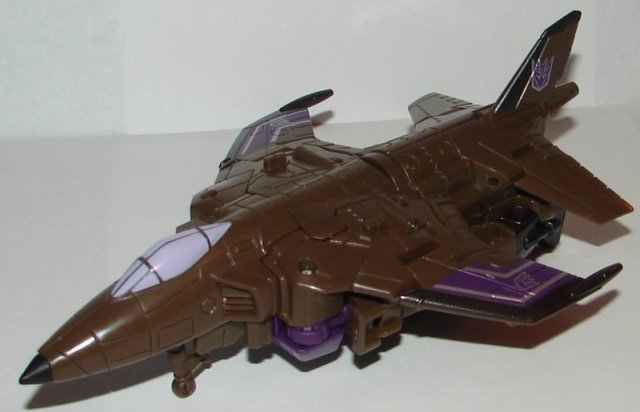 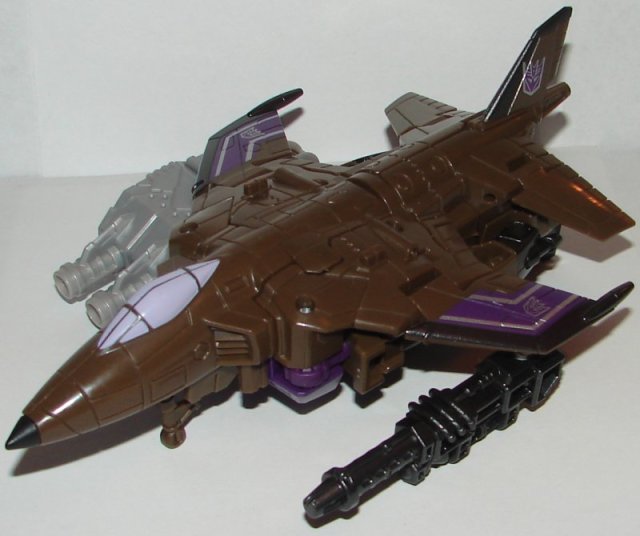 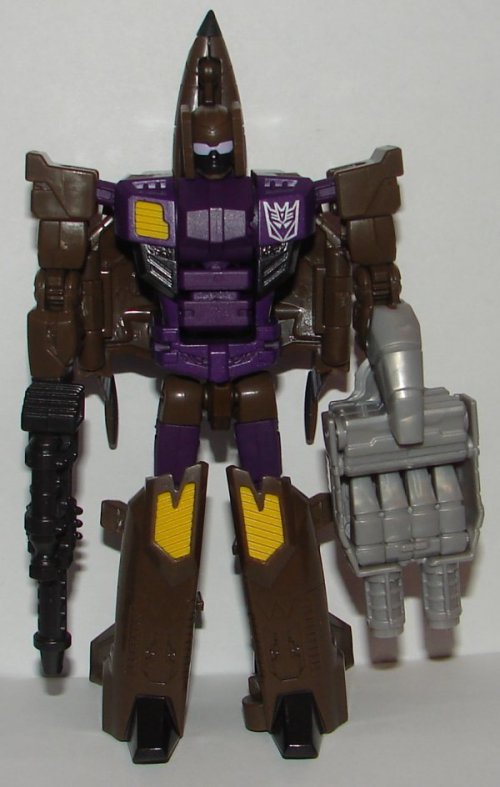 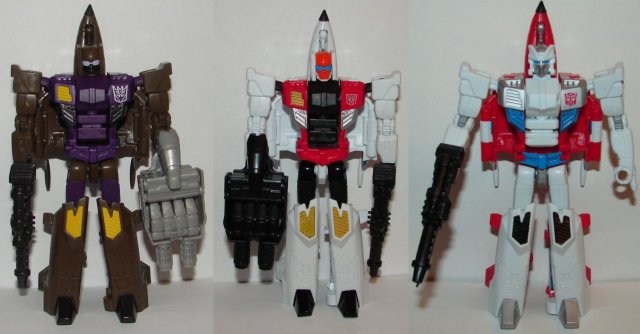 I have mixed feelings about Blast Off.  To be G1 accurate he needs to be a space shuttle.  However, logically, a military jet makes a lot more sense.  My biggest problem is that they didn’t even bother to give him a G1 accurate head.  That really sucks.  I mean, Hasbro is virtually synonymous with cheap at this point, but this is ridiculous.  What a joke.  They could have at least used a different head sculpt that would have been closer.  Blast Off doesn’t have a mouth.

I’m 36 years old, and I work in network tech support for a public school system. I am a huge fan of Star Trek, Transformers, Harry Potter, and Marvel Comics as well as numerous other fandoms. I’m a big sports fan, especially the Boston Red Sox and the New England Patriots. I collect toys (mostly Transformers but other stuff too), comic books, and Red Sox baseball cards. I watch an obscene amount of television and love going to the movies. I am hopelessly addicted to Wizard Rock and I write Harry Potter Fanfiction, though these days I am working on a couple of different original YA novels.
View all posts by lmb3 →
This entry was posted in Toy Reviews, Toys, Transformers and tagged Blast Off, Combaticon, Combiner Wars, Generations, Toys, Transformers, Transformers Generations. Bookmark the permalink.