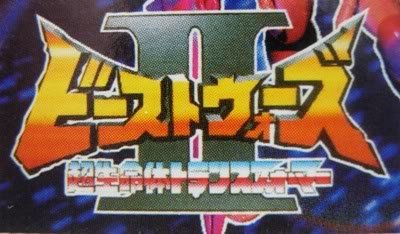 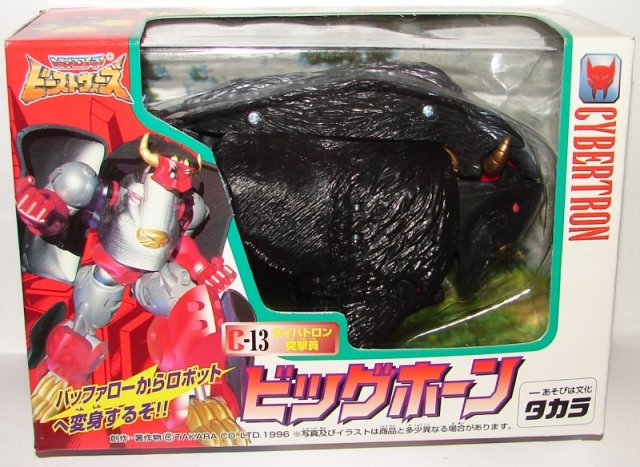 Back in the glory days of Beast Wars, after the initial series in Japan, Takara decided to start making new beast molds on their own.  We got the fantastic Lio Convoy and Galvatron toys, repaints of a number of G1 and G2 toys, including two that had never been previously released.  We also got a lot of straight repaints of American Beast Wars toys.  I picked up all the new, G1, and G2 molds, but not the Beast Wars repaints.  I was looking at stuff on ebay and found 4 deluxe and 2 mega molds that I didn’t get back then, really cheap, so I picked them up.  All are repaints, slight to total accept one.  I thought I’d review them since when I got them out of the box I got a little nostalgic for toys that I hadn’t thought much of back in the day, but seem so much better with the passage of time. 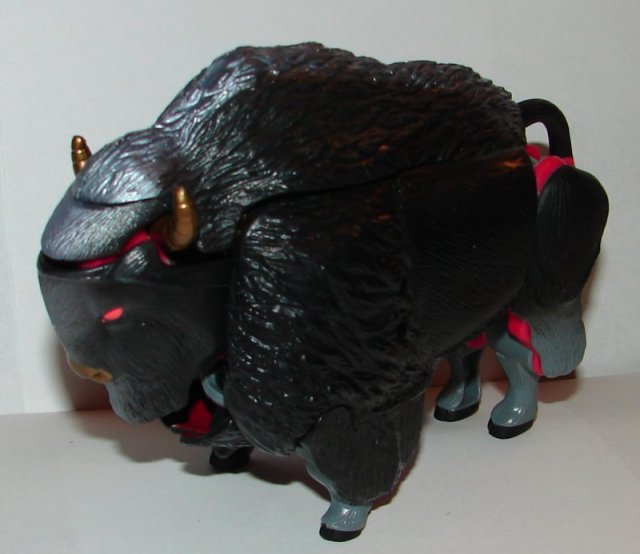 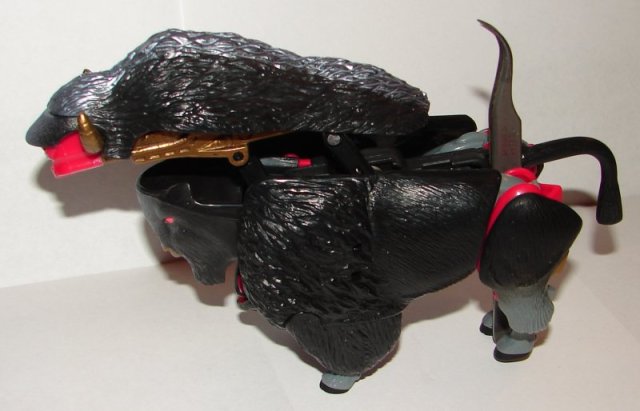 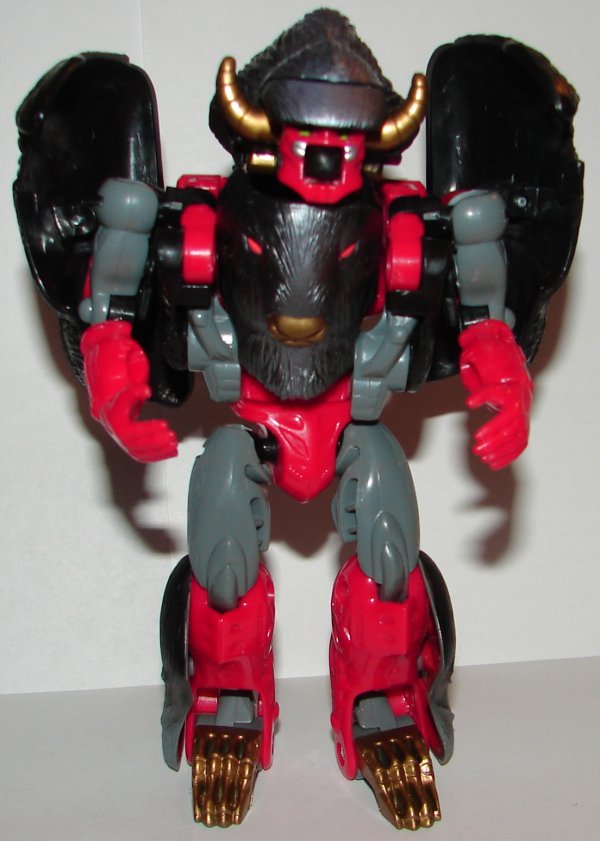 I wasn’t a huge fan of Bonecrusher, the American version of this toy, but seeing it again after all these years, I must admit, it’s grown on me.  Bighorn is a Bison.  He’s mostly black but has a few nice paint apps.  He has a neat action feature, where you pull his tail and he launches a missile.  I stuck a pair of tweezers in the mechanism to keep it stuck open so you can see it.  It’s pretty cool.  In robot mode he’s big and bulky, much like his animal mode.  His action feature works in this mode too, the missile firing from his robot mouth.  Not a huge fan of that, but it’s not awful.

Overall: This is a pretty cool toy, just holding it in his hand you can tell you’re getting your money’s worth, unlike a lot of newer toys.