I have very little to say about these.  It still annoys me that we have not had Micro-Changers of most core TF characters and gets Custom Kreons instead (not true of this wave, I’m just saying).  They’re nothing special.  These ones never made it to stores in the USA.  I had to get mine from Canada, and I don’t want to talk about what they cost.  The one interesting thing to note, is that if you built them with the gray parts and silver helmets, they are the same approximate colors as in the movie.  Or you can used the colored parts and make them look more like the toys. I didn’t use the chromed helmets as they are really hard to get them off the heads.

These also bring the AOE Kre-O line to an end.  Well, with the exception of the Elite Optimus Prime which some idiotic jackasses decided to only release at a foreign convention and at Canadian TRU stores for one day.  Fucking idiots. 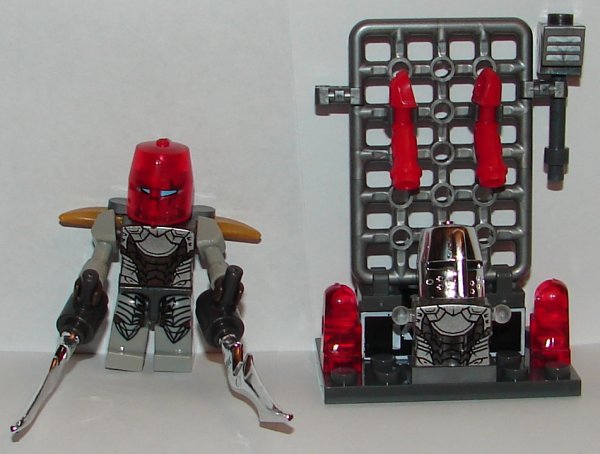 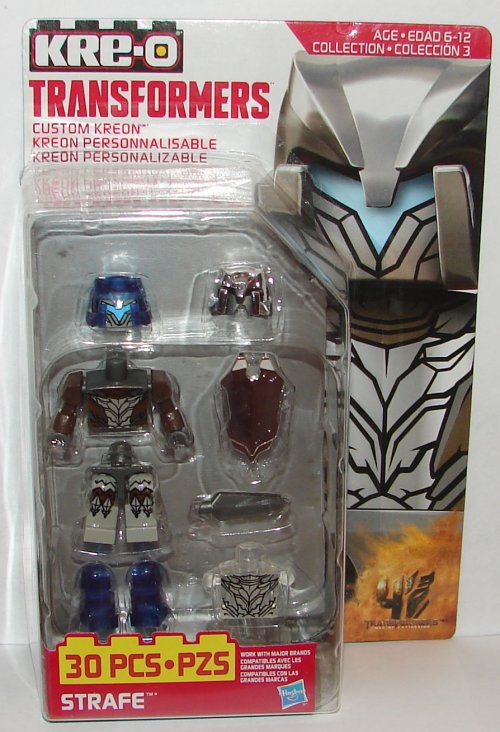 I’m 36 years old, and I work in network tech support for a public school system. I am a huge fan of Star Trek, Transformers, Harry Potter, and Marvel Comics as well as numerous other fandoms. I’m a big sports fan, especially the Boston Red Sox and the New England Patriots. I collect toys (mostly Transformers but other stuff too), comic books, and Red Sox baseball cards. I watch an obscene amount of television and love going to the movies. I am hopelessly addicted to Wizard Rock and I write Harry Potter Fanfiction, though these days I am working on a couple of different original YA novels.
View all posts by lmb3 →
This entry was posted in Toy Reviews, Toys, Transformers and tagged Age of Extinction, AOE, Custom Kreon, Custom Kreons, Customizable Kreon, Customizable Kreons, Grimlock, Kre-O, Scorn, Slag, Slug, Strafe, Swoop, Toys, Transformers, Transformers: Age of Extinction. Bookmark the permalink.