Before we get to the toys, it must be said that Hasbro’s poor showing for Age of Extinction seems to be continuing into Robots in Disguise.  None of the RID toys I’ve got yet have the class designation on the packages.  Three Step Changers say they change in three step, so they sort of do, but that is not the same thing as putting the class on the box.  These were also supposedly to be called Hyperchange Heroes, but as that is not on the package it is meaningless crap.

Bumblebee is pretty decent, but has two glaring problems.  His head doesn’t sit straight, he’s looking at the ground.  If this were off the shelf, I would think I might have gotten one damaged by a kid at the store, since it’s an open front package, but I got this from Amazon.com, so that shouldn’t be the problem.  I would hope that at some point Hasbro would fix this molding problem, so I will keep an eye out for a corrected version, but I’m not going to hold my breath.  The other problem is that it takes more than three steps to transform him. To go from robot to vehicle you have to (1) pull down his legs, (2) rotate his legs 180 degrees, (3) squeeze his arms together, (4) push his legs back up.  Pretty hard to call him a Three Step Changer when he changes in four steps. 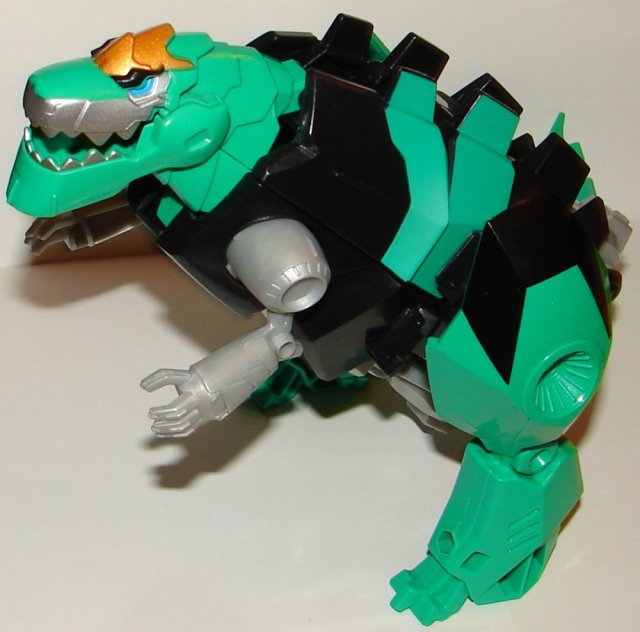 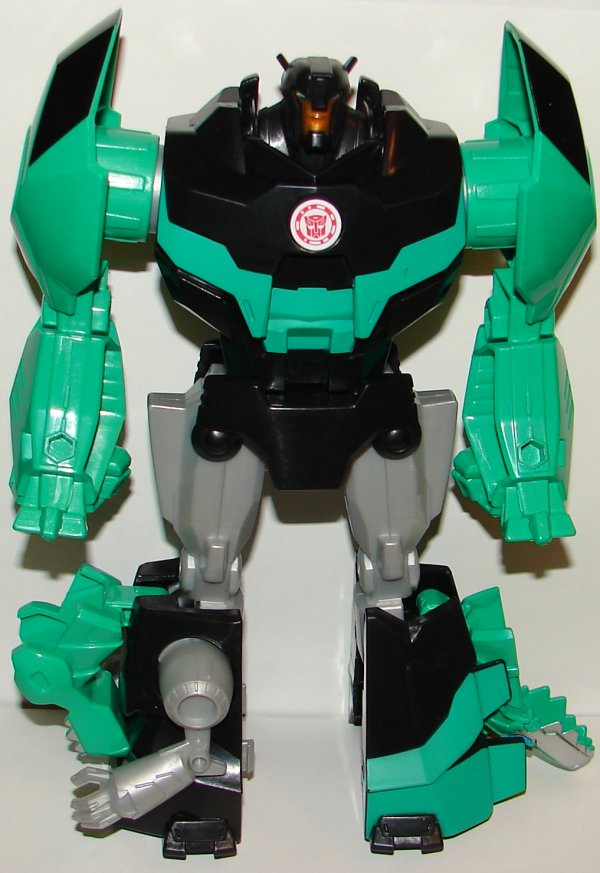 Grimlock looks really cool.  He sort of transforms in three steps, but not quite.  The thing about One Step Changers is they actually transform in one single motion.  These just don’t transform in three steps.  I do love the look of Grimlock’s dinosaur mode.  If nothing else, RID has done a great job on that.

Overall: They aren’t bad if you don’t mind your Three Step Changers transforming in four steps.  They are a little pricey at $22.  These seem to be the replacement for Voyager in the RID line, and that just sucks.  I would love a true RID Voyager Grimlock.

I’m 36 years old, and I work in network tech support for a public school system. I am a huge fan of Star Trek, Transformers, Harry Potter, and Marvel Comics as well as numerous other fandoms. I’m a big sports fan, especially the Boston Red Sox and the New England Patriots. I collect toys (mostly Transformers but other stuff too), comic books, and Red Sox baseball cards. I watch an obscene amount of television and love going to the movies. I am hopelessly addicted to Wizard Rock and I write Harry Potter Fanfiction, though these days I am working on a couple of different original YA novels.
View all posts by lmb3 →
This entry was posted in Toy Reviews, Toys, Transformers and tagged 3 Step Changer, Bumblebee, Grimlock, RID, Robots in Disguise, Three Step Changer, Toys, Transformers, Transformers: Robots in Disguise. Bookmark the permalink.