At Botcon 2005, I picked up a World’s Smallest Transformers Ultra Magnus fully transformable trailer.  Back then Takara offered some kind of one day license to manufacture items in limited quantity.  Not sure how exactly that worked, but the boxes had an official Takara sticker making them essentially legal third party toys.

In 2007 I picked up a WST Megatron with a stock and silencer, which I believe were made by the same person/company.

I missed out on the WST Stepper, which I think must have come out in 2006, a repainted Jazz with all accessories including his Targetmaster, gun, missile launcher, and mount.  I’ve been looking for it ever since with no luck. 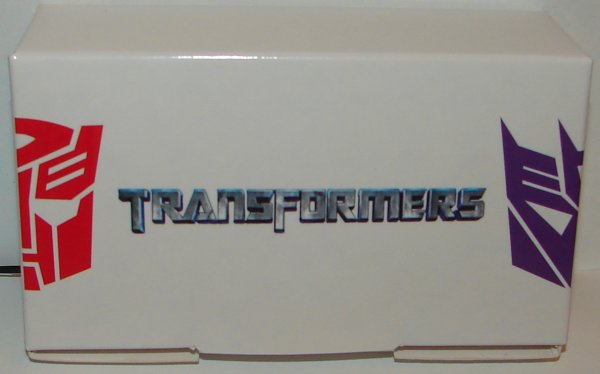 I was on ebay searching for a WST Blitzwing which I must have missed at some point, and by accident I found Stepper for only $21 shipped!

Now, I don’t know if it is made by the same person who made the Magnus trailer and Megatron parts I have.  He is made by Heerotoys.com.  What’s more, if you go to their web site, they have tons of reasonably priced WST toys.  I’ve picked up a few more, including a G2 Breakdown, G2 Starscream, G2 Ramjet, G2 Optimus Prime, a translucent Bumblebee.  They have the Magnus with trailer available in multiple color schemes, as well as many more.  For anyone who loved WST toys as much as I did, this site has some really cool stuff.

It should be noted that I bought my Stepper on eBay last week, but I’m not sure I bought it directly from them.  I bought the others through their web site today.  I have no reason to doubt their reliability, but I can’t speak to it.

I’m 36 years old, and I work in network tech support for a public school system. I am a huge fan of Star Trek, Transformers, Harry Potter, and Marvel Comics as well as numerous other fandoms. I’m a big sports fan, especially the Boston Red Sox and the New England Patriots. I collect toys (mostly Transformers but other stuff too), comic books, and Red Sox baseball cards. I watch an obscene amount of television and love going to the movies. I am hopelessly addicted to Wizard Rock and I write Harry Potter Fanfiction, though these days I am working on a couple of different original YA novels.
View all posts by lmb3 →
This entry was posted in Toy Reviews, Toys, Transformers and tagged Jazz, Megatron, Stepper, Toys, Transformers, Ultra Magnus, World’s Smallest Transformers, WST. Bookmark the permalink.