It seems to have taken forever, but AOE Walmart exclusives have actually shown up in stores.  There are three different Bumblebee and Stinger Legends (1-Pack, 2-Pack, and 3-Pack) and two Optimus Primes (1-Pack and 2-Pack).  These are labeled in the toy comparison photos below. 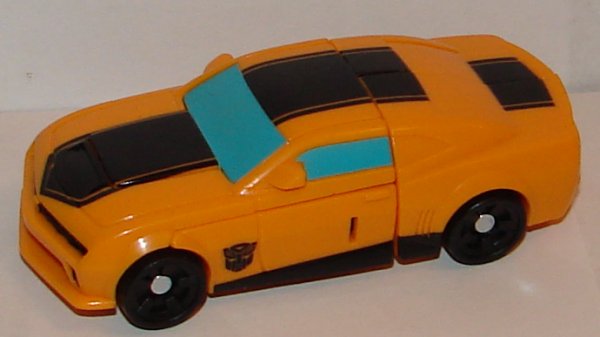 This Bumblebee is made from the first RotF Legend mold just like the 2-Pack version.  While they failed to paint his back window, this one is a darker orange-yellow color and looks really nice. 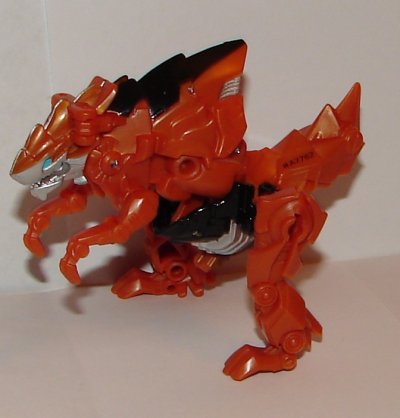 Grimlock is repainted from the Transformers: Prime: Beast Hunters Legion Rippersnapper mold.  It’s been nicely painted, but it’s such an awful mold, I think they would have been better off repainting the Optimus Prime Legend as AOE Megatron. 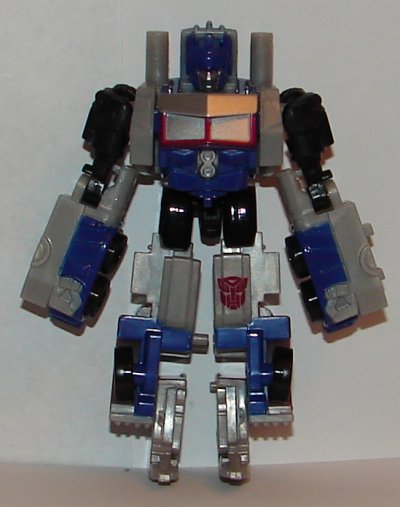 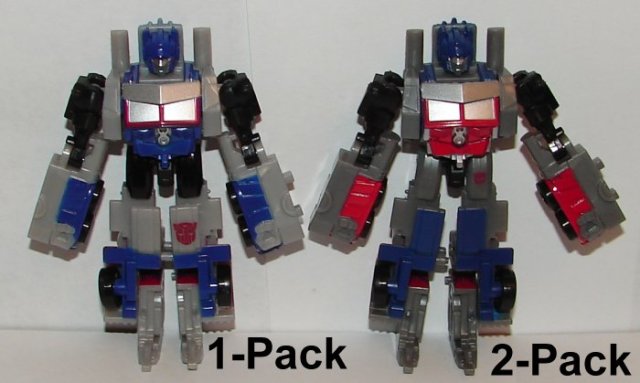 Optimus Prime is a repaint of the RotF Legend Optimus Prime.  This has a better color scheme than the 2-Pack. 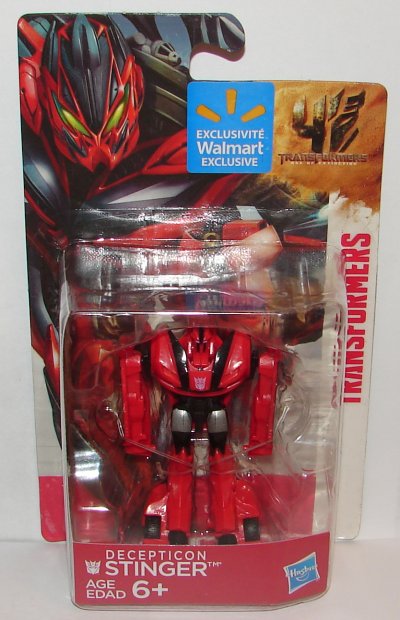 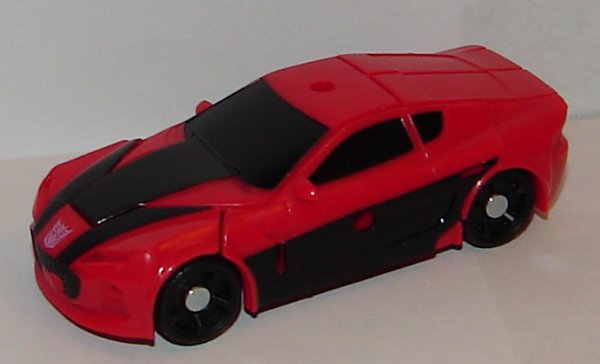 Like the 3-Pack, Stinger is made from the Transformers: Prime: Beast Hunters Legion Knock Out.  The black markings on his hood look really cool.  They painted his feet which was nice.  Seems like there was a firm rule as to how much painting they could do, which is why neither this nor the 3-Pack version is perfect.  (You could take them apart and make one awesome one.)

Overall:  At $6, these are cheap, and all are nice accept Grimlock.  His mold is so bad I’d say you can skip that one.

I’m 36 years old, and I work in network tech support for a public school system. I am a huge fan of Star Trek, Transformers, Harry Potter, and Marvel Comics as well as numerous other fandoms. I’m a big sports fan, especially the Boston Red Sox and the New England Patriots. I collect toys (mostly Transformers but other stuff too), comic books, and Red Sox baseball cards. I watch an obscene amount of television and love going to the movies. I am hopelessly addicted to Wizard Rock and I write Harry Potter Fanfiction, though these days I am working on a couple of different original YA novels.
View all posts by lmb3 →
This entry was posted in Toy Reviews, Toys, Transformers and tagged Age of Extinction, AOE, Bumblebee, Grimlock, Knock Out, Knockout, Legends, Optimus Prime, Rippersnapper, Stinger, Toys, Transformers, Transformers: Age of Extinction, Wal-Mart, Walmart. Bookmark the permalink.