Color Variation: As you can see from the above pictures, there is a color variant on Leader Optimus Prime. The first picture is the dark red paint version, the second is the light red paint version. It is pretty easy to tell the difference, they are very distinctive. The first report of the variant I saw said the lighter one was purchased at Target. I bought my first one, which was dark red, at Toys R Us, and the lighter one the next day at a Target that had not yet put out it’s movie toys. No idea on Walmart or Kmart. They had little to nothing on Saturday. I guess we’ll have to wait and see which version is more common or was produced first. 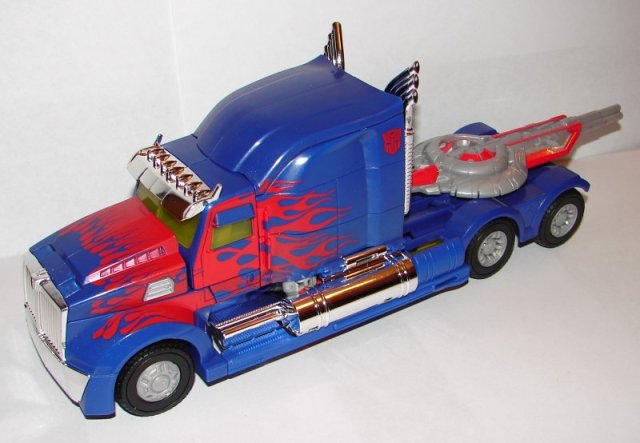 Vehicle Mode: While I didn’t love the First Edition Leader Optimus Prime, I didn’t hate it either. This one however, is a much better toy. It has chrome gas tanks, smoke stacks, and visor. The cab is longer and more detailed, and the yellow windows look great. I love Prime’s new truck mode in general, and this is the best of the two versions by far. 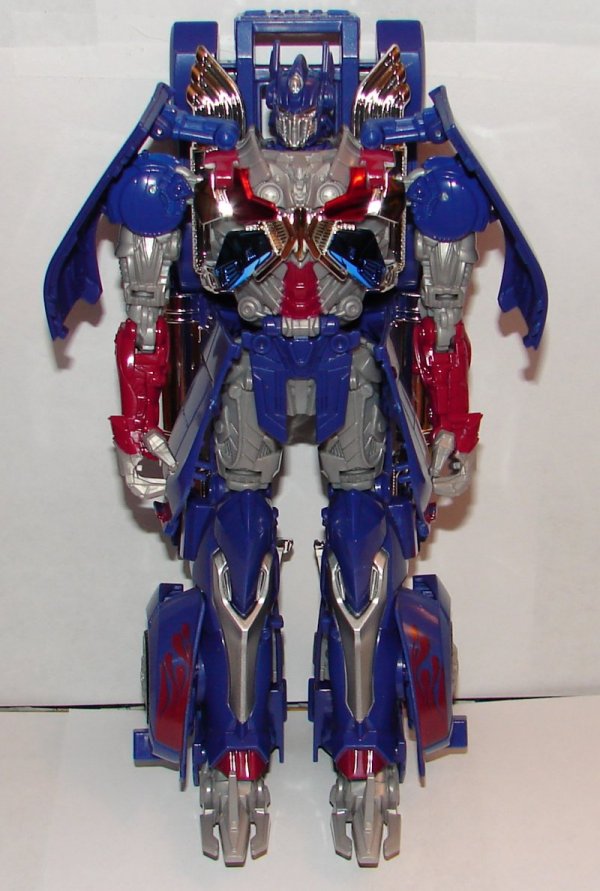 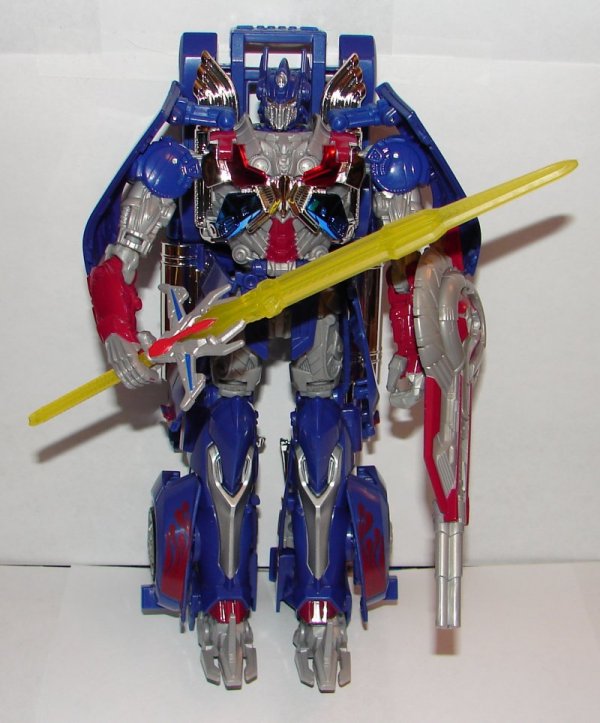 Robot Mode: His robot mode is awesome and looks much better than the First Edition, with a smaller “backpack”, and legs that are less blocky. I love the red, blue, and silver chrome. The painted sword looks awesome, and the combination gun and shield looks much better than I thought it would. He’s got a great head sculpt and paint apps. Just a really great toy all around.

Overall: This one is a must.

I’m 36 years old, and I work in network tech support for a public school system. I am a huge fan of Star Trek, Transformers, Harry Potter, and Marvel Comics as well as numerous other fandoms. I’m a big sports fan, especially the Boston Red Sox and the New England Patriots. I collect toys (mostly Transformers but other stuff too), comic books, and Red Sox baseball cards. I watch an obscene amount of television and love going to the movies. I am hopelessly addicted to Wizard Rock and I write Harry Potter Fanfiction, though these days I am working on a couple of different original YA novels.
View all posts by lmb3 →
This entry was posted in Toy Reviews, Toys, Transformers and tagged Age of Extinction, AOE, Leader, Optimus Prime, Toys, Transformers, Transformers: Age of Extinction. Bookmark the permalink.