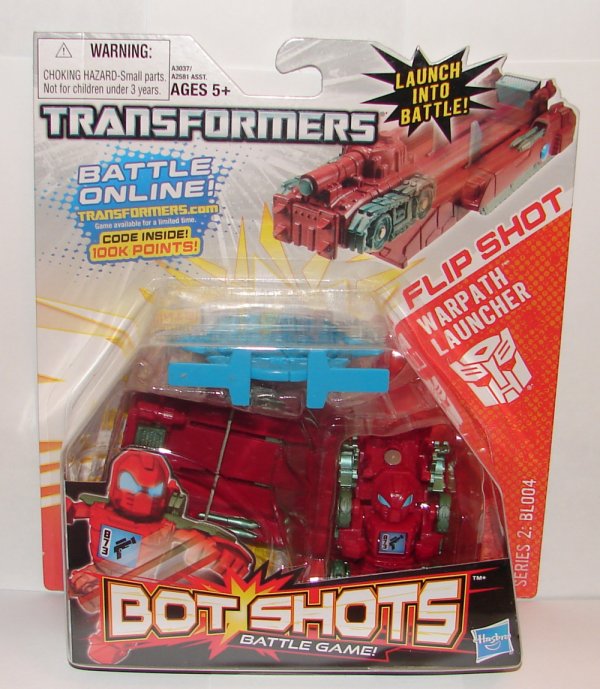 Before I get to the specifics, you can read my thoughts on the Bot Shots concept here, the online video game here, and the new Flip Shot, Spin Shot, and Jump Shot designs for 2013 here. 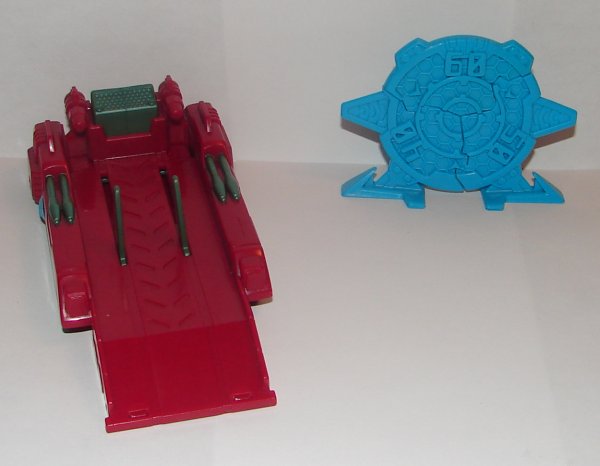 Launchers: Unlike the original launchers that had the launcher transforming into a trailer, these are just launchers that don’t actually do anything else.  Feels like Hasbro got lazy again.  What else is new.  Warpath’s launcher is repainted from Bumblebee’s, while Cryo Scourge’s is a new mold.  Scourge comes with repainted energon cubes from the Optimus Prime launcher.  Warpath has a target which falls into three pieces either if you send a Bot Shot towards it or if you look at it funny. 🙂

Cryo Scourge: He’s another repaint of the single pack Scourge Spin Shot (the second repaint was in a 3-pack).  I like the coloring and that he is an homage to Cybertron Cryo Scourge.

Warpath: Flip Shot Brawl has been given a new head and a new paint job to make Warpath.  He looks really great in these colors.

Overall: While the original launcher toys were far from perfect, they were considerably better than these, though I do like the Bot Shots themselves.

I’m 36 years old, and I work in network tech support for a public school system. I am a huge fan of Star Trek, Transformers, Harry Potter, and Marvel Comics as well as numerous other fandoms. I’m a big sports fan, especially the Boston Red Sox and the New England Patriots. I collect toys (mostly Transformers but other stuff too), comic books, and Red Sox baseball cards. I watch an obscene amount of television and love going to the movies. I am hopelessly addicted to Wizard Rock and I write Harry Potter Fanfiction, though these days I am working on a couple of different original YA novels.
View all posts by lmb3 →
This entry was posted in Toy Reviews, Toys, Transformers and tagged 3-Packs, Bot Shots, Cryo Scourge, Flip Shots, Launchers, Scourge, Spin Shots, Three Packs, Toys, Transformers, Warpath, Wave 2. Bookmark the permalink.