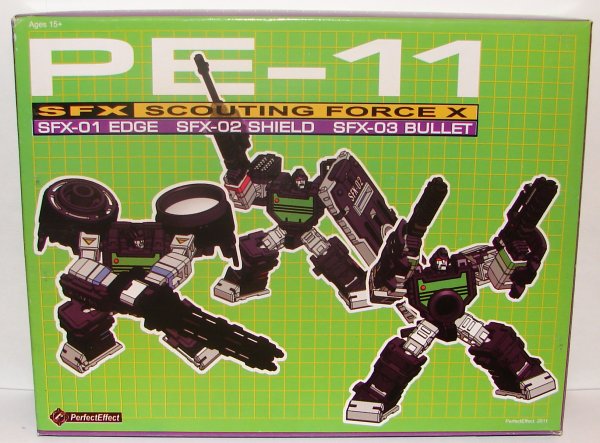 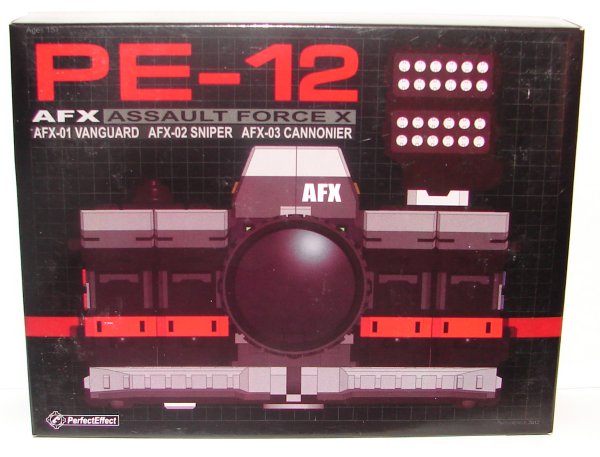 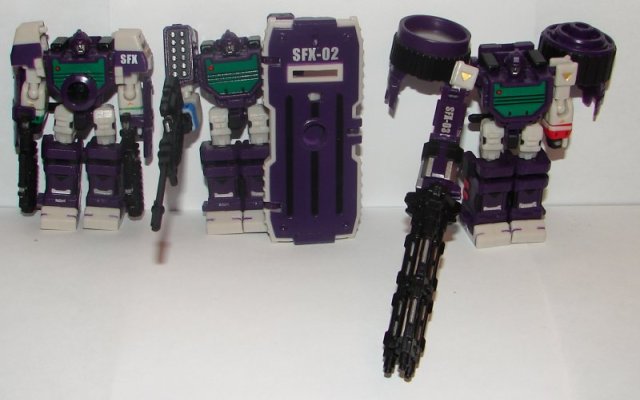 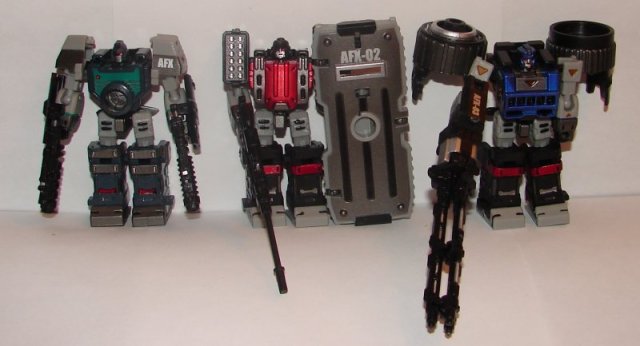 Robot Mode: I’m honestly not certain which name corresponds to which toy.  It might be on the instruction sheet, but I don’t have that in front of me, so I’m just going to start on the left in the photos above and call them #1, #2, and #3.

The two sets have identically molded accessories (though they may have made minor adjustments to Assault Force X’s knife accessories to make them fit a little bit better into their holders).  The robot heads are different on all three, and the chests are changed on two of the toys.  They also have not just different paint schemes, but differently placed paint apps making them look very different.

Each robot has a knife with a holder that clips onto their back.  A knife and it’s holder can also be stored in the back of the shield.  The other guns, shoulder shields, shoulder launchers, arm shields, and jetpack are all pretty clearly seen in the pictures.

They look absolutely amazing in robot mode.  Clearly a lot of design work went into this.  They are rather small, a little shorter than the average Legends/Legion figure. 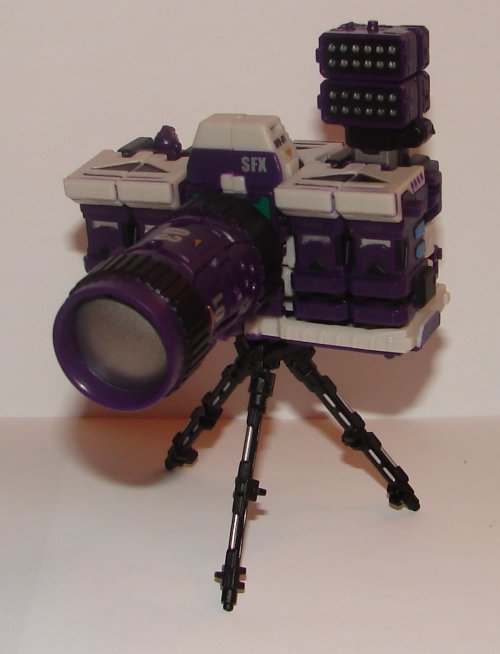 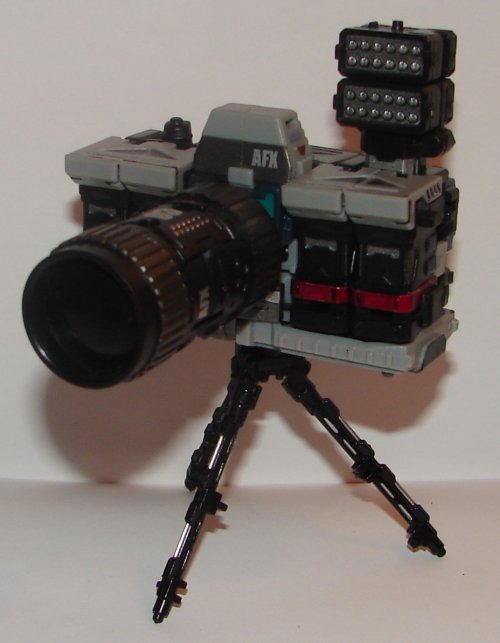 Camera Mode: I’m going to try to explain where all the accessories go in camera mode.  The jetpack from robot #3 above becomes the bulk of the lens.  The two guns from robot #1 and the gun from robot #2 (without the barrel extension and scope) go inside the lens.  The arm shields on #1 form the sides on the lens, and two of the knives and knife holders go on the inside of the shields.  If you’re counting, that’s a total of ten accessories that are stored and comprise the lens.  This is masterfully designed.

Robot #2’s barrel extension, scope, and the third knife and holder connect onto the back of the shield, which forms the bottom of the camera.  This is a great design, as it helps to hold the whole thing together.

Overall: I got a good deal on these, $60 each.  They seem to go for a little more than that online.  If you only want one, I guess it’s up to you if you prefer the cartoon or toy design, both look great, you really can’t go wrong with either.

I’m 36 years old, and I work in network tech support for a public school system. I am a huge fan of Star Trek, Transformers, Harry Potter, and Marvel Comics as well as numerous other fandoms. I’m a big sports fan, especially the Boston Red Sox and the New England Patriots. I collect toys (mostly Transformers but other stuff too), comic books, and Red Sox baseball cards. I watch an obscene amount of television and love going to the movies. I am hopelessly addicted to Wizard Rock and I write Harry Potter Fanfiction, though these days I am working on a couple of different original YA novels.
View all posts by lmb3 →
This entry was posted in Toy Reviews, Toys, Transformers and tagged Assault Force X, Bullet, Cannonier, Edge, Perfect Effect, Reflector, Scouting Force X, Shield, Sniper, Spectro, Spyglass, Third Party, Toys, Transformers, Vanguard, Viewfinder. Bookmark the permalink.