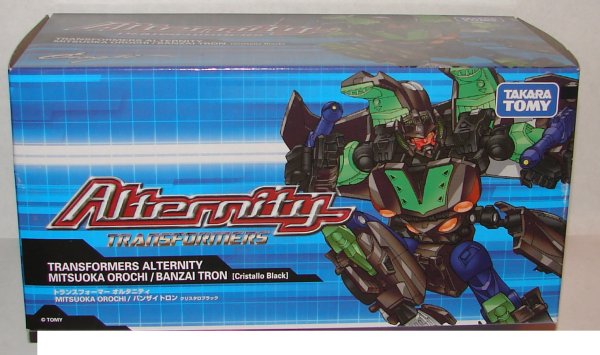 The recently released Alternity Banzai Tron uses the Mitsuoka Orochi mold that was previously used for Starscream, Skywarp, and Thundercracker.  I’m really not sure why we needed another toy with this mold.  Of note, his name is not hyphenated.  Previous uses of this name (G1 Action Master and Botcon Exclusive) were hyphenated.  The other use of this toy was for the Transformers 2010 Voyager Banzaitron, where it was shortened to one word.  Seems no one can figure out what to call him. 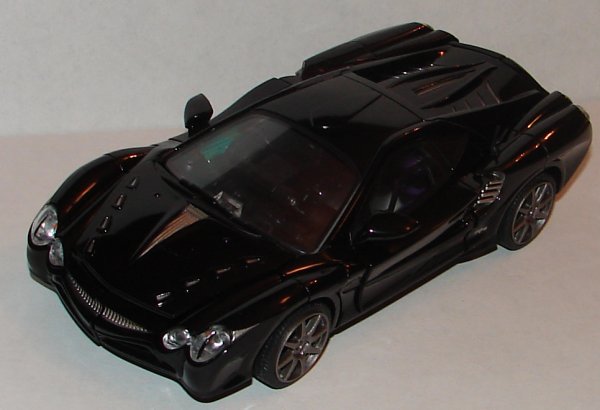 Vehicle Mode: There is no question his car mode is very cool.  I would have preferred some color instead of the all black.  We really don’t know what Banzai-Tron’s vehicle mode was (unlike most Action Masters you can’t tell what his alternate mode would be).  The 2010 Voyager Banzaitron is the only official information we have for his vehicle mode and he’s a tank.  But I guess he’s not the first toy to get a random vehicle mode. 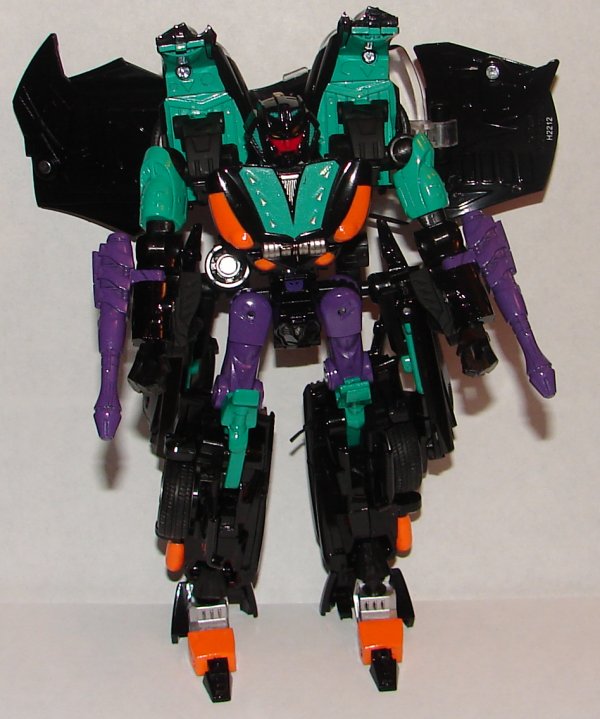 Robot Mode:  I love the color scheme of his robot mode, black, green, orange, and purple.  He looks really nice.  Since this mold was designed to be Starscream, Skywarp, and Thundercracker, he has wings.  The previous releases had stripes painted on the front facing surface of the wings (I believe they all did, I know Starscream had them).  It would have been nice to put a little color there.

Overall:  A very nice toy, but I’m not certain why he was made.  I was sure that Alternity was dead, and then these Asian exclusives (Galvatron being the other one) showed up with their prices jacked up much higher than their predecessors.

I’m 36 years old, and I work in network tech support for a public school system. I am a huge fan of Star Trek, Transformers, Harry Potter, and Marvel Comics as well as numerous other fandoms. I’m a big sports fan, especially the Boston Red Sox and the New England Patriots. I collect toys (mostly Transformers but other stuff too), comic books, and Red Sox baseball cards. I watch an obscene amount of television and love going to the movies. I am hopelessly addicted to Wizard Rock and I write Harry Potter Fanfiction, though these days I am working on a couple of different original YA novels.
View all posts by lmb3 →
This entry was posted in Toy Reviews, Toys, Transformers and tagged Alternity, Banzai Tron, Toys, Transformers. Bookmark the permalink.