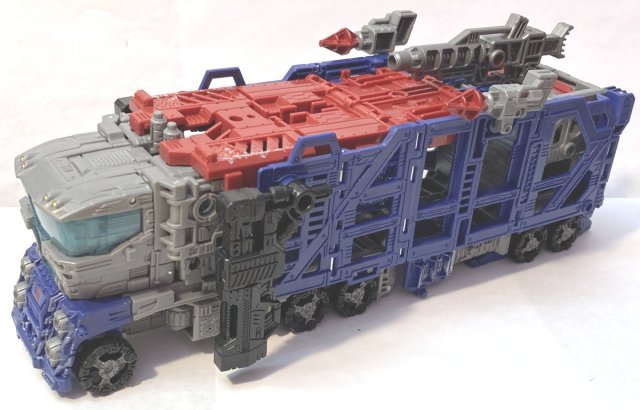 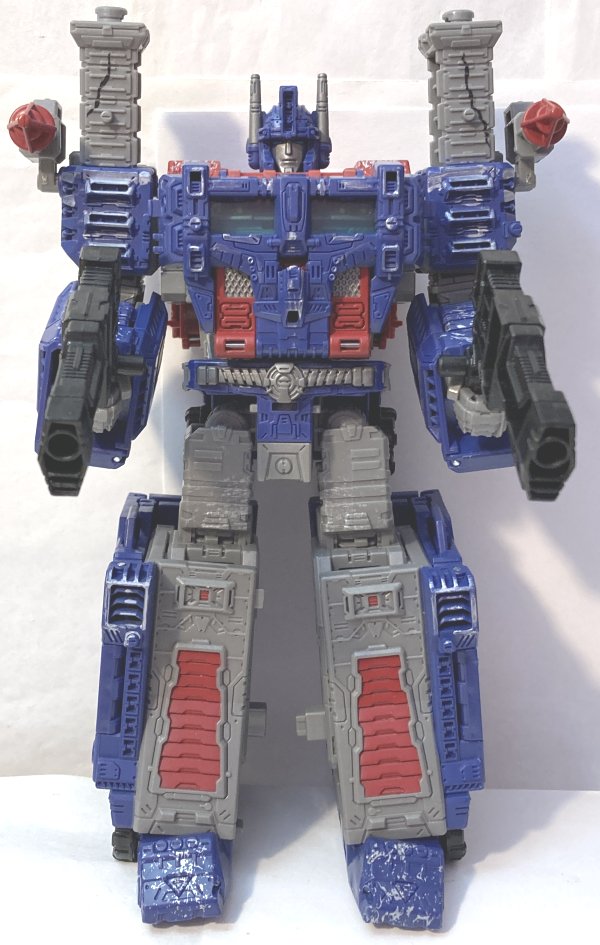 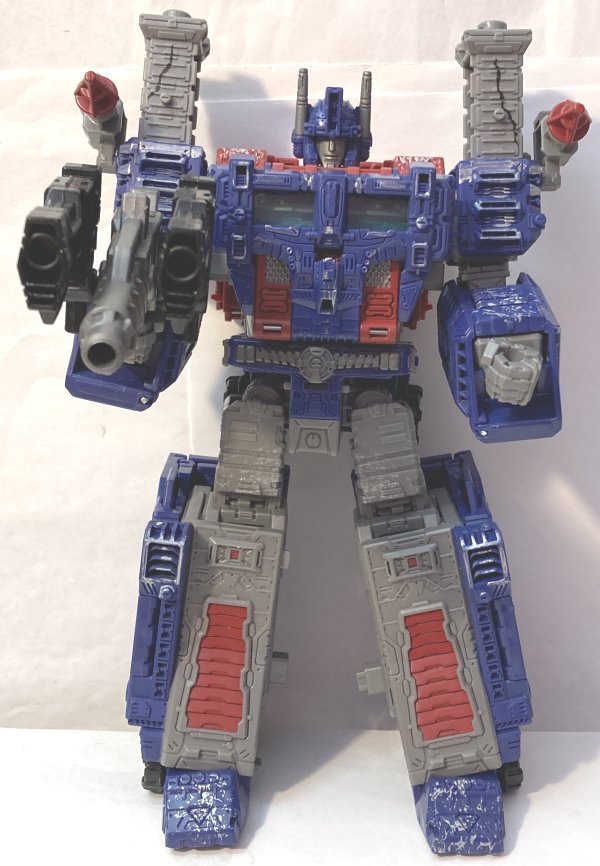 Ultra Magnus is now gray, white, and blue to better match the War for Cybertron Netflix series. It’s a nice looking toy, but I would have rather had the superior Kingdom mold.