Jazwares has resurrected the Micro Machines brand under license from Hasbro. Good luck finding them in stores. I have yet to find a single Transformers Micro Machine item in store. Walmart does not even seem to carry the brand at all, I only see them at Target. 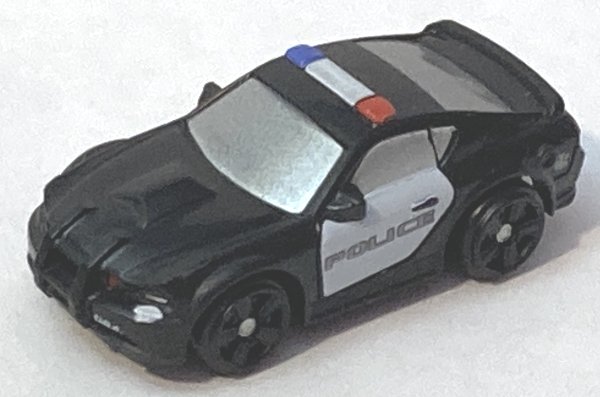 I was disappointed when I saw Barricade that he did not include his trademark phrase on his fender, but then I flipped him around and found it. Too bad it’s not on both sides, but at least it says “To punish and enslave!” on one side. 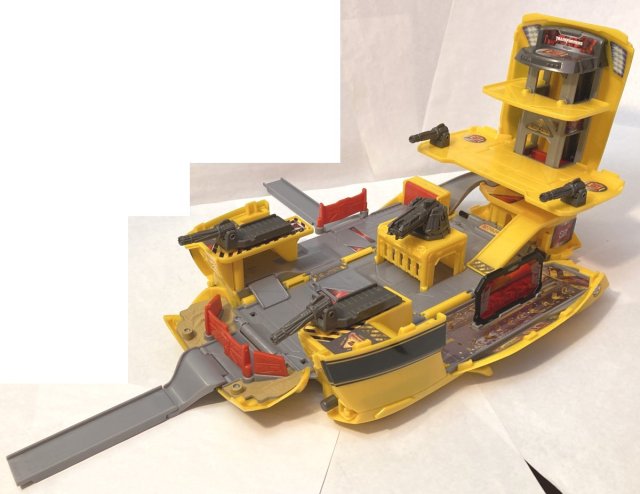 Playset Mode: The playset has all kinds of ramps and gates and guns and an elevator, etc., etc. It doesn’t do much for me, since for them to use a lot of this stuff, it they would need to transform to make it make sense. Clearly they aren’t really trying it to make sense.

Overall: Honestly, the playset doesn’t do much for me, but I’m sure kids will like it, if they can find it.

I’m 36 years old, and I work in network tech support for a public school system. I am a huge fan of Star Trek, Transformers, Harry Potter, and Marvel Comics as well as numerous other fandoms. I’m a big sports fan, especially the Boston Red Sox and the New England Patriots. I collect toys (mostly Transformers but other stuff too), comic books, and Red Sox baseball cards. I watch an obscene amount of television and love going to the movies. I am hopelessly addicted to Wizard Rock and I write Harry Potter Fanfiction, though these days I am working on a couple of different original YA novels.
View all posts by lmb3 →
This entry was posted in Toy Reviews, Toys, Transformers and tagged Barricade, Bumblebee, Toys, Transformers. Bookmark the permalink.