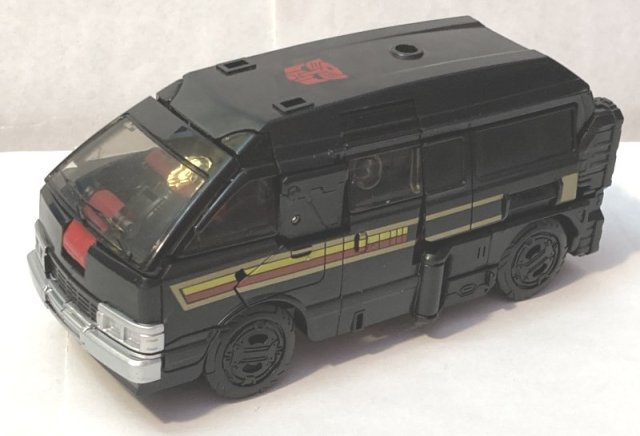 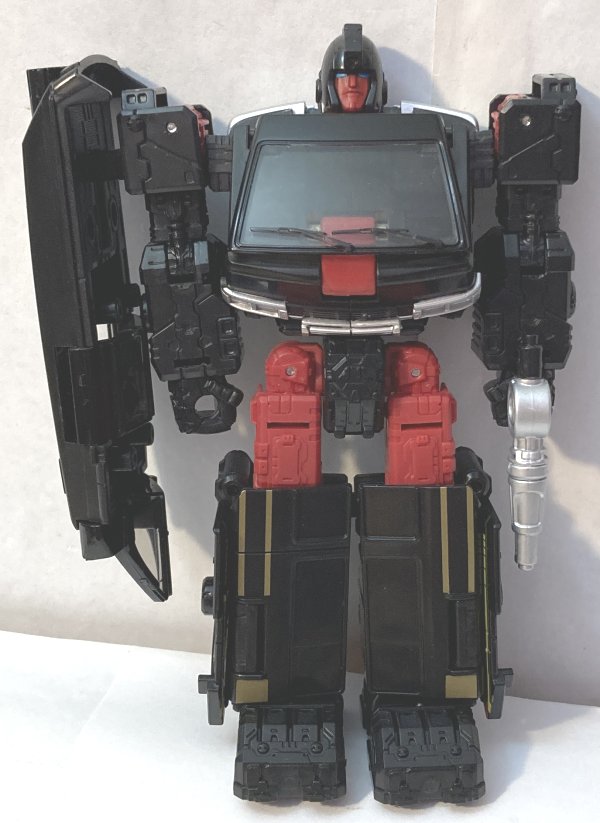 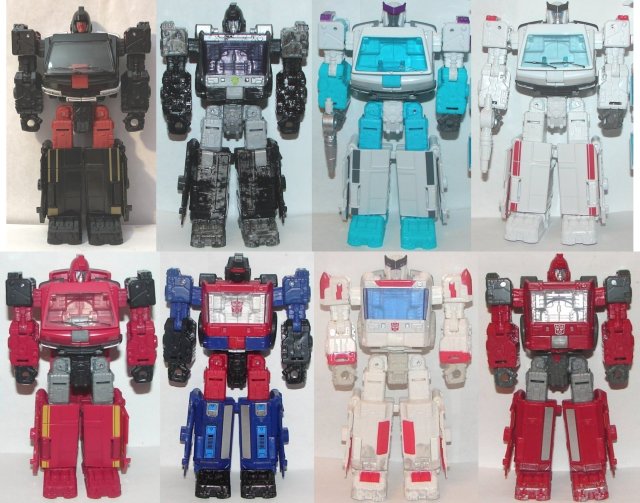 Guard? Really? Hasbro does not have enough imagination left to come up with a better name than Guard? Wow. I hate when they reuse GI Joe names, but they did it for Lift-Ticket, so why not? Snake Eyes, Bazooka, Firefly, Major Blood, just pick one. Viper would have been a good name for him. Anyway. Guard looks awesome in vehicle mode. I love this mold in black. In robot mode he looks great. I wish they had made the connector that connects his windshield black, as the red looks out of place there.

Overall: Guard is cool. Probably a must for Diaclone fans, but otherwise probably an easy skip.