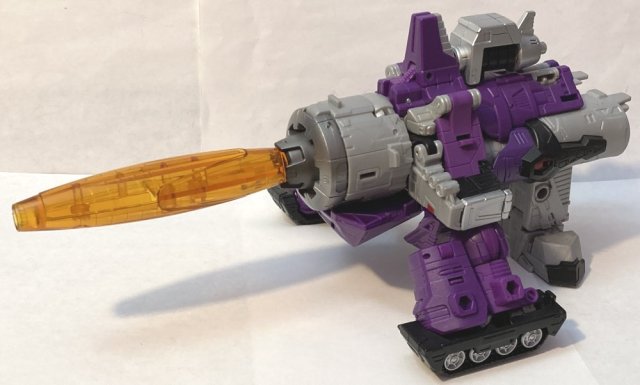 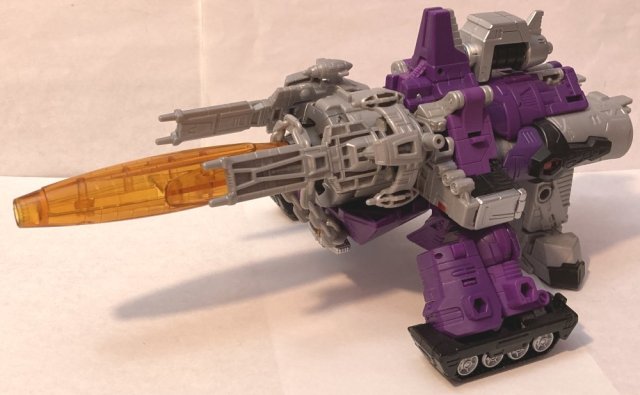 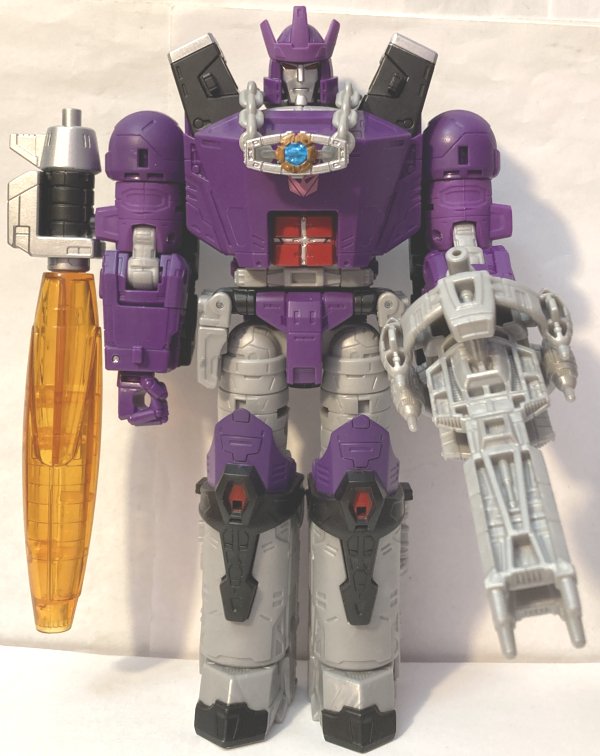 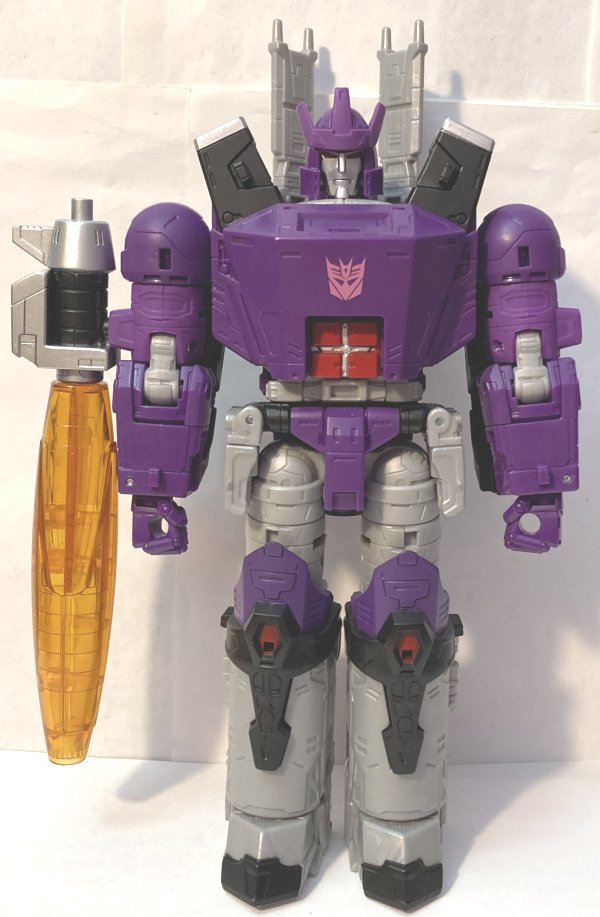 Hasbro released Galvatron without battle damage. This was supposedly due to “buyer feedback”. Too bad they didn’t realize that while they were slathering the Siege toys with battle damage they didn’t need. Anyway. I suppose I can understand them doing this for the 1986 Movie toys. They have already announced Soundwave getting the same treatment, but in typical bonehead Hasbro fashion, they are using the Siege mold that has no meaningful alternate mold rather than the Netflix one that is awesome. Apparently this is because the mold is exclusive to Walmart for the time being. They could just do it as a Walmart exclusive, but that would make too much sense. We can’t have logic in how Hasbro operates.

Overall: I like it better than the battle damage version, but I find it hard to justify this as a must have.