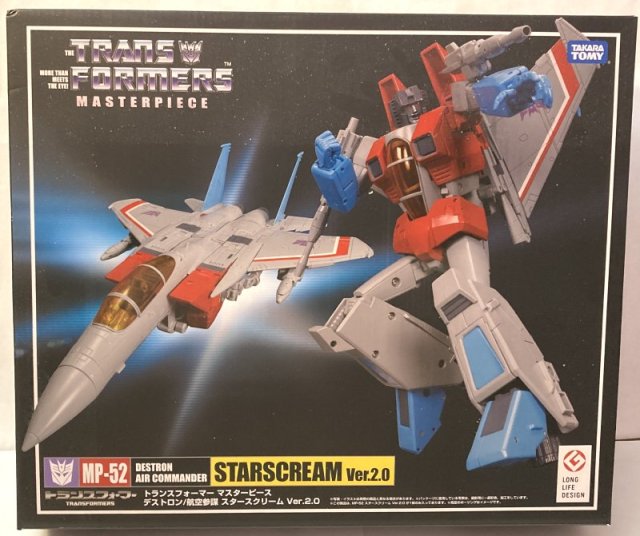 Starscream’s accessories include the claw and shard from the episode Cosmic Rust, a drill, five faces, blast effects, and a connector for his stand. Most importantly he includes Megatron in gun mode. 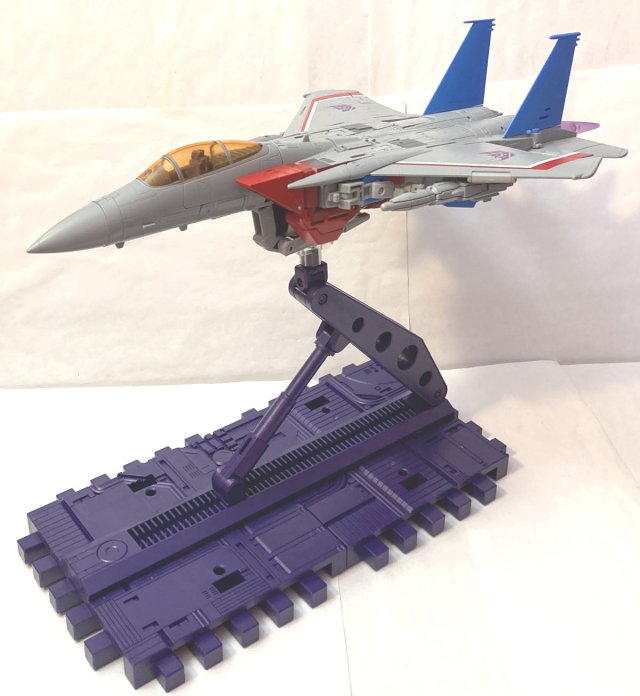 Vehicle Mode: In jet mode Starscream looks awesome, or at least, nearly awesome. For reasons I can’t understand just below the front most part of his wings against the fuselage is some kibble. I can’t imagine how they didn’t cover that up in some way. Behind his front landing gear is also a pile of kibble. I have a comparison pic showing all three versions (yes, there are three, the package calling this Version 2 is wrong) of Masterpiece Starscream. As great as most of him looks, overall this is by far the least desirable vehicle mode, and is nearly three times the price of the original. He also has a huge design flaw. You cannot attach Megatron under his fuselage. His landing gear is not long enough and he lays on top of Megatron. The stand attaches to him with the same port Megatron attaches to, so Megatron is essentially worthless when Starscream is in vehicle mode. 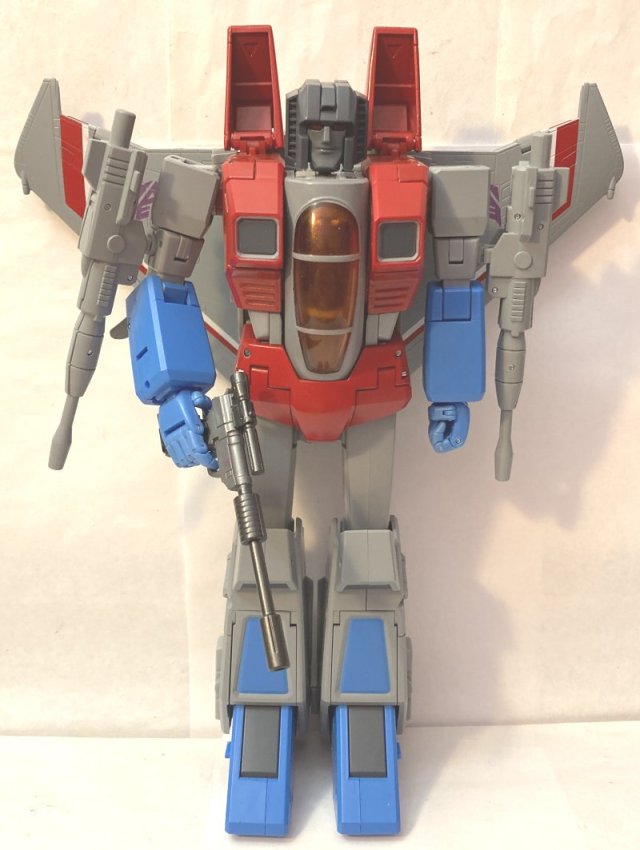 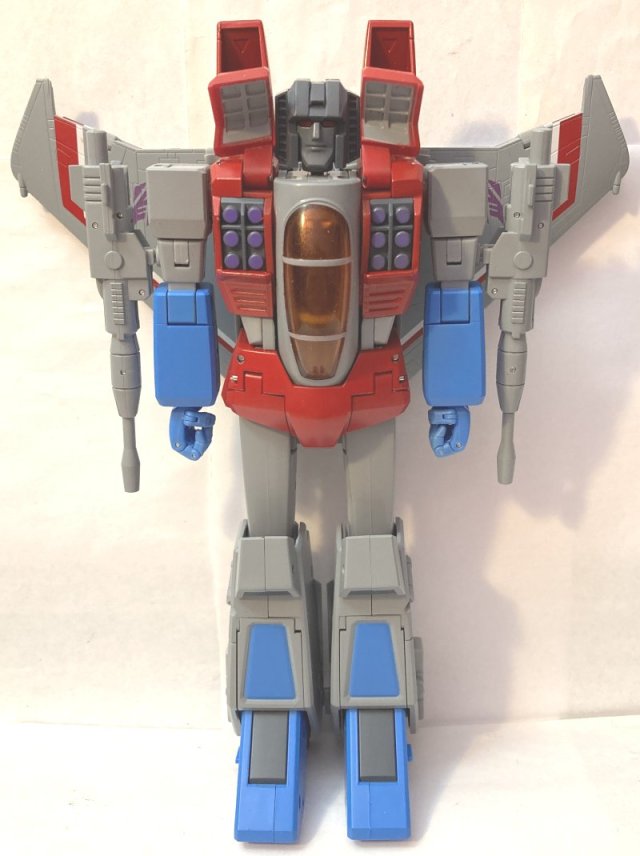 Overall: With the exception of the unforgivable kibble in vehicle mode, Starscream looks great. He’s just not even close to worth the price. Also, the revisionist history of calling this the second version of Masterpiece Starscream really ticks me off. The original Masterpiece Starscream was so heavily remolded, that he was barely identifiable, and clearly it’s own version.