My friend Zabgoth tried to purchase a knockoff Cyber Battalion Megatron from the Wish app. What he got was not a knockoff Cyber Battalion Megatron. He asked about getting the correct one, was given a refund, and purchased another hoping to get the one he was looking for. Same result, but what he got was pretty cool, and he gave me the extra one. I don’t normally review knockoffs, but this one was pretty special. 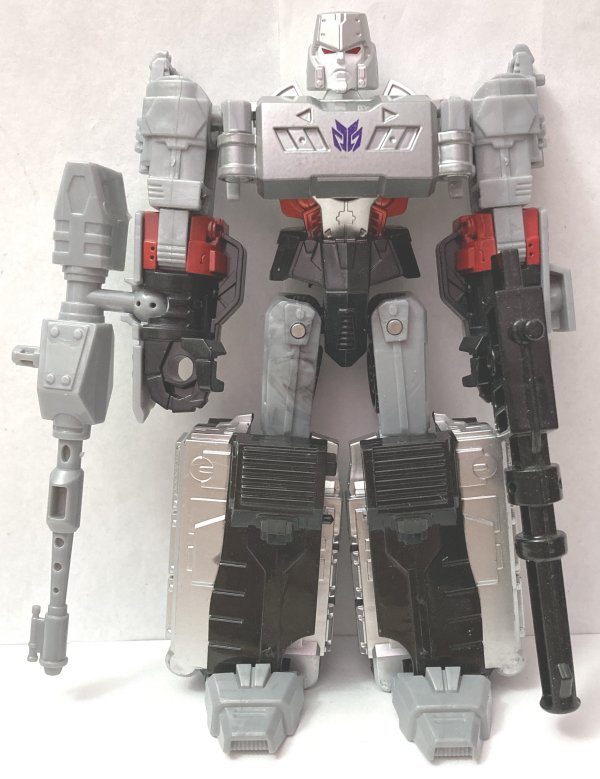 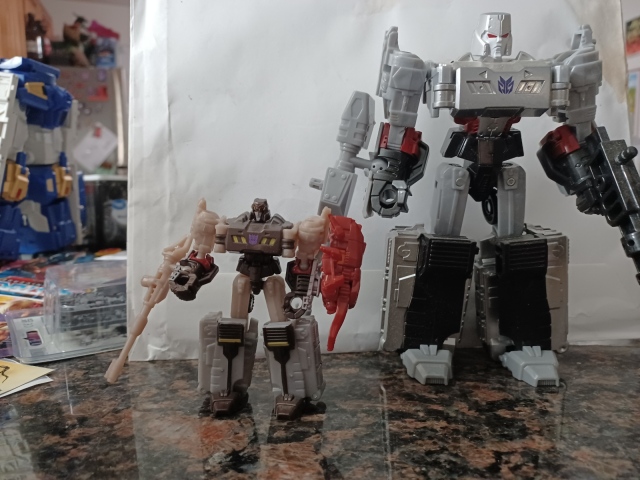 What my friend received was an up sized to roughly Voyager Class Thrilling Thirty Legends Class Megatron. It has die-cast metal parts, better plastic than most Hasbro releases, ratcheting joints, and a new more G1 head. The awesome paint job is based on the Takara release of Megatron. Other changes include filling in the big open gaps in his back and giving him more detail. Oddly, especially given how much better than the Hasbro version he is, they molded his arm/tank cannon upside down, leaving the gaps that should have been on the bottom of the cannon showing on top in tank mode. The black gun he comes with is an upsized version of the gun that came with Thrilling Thirty Legends Class Optimus Prime.

Overall: This toy is more than wroth $13. The problem is, you never know what you’ll actually get when you order from this app, or a lot of other sellers of knockoffs. I assume all, or at least most, of the Thrilling Thirty Legends were in the line, and I would love to have them. Here’s a shot of a few more high quality knockoffs with a low quality Hasbro Megatron. 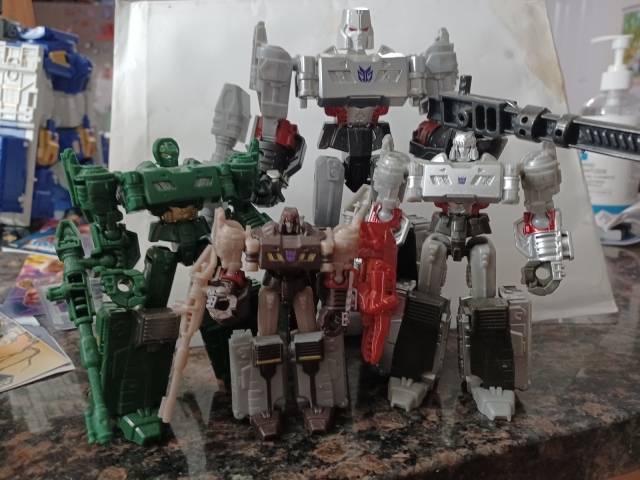 I’m 36 years old, and I work in network tech support for a public school system. I am a huge fan of Star Trek, Transformers, Harry Potter, and Marvel Comics as well as numerous other fandoms. I’m a big sports fan, especially the Boston Red Sox and the New England Patriots. I collect toys (mostly Transformers but other stuff too), comic books, and Red Sox baseball cards. I watch an obscene amount of television and love going to the movies. I am hopelessly addicted to Wizard Rock and I write Harry Potter Fanfiction, though these days I am working on a couple of different original YA novels.
View all posts by lmb3 →
This entry was posted in Toy Reviews, Toys, Transformers and tagged Generations, Knock Off, Megatron, Thrilling Thirty, Toys, Transformers, Transformers Generations, Transformers: Thrilling Thirty. Bookmark the permalink.