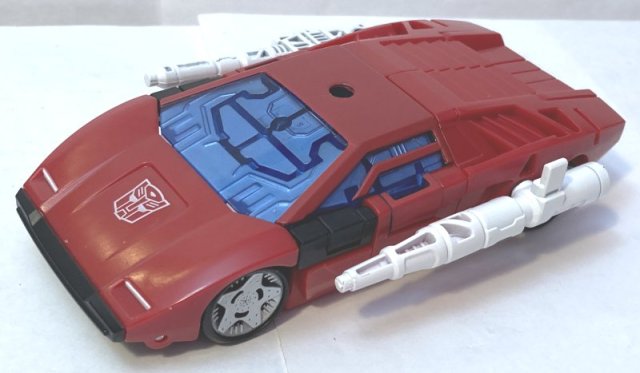 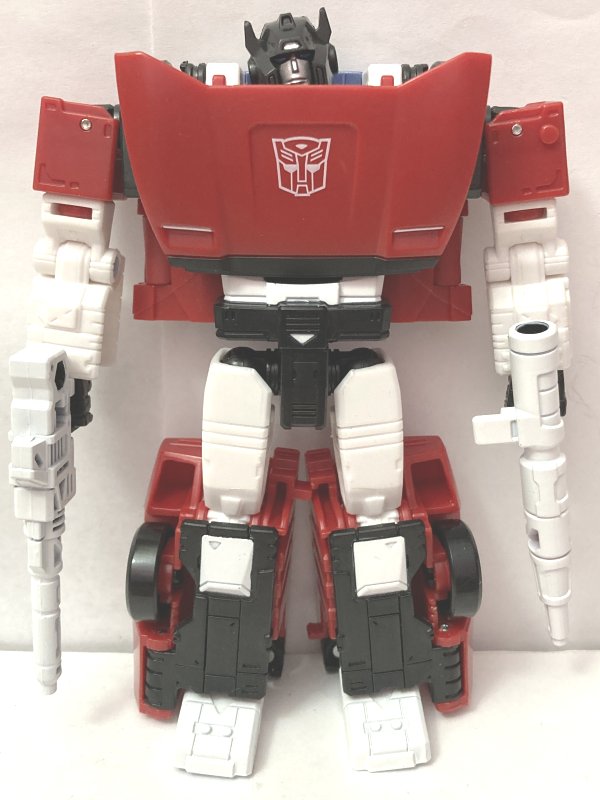 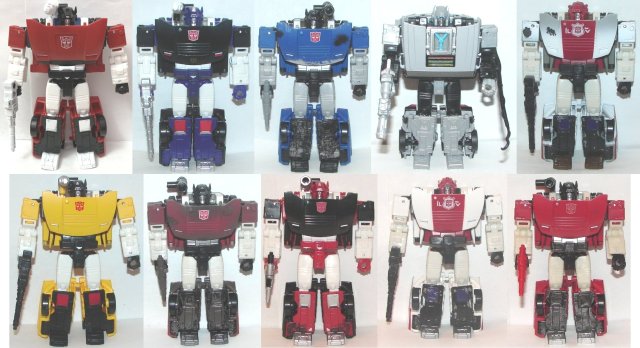 Oh my god, not again. Haven’t we seen this mold enough? It’s become like Covid, every time you think its gone, it changes and comes back. This is the tenth version of this mold, ninth if you don’t want to count Gigawatt since he’s nearly unrecognizable as a remold. Sideswipe has been remolded yet again so he more closely resembles a Lamborghini. He still has those black panels on the sides. Just once I’d like to see this toy painted correctly. He has a new missile accessory and the gun that came with Red Alert. Remnants of the circuit pattern in his Cybertron mode window are still present, which makes no sense for his earth mode. 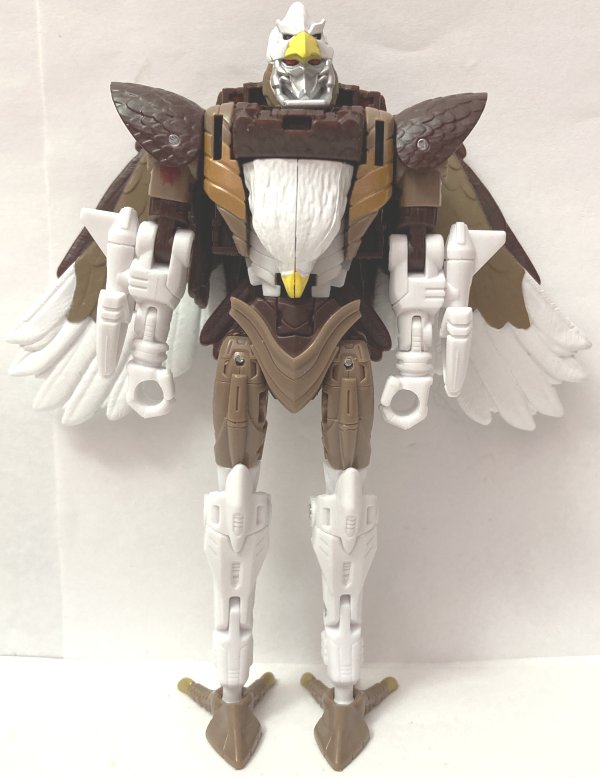 Skywarp, originally known in he USA as Silverbolt, is a falcon painted as an eagle. They’ve gone with his Takara name. If you are not familiar with Beast Wars Skywarp, he was one of the members of Combiner Magnaboss. He’s fine in beast mode, but he’s clearly not an eagle. In robot mode his head sculpt is based on the Japanese animated series Skywarp.

Overall: Skywarp is Hasbro reusing a mold without putting any work in to make the beast mode accurate, and Sideswipe is the 10th iteration of the mold. I think it’s safe to say this set is for completists only.

I’m 36 years old, and I work in network tech support for a public school system. I am a huge fan of Star Trek, Transformers, Harry Potter, and Marvel Comics as well as numerous other fandoms. I’m a big sports fan, especially the Boston Red Sox and the New England Patriots. I collect toys (mostly Transformers but other stuff too), comic books, and Red Sox baseball cards. I watch an obscene amount of television and love going to the movies. I am hopelessly addicted to Wizard Rock and I write Harry Potter Fanfiction, though these days I am working on a couple of different original YA novels.
View all posts by lmb3 →
This entry was posted in Toy Reviews, Toys, Transformers and tagged Battle Across Time Collection, Kingdom, Sideswipe, Skywarp, Toys, Transformers, Transformers Kingdom, Transformers: Kingdom: Battle Across Time Collection. Bookmark the permalink.