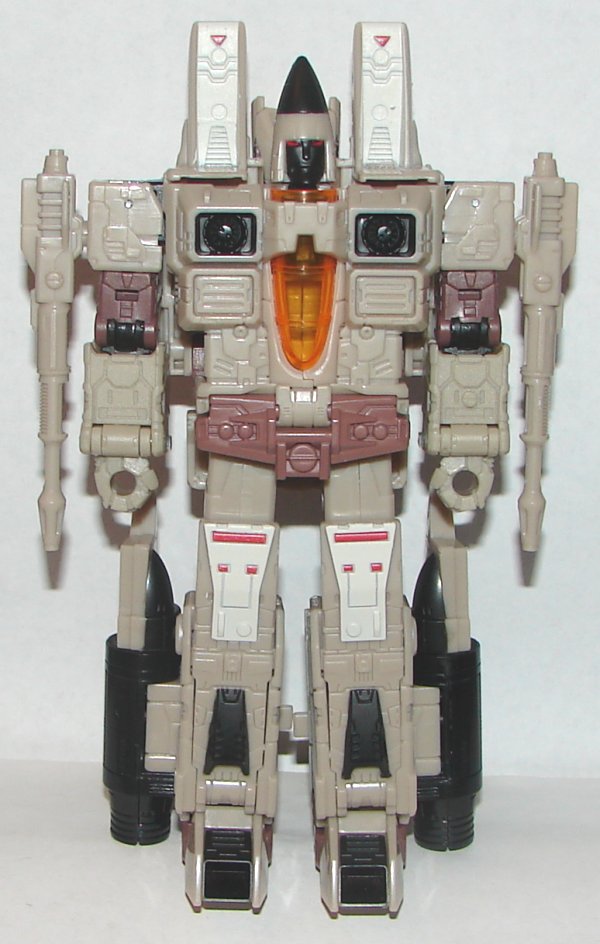 G2 Sandstorm is based on a planned, but ultimately unreleased repaint of G2 Ramjet. Art does exist. Points to Hasbro. I love it when they give us toys that never got released, even if they are in new molds. His desert camouflage looks great.

Overall: G2 Sandstorm is kind of a deep cut in Transformers history. Many fans likely don’t even know about him, but if you love G2 as much as I do, then he’s a must have.