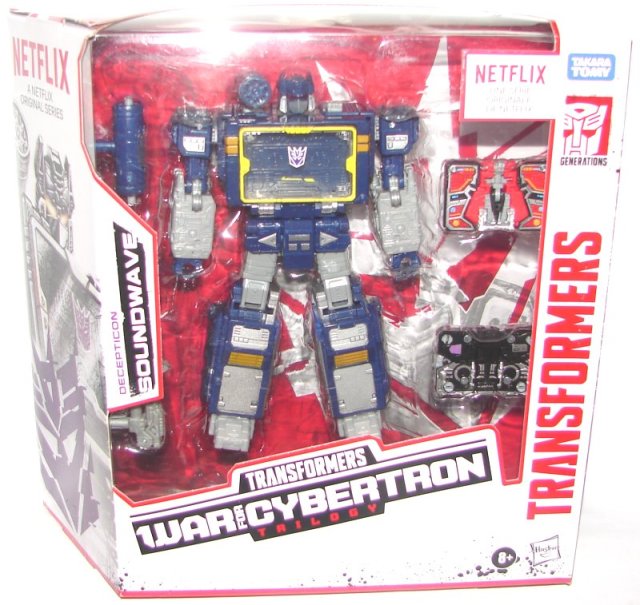 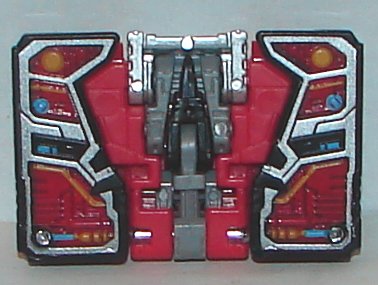 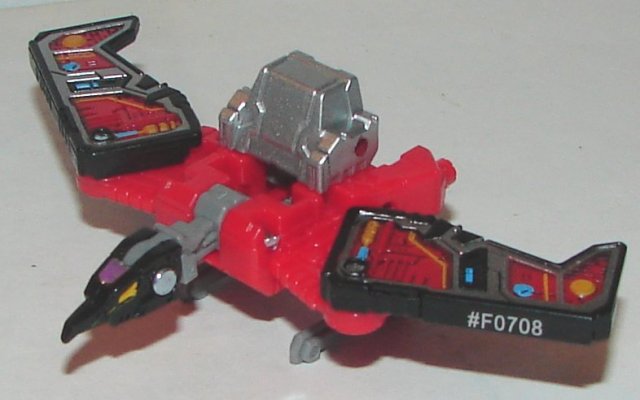 Laserbeak now has a more G1 looking head, which looks great. His wings are better painted, but he still does not look like a cassette, just a rectangle. 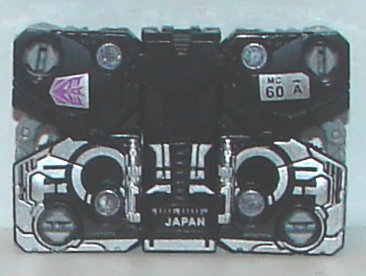 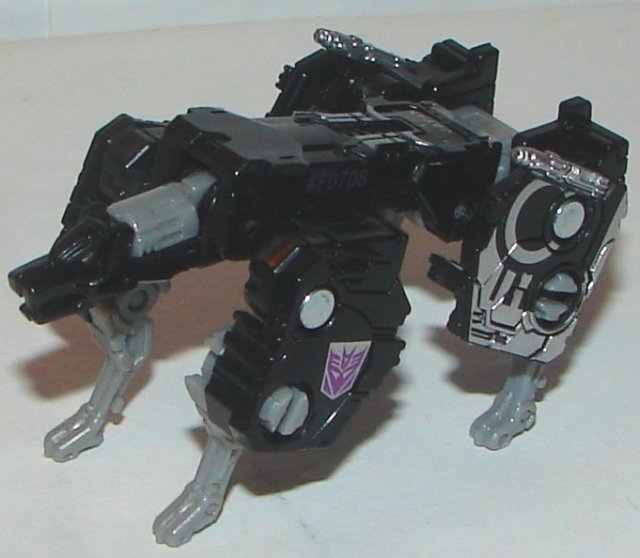 Ravage has a new head to make it look like he’s growling. Hasbro finally remembered that these guys are supposed to be cassettes. He’s actually painted to look like a cassette, at least the bottom half is. 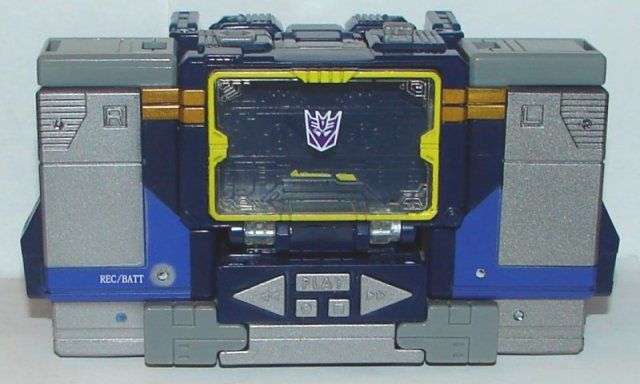 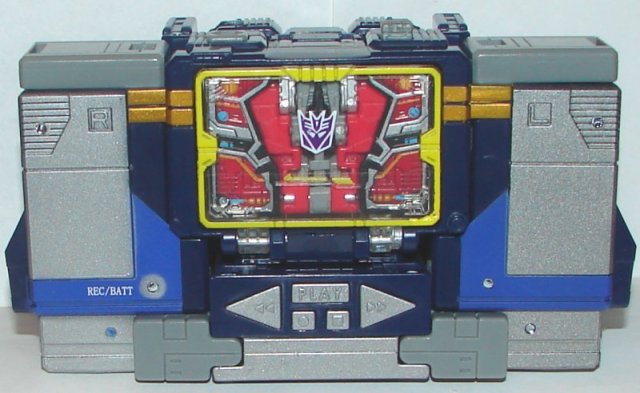 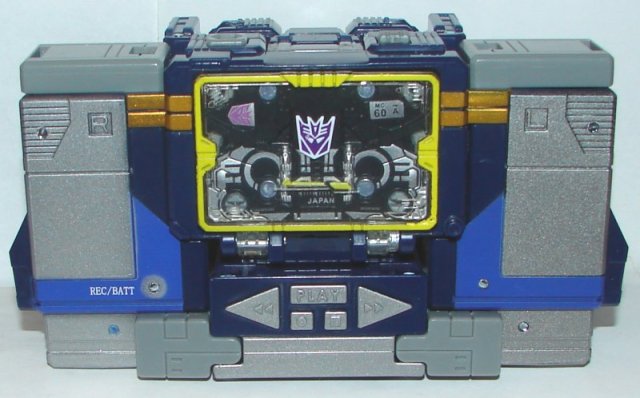 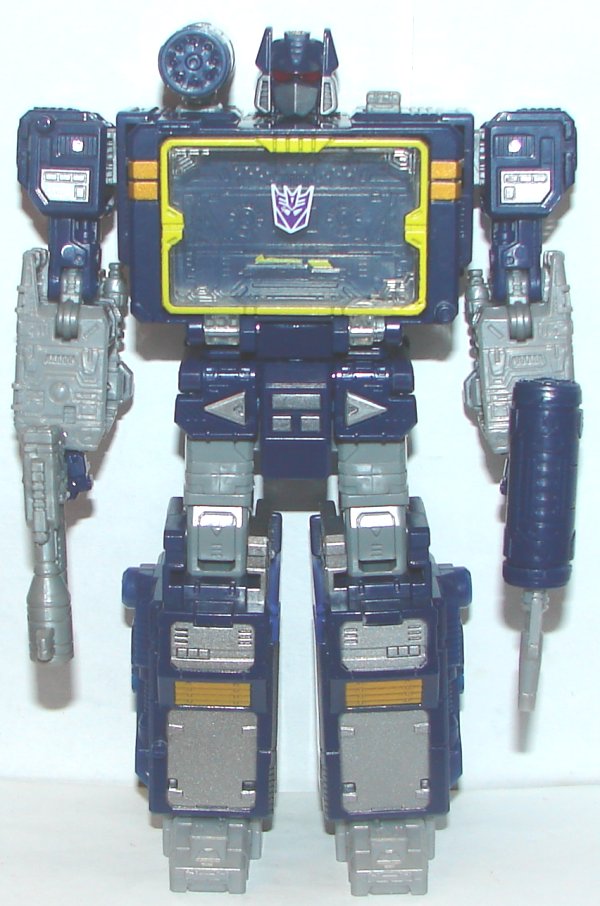 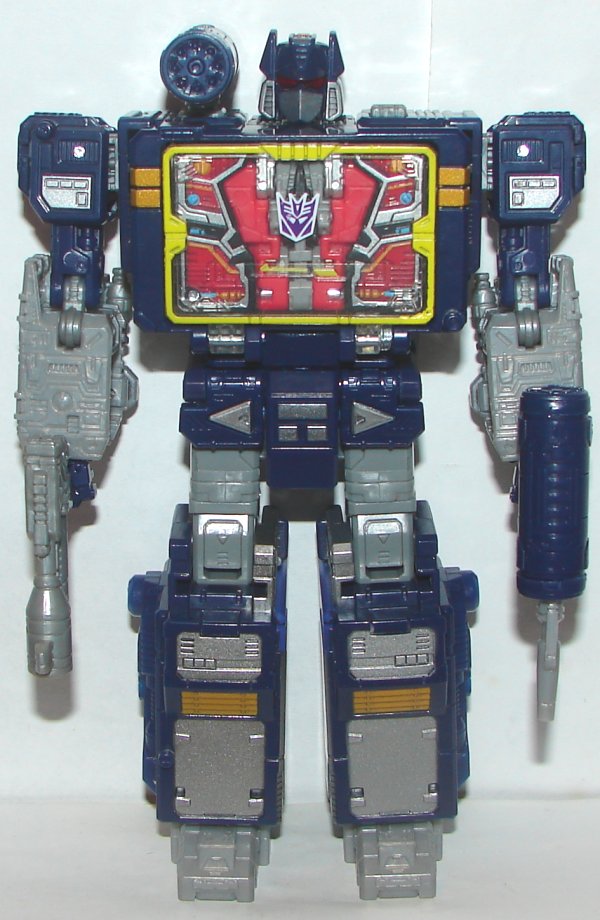 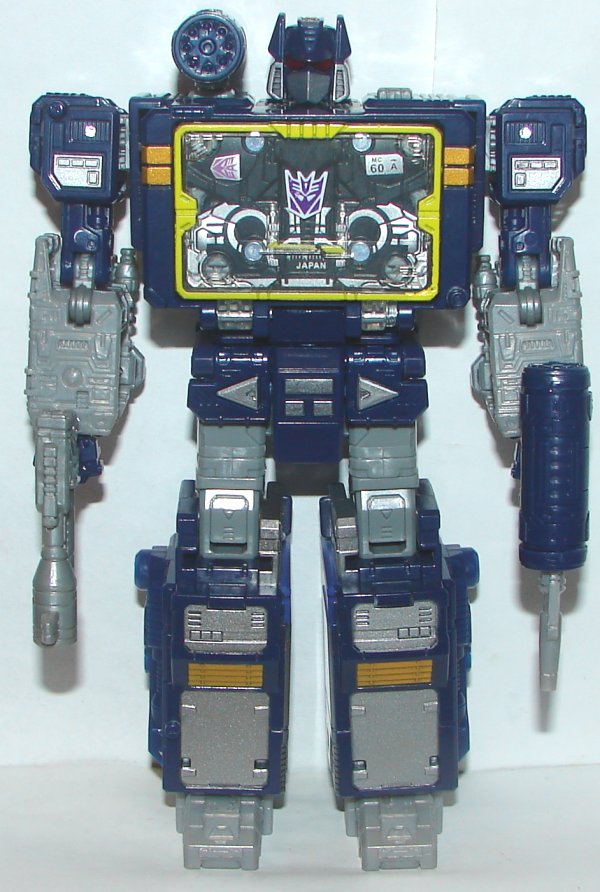 This is one of the greatest remolding jobs ever. The original version of Soundwave and Soundblaster had an awful vehicle mode. He was some kind of ship or sled. Whatever it was, it was complete crap. Look at him now! They have remolded him into a cassette player. I can’t remember a time Hasbro completely changed the alt mode of a toy with remolds like this. I mean, you can change one car to another, but it’s still a car. This doesn’t resemble that pile of crap he used to be at all. Soundwave really look amazing in cassette player mode. In robot mode his legs have been completely remolded, as has his chest, but he retains the great head sculpt, the only thing about the previous version that didn’t suck.

Overall: Soundwave is an absolute must have, if you can find him. I was lucky enough to grab one from Walmart.com. I never saw one in store.