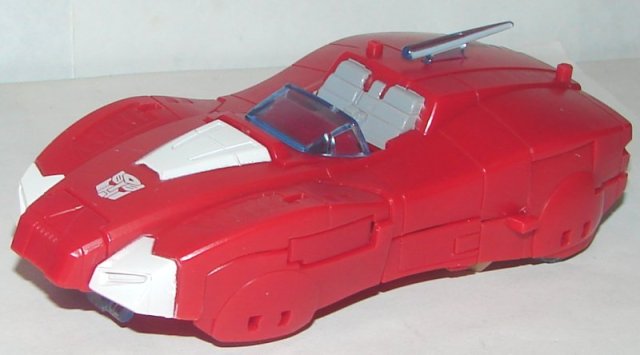 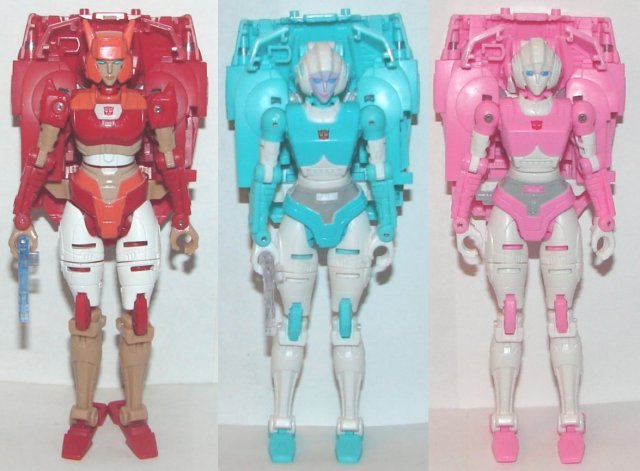 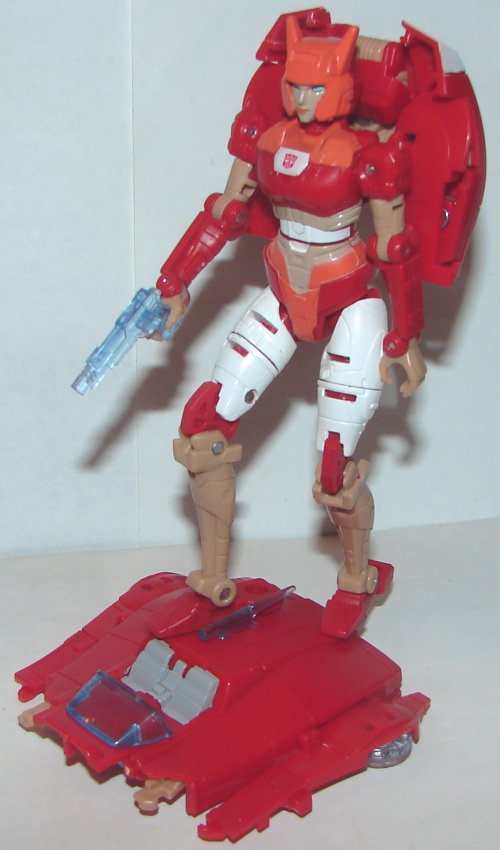 Elita-1 looks pretty awesome. It’s a pretty good vehicle mode for her. It’s not an exact match for her alt mode in the original G1 cartoon, but it’s close enough. In robot mode her head sculpt is perfect, and I love the paint apps.

Overall: While not perfect, this is the best version of Elita-1 we’re ever likely to get. I can’t recommend her enough.