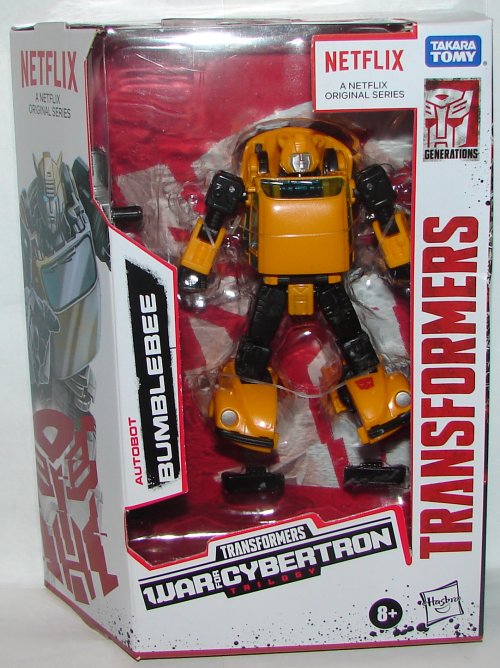 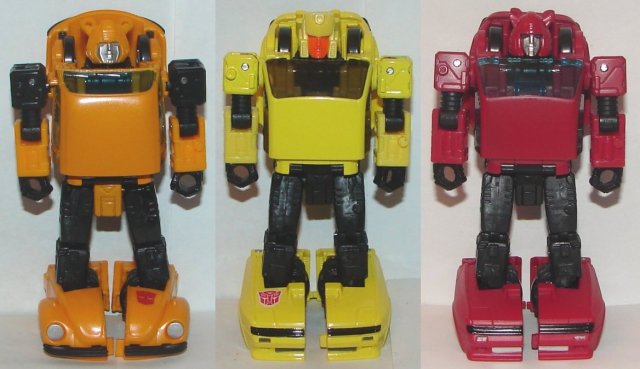 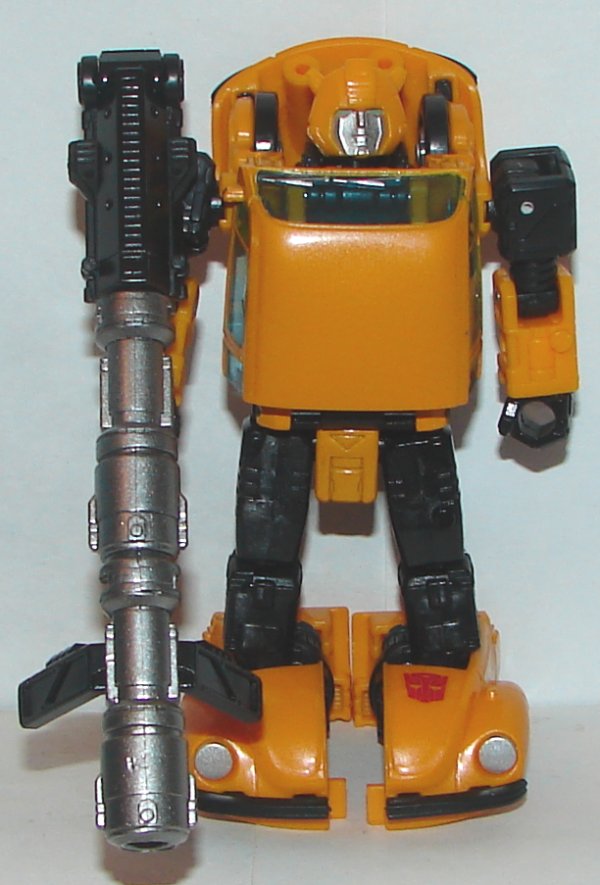 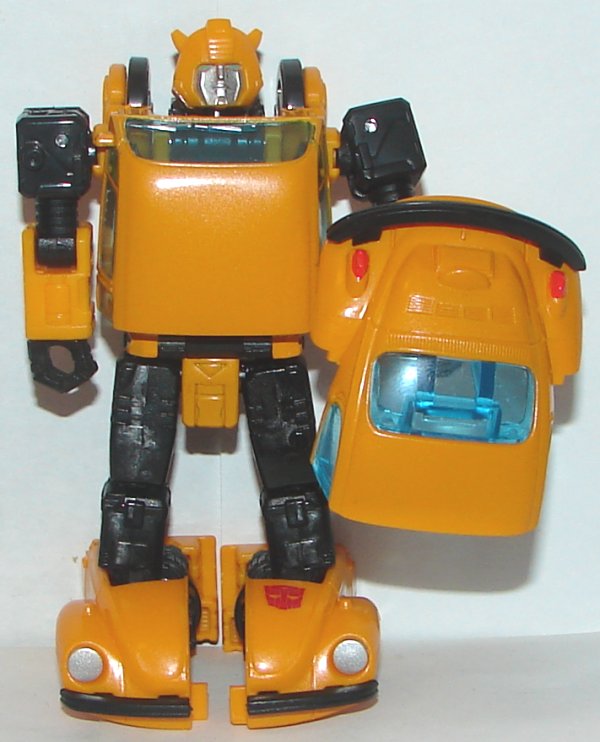 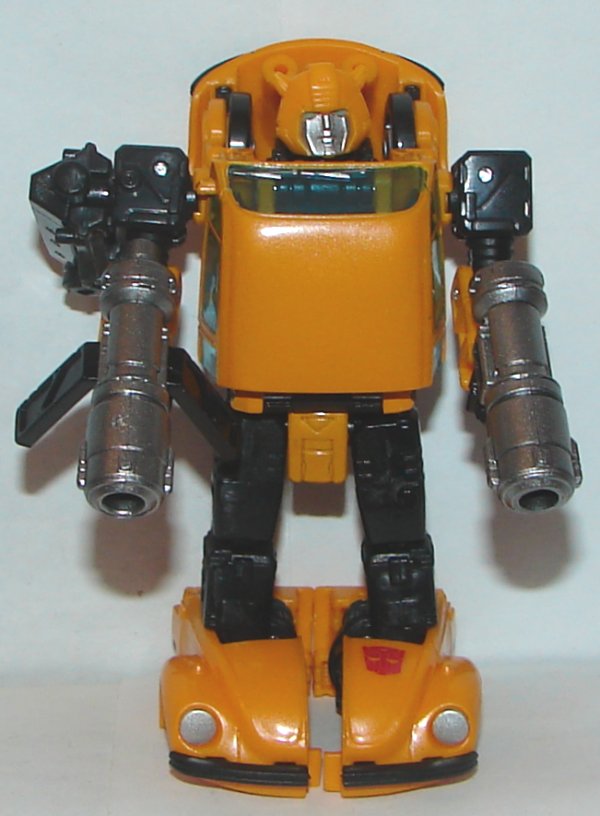 Finding Bumblebee was like trying to find Bigfoot. I finally broke down and bought one of the over 400 hundred of them (I counted) on eBay. About a month later I did finally see one in store the scalpers hadn’t absconded with. I could go on about assholes making toys artificially rare by buying them all up for resale, but they aren’t worth my time. As for Bumblebee, he is awesome! They did an amazing job remolding Cliffjumper. Bumblebee has different wheels, so in vehicle mode, other than his accessories, there in nothing to indicate he is remolded from Cliffjumper. My only complaint, and it’s a small one, is that he has no port on his roof for his weapon. It can only be put on his roof by partially transforming him, which looks pretty silly. In robot mode he looks great. He has perfect head sculpt.

Overall: Bumblebee is a must, if you can find him in store. If not, wait out the scalpers. They will eventually have to drop prices.