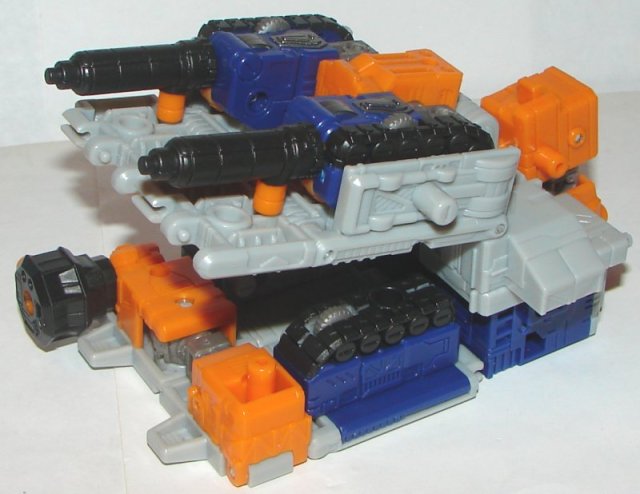 Vehicle Modes: Airwave has three alternate modes, an airport, a defense base, and a mobile carrier. The carrier and airport are fine. I really like the defense base, but I could not get the platform with the guns to tilt up any higher as shown in the instructions and the promo pics. The orange piece on top hits the gray part behind it. 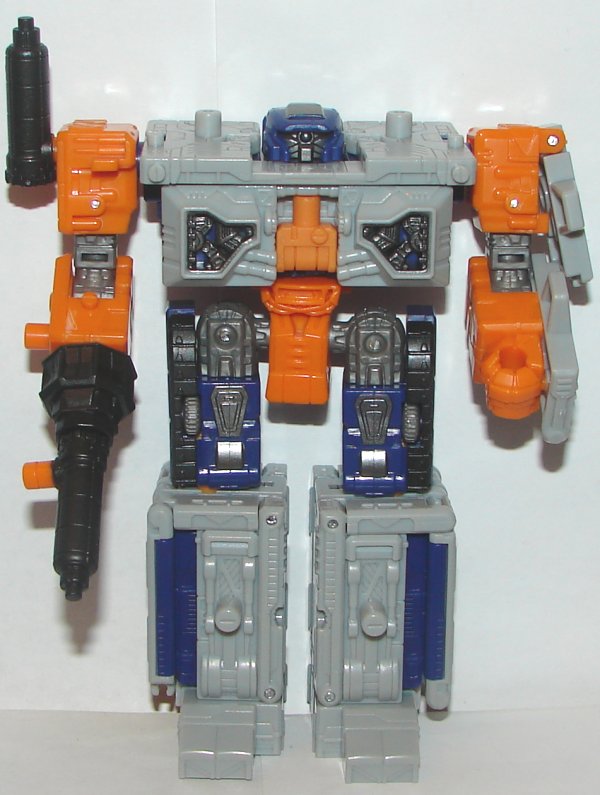 Robot Mode: In robot mode Airwave is fine. I really can’t get excited by him. That flat head sculpt isn’t great.

Overall: It is likely we will never again get an homage to Airwave, so for that reason I recommend him.