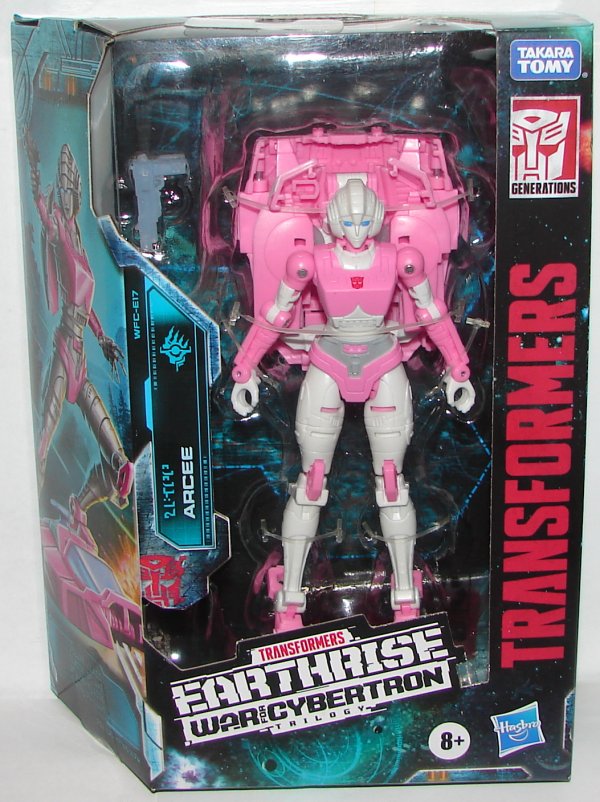 Vehicle Mode: Arcee has a couple of not quite G1 accurate color choices. Her doors should be gray, and the fin (for lack of a better name) should be pink. That aside, she’s awesome.

Robot Mode: In robot mode she looks better without the chunk of vehicle on her back, which can be used as a stand. That’s a pretty cool way of dealing with vehicle parts. Making them shields is fine only when they can actually look like shields. That piece would not look like a shield. One of my favorite things about he is that she has feet she can actually stand on. I hate when they give her tiny little feet and she can’t stand up. It’s a balance between accuracy and functionality, but if she can’t stand, that’s a problem.

Overall: Arcee is awesome and an absolute must for every G1 fan.