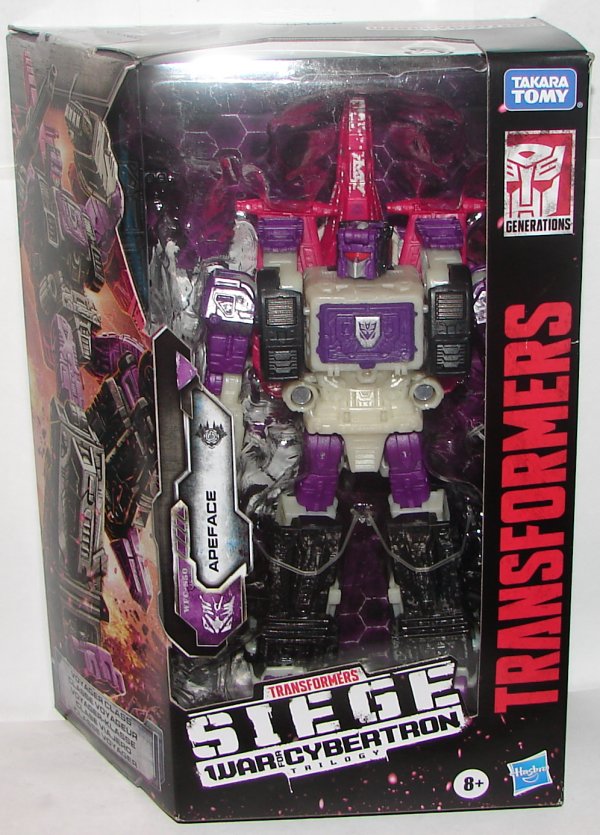 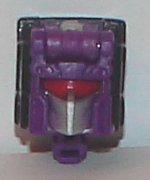 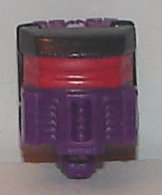 Let’s start with the obvious. Everyone knows his name is supposed to be Spasma. At least everyone except Hasbro. They left his name off the box and the instructions, so he doesn’t actually have a name. They did the same thing to the Titan Masters in the Titans Return Chaos on Velocitron and Siege on Cybertron box sets, so this shouldn’t be a great surprise to anyone. He has his robot face on one side and his ape face on the other. You only see his eyes in ape mode as he fits into a socket much like Titans Return Leader Class Six Shot’s Titan Master Revolver in wolf mode, though you couldn’t see any of Revolver’s face at all. What is interesting is that Titans Return Titan Master Apeface had a much more G1 toy accurate face sculpt than this one does. This one is more accurate to the animation. I really like the head sculpt, but I think I liked the first version better. That one unfortunately doesn’t have the ape face on the back, so they aren’t really interchangeable. I suppose you could swap it just for robot mode for display if you wanted. In robot mode they actually painted the unnamed Titan Masters face. Too bad they couldn’t bother give him a name. 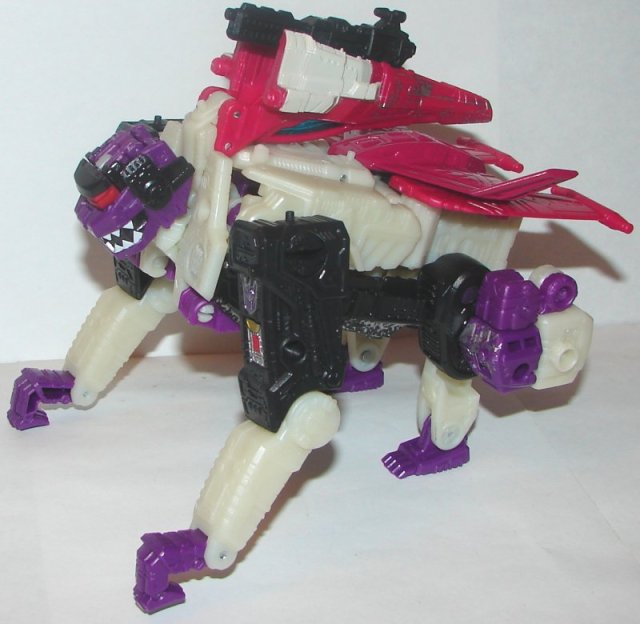 Beast Mode: I really like Apeface’s gorilla mode. I’m not crazy about his jet nose sitting on his back, but otherwise he’s very well designed. Once you get him all tabbed together he holds together fine, but there are a lot of little tabs, and they don’t want to line up. He does have one major design flaw. The port on the underside of his jet mode for his gun is too large so the gun just flops back and forth and will fall out if you turn him upside down. I’ve seen toys with accessories whose ports are just a little too big for the posts, but this isn’t even close. It almost feels like the gun doesn’t go with the toy.

Jet Mode: Apeface’s jet mode isn’t awful, but he is basically a brick with wings and a cockpit. At least his robot arms fold up, unlike the G1 toy where they just stuck out the back. Due to the port on the underside of his jet mode being too big, I had to put some paper around the handle of the gun to get it to stay on. 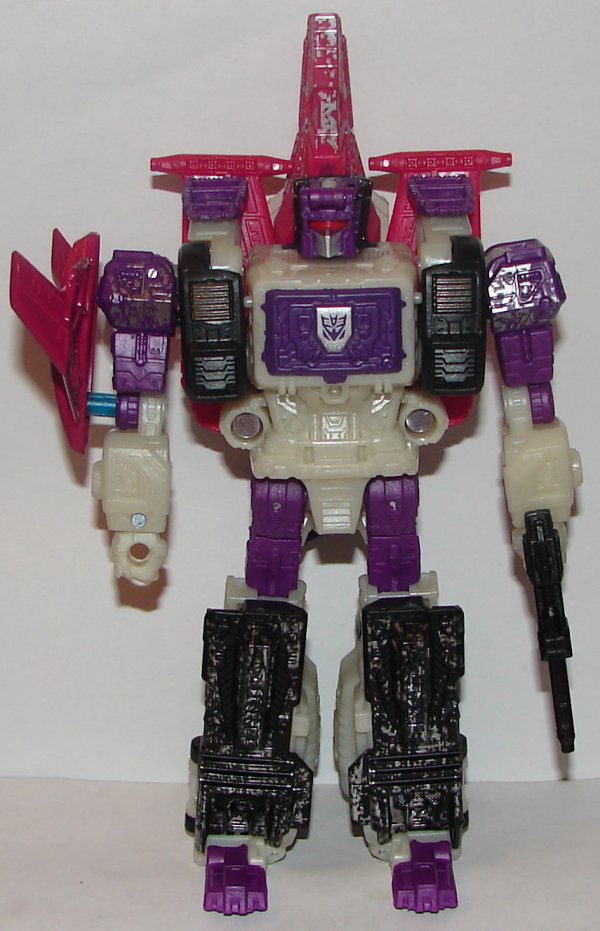 Robot Mode: Apeface looks great in robot mode. I just wish the nose of the jet didn’t stick up like that behind his head. The gun does stay in his hand, so at least that port is the right size.

Overall: Apeface is a good toy, but with some flaws. I will be curious to see if a running change is made to fix the problem with the ports for his gun. The big question is, will we ever see Snapdragon? Hasbro tends to only do things half way, so I’m assuming we won’t, but you never know.