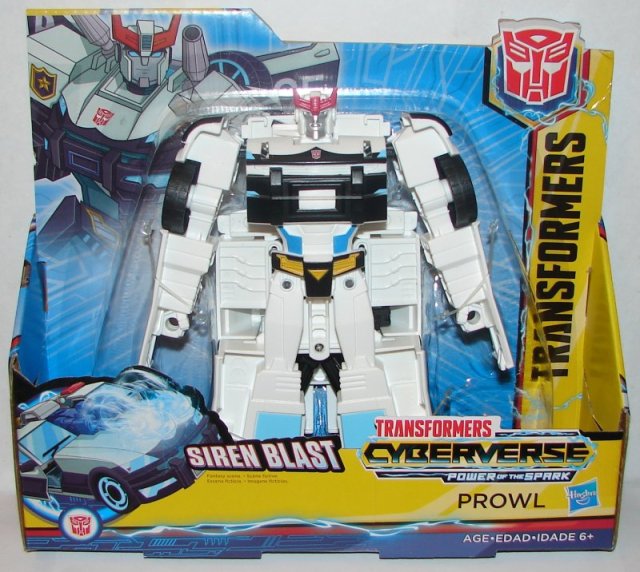 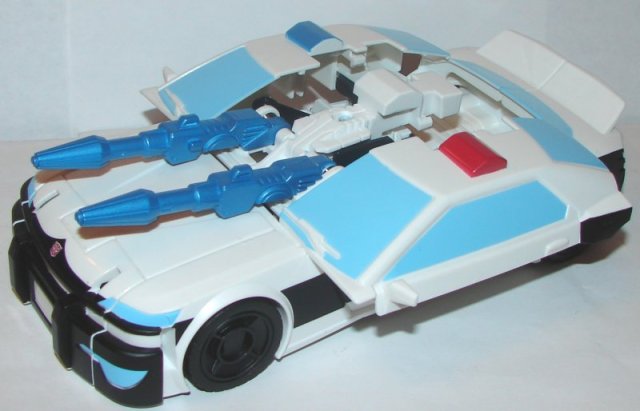 Vehicle Mode: Prowl’s vehicle mode is awesome. His paintjob is excellent, something I don’t say very often. All his windows are painted, it’s a miracle! The only thing he’s missing is his taillights, which, let’s face it, is probably asking too much of Hasbro and any police insignia. Not really sure why they didn’t put “POLICE” on the side of the car it could have just been stenciled out of he black stripe. The sides of the top of the vehicles slide out sideways to pop out his guns. It looks kind of crappy. Would have been better if you could close it up with the guns deployed. 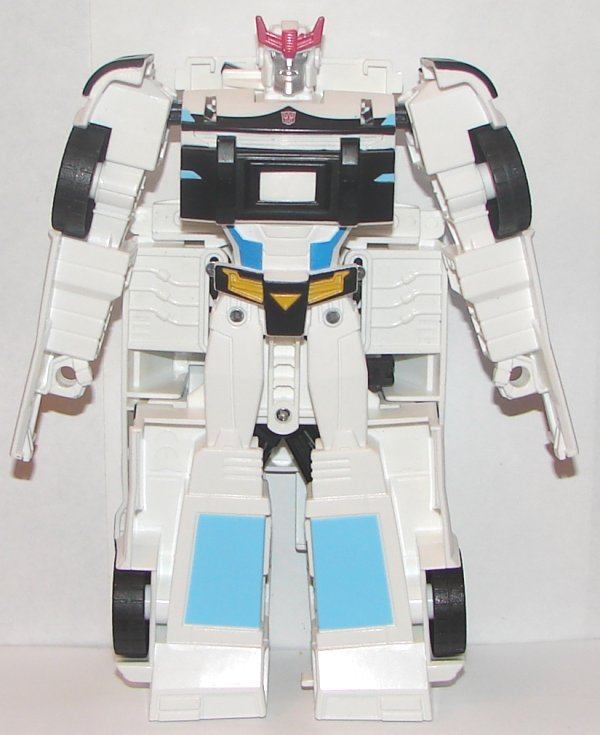 Robot Mode: Prowl’s robot mode is okay. With some more paint apps it would be better, but the big problem is that they failed to paint his eyes. I will have to look for another one to see if there is a running change. It is too bad that they didn’t design him so his guns could come up and over his shoulders.

Overall: Prowl is a pretty decent toy, certainly better in vehicle mode. It’s interesting that as the Warrior Class toys have gotten better, the Ultra Class toys, which started out great, have taken a bit of a step back.

I’m 36 years old, and I work in network tech support for a public school system. I am a huge fan of Star Trek, Transformers, Harry Potter, and Marvel Comics as well as numerous other fandoms. I’m a big sports fan, especially the Boston Red Sox and the New England Patriots. I collect toys (mostly Transformers but other stuff too), comic books, and Red Sox baseball cards. I watch an obscene amount of television and love going to the movies. I am hopelessly addicted to Wizard Rock and I write Harry Potter Fanfiction, though these days I am working on a couple of different original YA novels.
View all posts by lmb3 →
This entry was posted in Toy Reviews, Toys, Transformers and tagged Cyberverse, Prowl, Toys, Transformers, Transformers Cyberverse, Ultra Class. Bookmark the permalink.