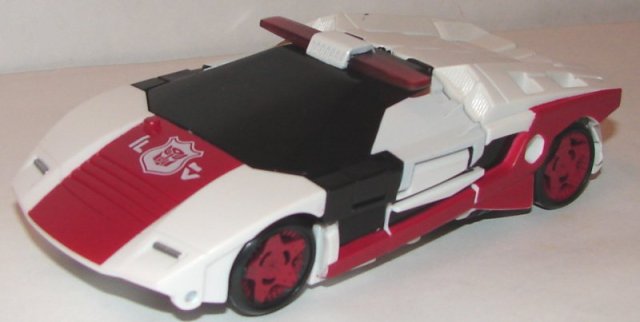 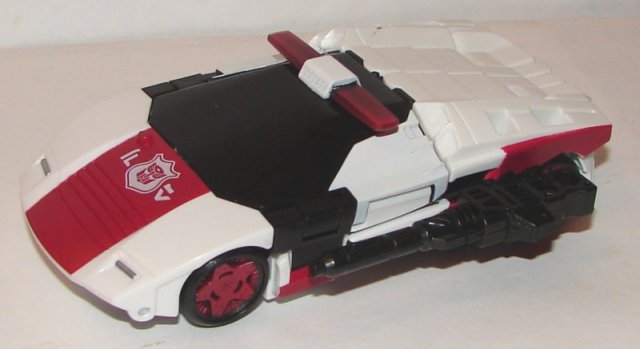 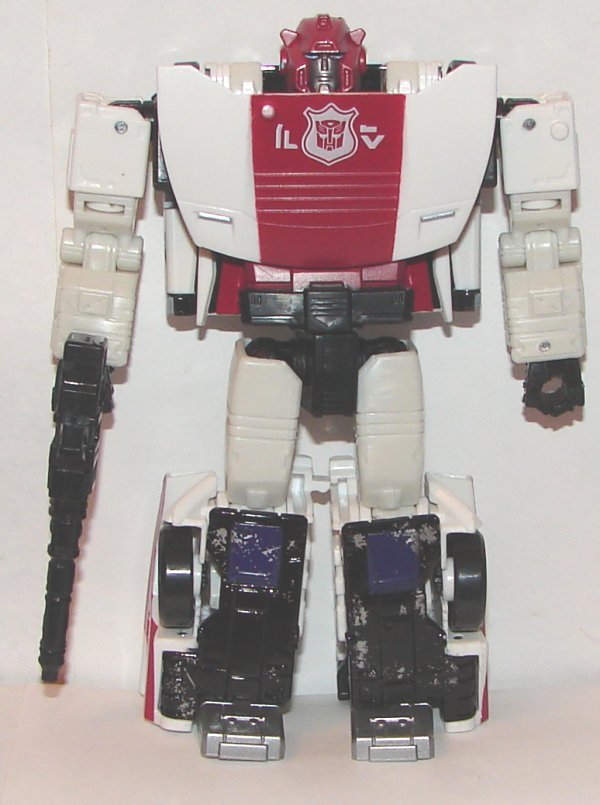 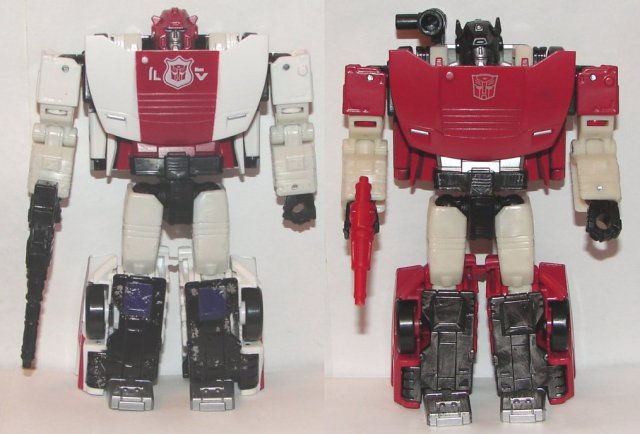 Wow, Sideswipe repainted as Red Alert, who would have thought? He has a great new head sculpt and a not so great new weapon. Red Alert’s new weapon does not double as a shoulder launcher like Sideswipe’s does. It also exposes Hasbro’s utter incompetence. Clearly both of these head sculpts and weapons were part of the mold. Instead of including both weapons with both Red Alert and Sideswipe, they only included one. What a fucking rip off. You have the parts in the mold to make both toys with accurate weapons, and they didn’t bother including them. Red Alert’s paintjob is great, except that he suffers from the same black plastic at each end of his windshield as Sideswipe. This looks even worse on Red Alert. It’s a real failure of design on an otherwise pretty good toy.

Overall: If I weren’t a completist I would have kept Red Alert’s gun for Sideswipe and returned Red Alert. The parts for both guns had to be in the mold. To save a few cents on plastic on a toy that is overpriced at $20, they made both toys less than they could have been. Shame on you, Hasbro.