This is a weird toy. It was released under the Transformers: Generation line, but is part of the live action movie universe. It was available exclusively through JD.com, a Chinese web site. I have been looking for one since its announcement, which I believe was in September, but I haven’t seen it available anywhere until I found one at Dairycon 2019. A commercial for the toy says that JD Red Knight and Optimus Prime went to help Bumblebee when he was defeated by Lockdown. This suggests it was meant to be part of Age of Extinction since Lockdown was destroyed in the movie, though that assumes they actually gave some thought to his back story. He is remolded from Age of Extinction Voyager Class Galvatron. 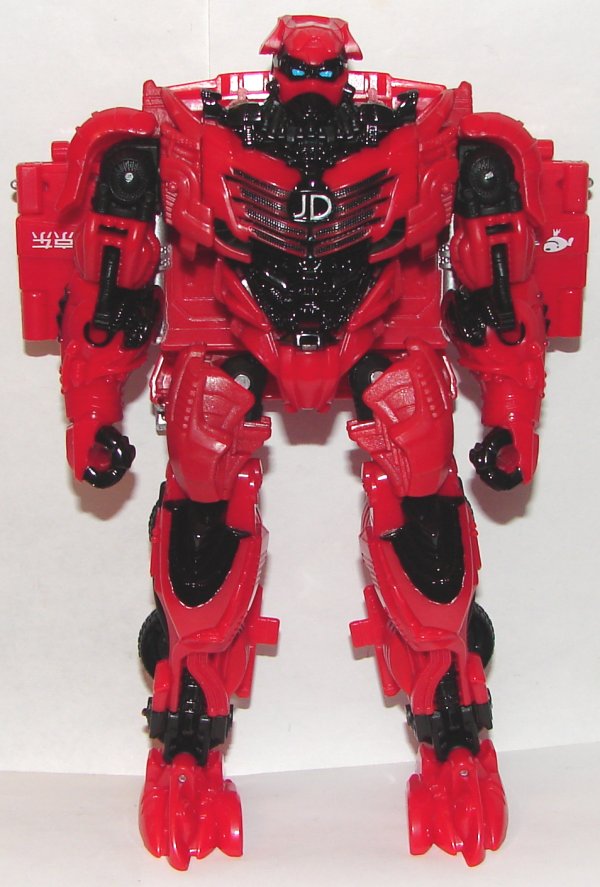 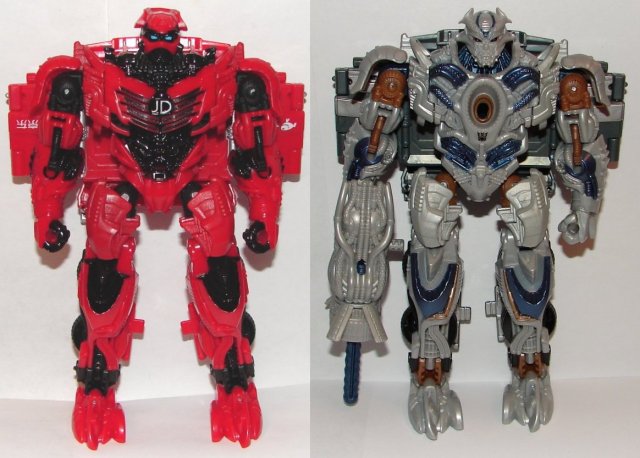 JD Red Knight is remolded and repainted from Age of Extinction Voyager Class Galvatron. He has a new head, chest, and torso. I love the vehicle mode, and like it a whole lot more in these colors. They did a great job on his paint apps. In robot mode he looks fine, but even the remolds don’t change my opinion on his robot mode. It’s just average.

Overall: Given its rarity and how hard it was to find, I’m not sure its worth what I paid for it. This one is probably for completists only.

I’m 36 years old, and I work in network tech support for a public school system. I am a huge fan of Star Trek, Transformers, Harry Potter, and Marvel Comics as well as numerous other fandoms. I’m a big sports fan, especially the Boston Red Sox and the New England Patriots. I collect toys (mostly Transformers but other stuff too), comic books, and Red Sox baseball cards. I watch an obscene amount of television and love going to the movies. I am hopelessly addicted to Wizard Rock and I write Harry Potter Fanfiction, though these days I am working on a couple of different original YA novels.
View all posts by lmb3 →
This entry was posted in Toy Reviews, Toys, Transformers and tagged Age of Extinction, Galvatron, Generations, Hascon, JD Red Knight, JD.com, Red Knight, The Last Knight, Toys, Transformers, Transformers Generations, Transformers The Last Knight, Transformers: Age of Extinction. Bookmark the permalink.