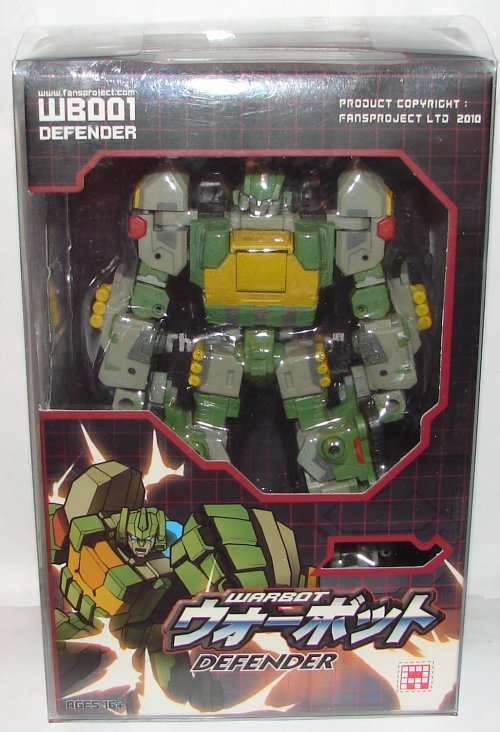 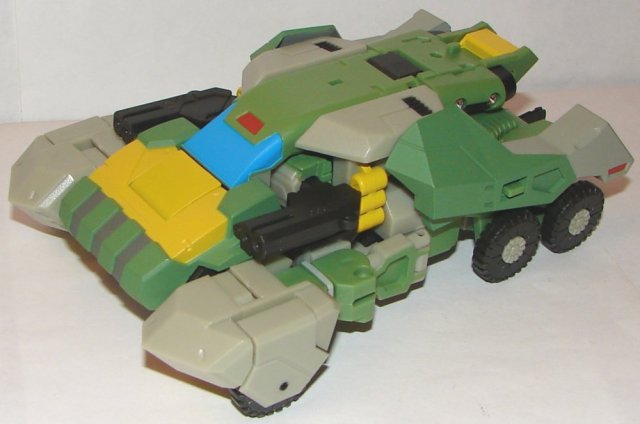 Car Mode: Warbot Defender is among the earliest third party toys (not including add on parts), and the first from Fansproject. Springer looks amazing in vehicle mode. He’s more of an armored vehicle than his G1 sports car mode, but he looks awesome. His colors are great. 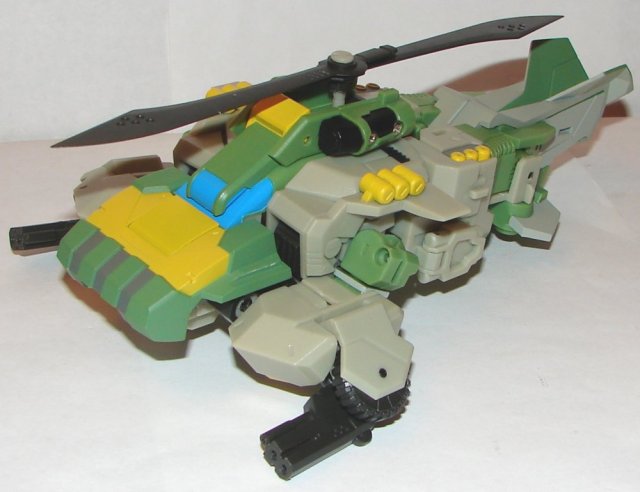 Helicopter Mode: I absolutely love Springer’s helicopter mode. It’s perfect though he could have used a few more paint apps, as he’s predominantly light gray while Springer was dark gray. 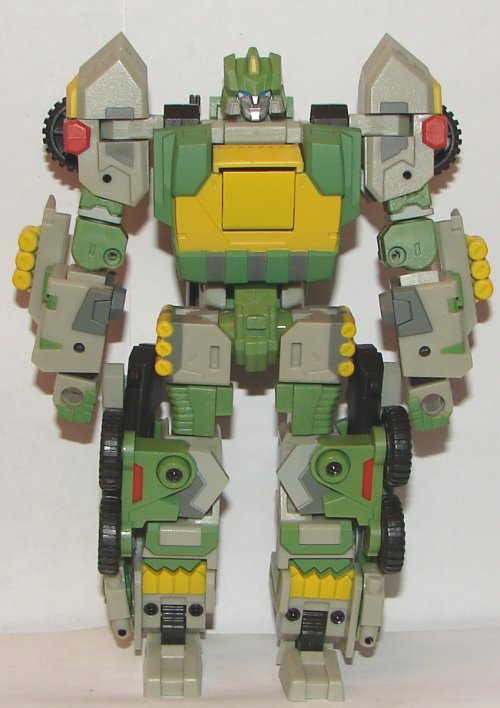 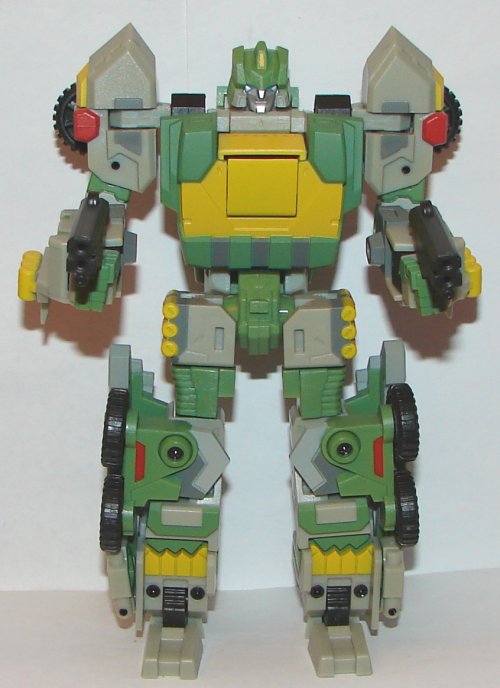 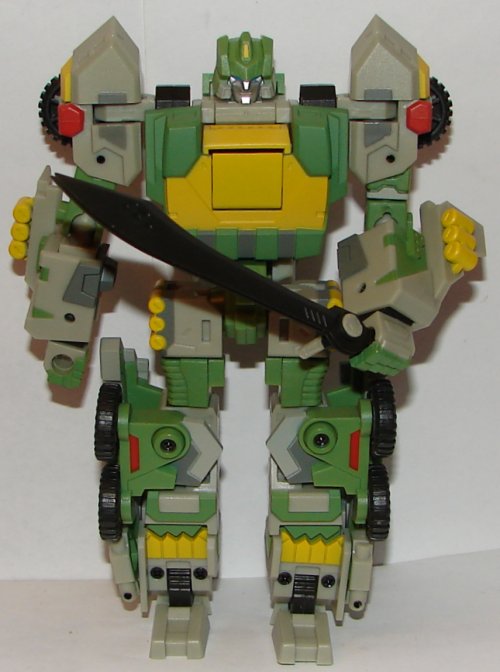 Robot Mode: Springer looks awesome in robot mode. His colors and paint apps are perfect. I love his head sculpt. He has dual pistols and a scimitar.

Overall: I bought this just recently though it was released in 2010, but it was brand new and sealed. He was broken in the box. The plastic tube inside his right shoulder with he screen in it that holds his shoulder together broke. A few drops of crazy glue and I’ve transformed him three times without any issue at all, though I was being very careful. Additionally, he has one design issue. There is a black clip that holds the peg through his sword/helicopter blade. That clip did not have enough tension to stay on right. I tried to bend it a little and it snapped in half. A few drops of crazy glue on the peg and I was able to put the two broken pieces on and it looks and functions perfectly. Just be aware that after nine years this toy *might* be suffering from some plastic brittleness issues. Might just be mine was dropped at some point, but its just good to be aware of it. I highly recommend him if you can get him at a good price. I paid $40. Not sure I would pay more than that for him.

I’m 36 years old, and I work in network tech support for a public school system. I am a huge fan of Star Trek, Transformers, Harry Potter, and Marvel Comics as well as numerous other fandoms. I’m a big sports fan, especially the Boston Red Sox and the New England Patriots. I collect toys (mostly Transformers but other stuff too), comic books, and Red Sox baseball cards. I watch an obscene amount of television and love going to the movies. I am hopelessly addicted to Wizard Rock and I write Harry Potter Fanfiction, though these days I am working on a couple of different original YA novels.
View all posts by lmb3 →
This entry was posted in Toy Reviews, Toys, Transformers and tagged Defender, Fansproject, Springer, Toys, Transformers, Warbot. Bookmark the permalink.