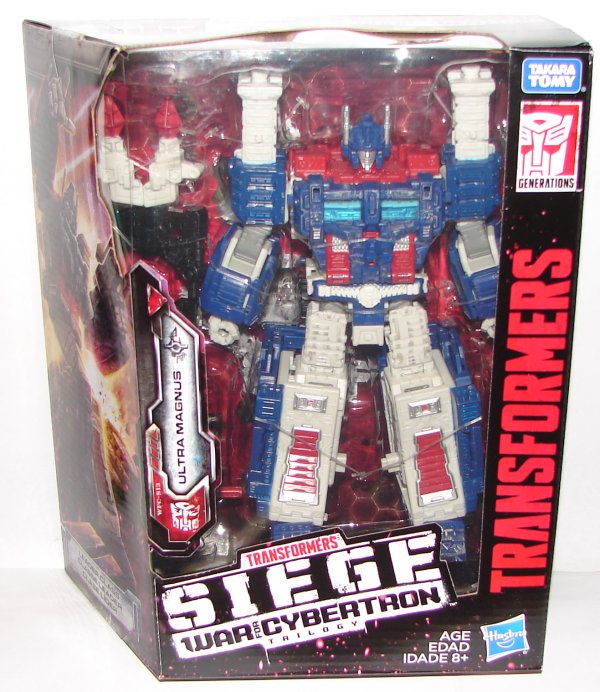 Vehicle Mode: Ultra Magnus’s vehicle mode is not based on G1 Ultra Magnus, but is instead an excellent homage to Transformers Robots in Disguise (2001) Ultra Magnus. He’s perfect, though obviously missing the enormous and cumbersome weapon that came with RID Ultra Magnus. I kind of wish his missiles connected at the front of his trailer like the G1, but that’s a small thing. 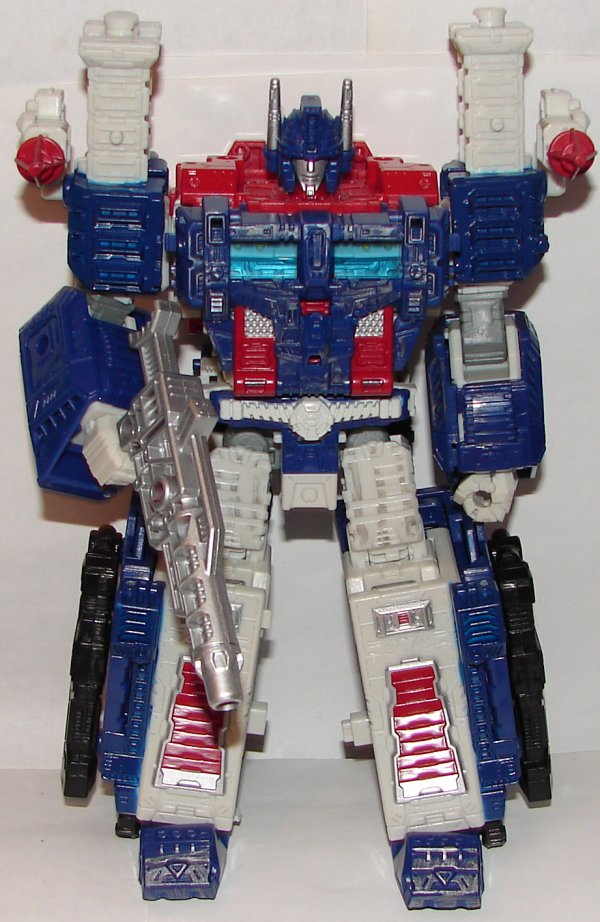 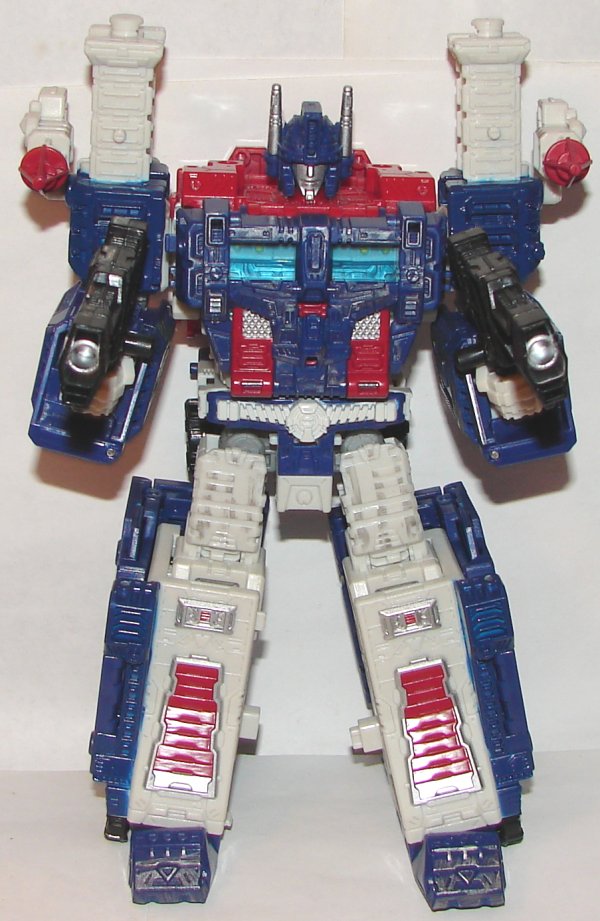 Robot Mode: While his vehicle mode is RID, in both robot modes, Ultra Magnus is 100% G1. His small robot mode is a perfect white Optimus Prime. Pictures have surfaced of the repaint and remold of this toy into a Transformers Cybertron Optimus Prime in both vehicle and larger robot mode, but I don’t think there have been pictures of the smaller toy. It would be a shame if this smaller Prime was never available in G1 colors, so I’m hoping that the smaller robot is a G1 Prime. Anyway, The larger Ultra Magnus is absolutely amazing, and more than enough to banish the stinging memory of Combiner Wars Ultra Minimus, the single worst thing IDW ever did to Transformers in a long list of terrible things they did to Transformers. Siege Ultra Magnus is just awesome. He has one large gun and two smaller ones, which can combine into one huge gun. Paint apps are perfect, head sculpt is awesome.

Overall: Ultra Magnus is an absolute must have.