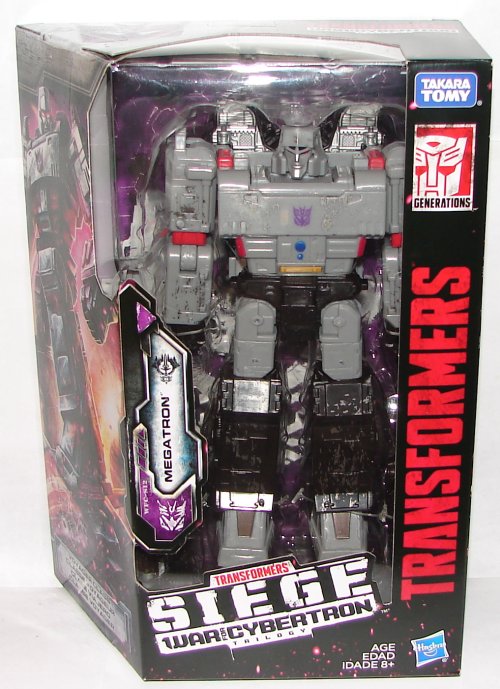 Vehicle Mode: Megatron’s tank mode is pretty awesome. The colors are great, and I love the design. 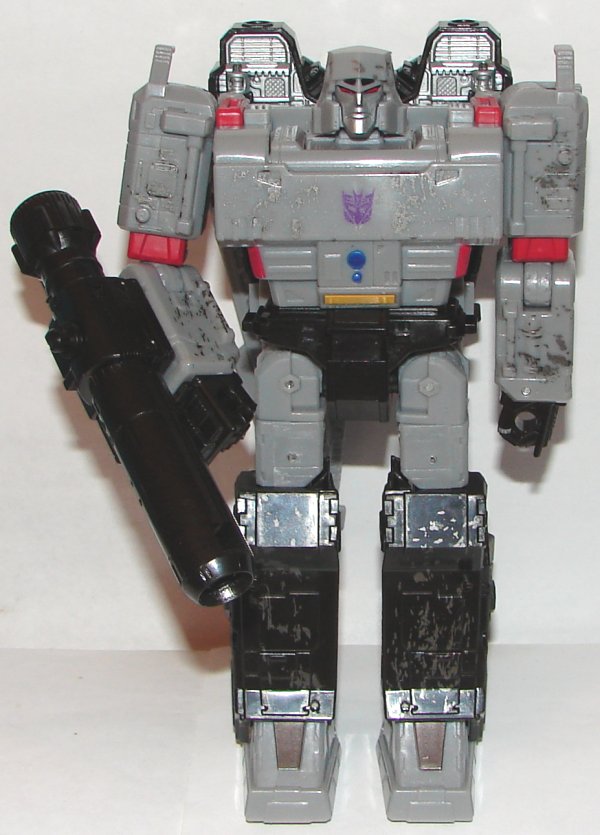 Robot Mode: Megatron’s sword is formed from the tank cannon barrel. Not crazy about the sword having the barrel on it, but that’s not too bad. Otherwise he’s perfect. I love his head sculpt.

Overall: Megatron is awesome, I just wish we could get one without the battle damage.