Vehicle Mode: This might be the best toy ever that is a complete and total failure on Hasbro’s part. These vehicle modes look perfect. Absolutely perfect. There is only one problem. They have no individual robot modes. I know what you’re thinking. Why does that matter. The G1 toy didn’t have individual robot modes. Unfortunately, Power of the Primes Battletrap did have individual robot modes. So, you have two toys who are supposed to be the same “class”, and are done in two different size classes and with different characteristics. Admittedly this is a better toy, but we don’t have a Battletrap that looks right with him. Also, you’ll notice the tank isn’t quite right in vehicle mode. My Skytread’s right hip won’t turn. I’ve heard other people talking about that online. I’m still looking for another one. Hasbro’s quality control has gone into the toilet of late. 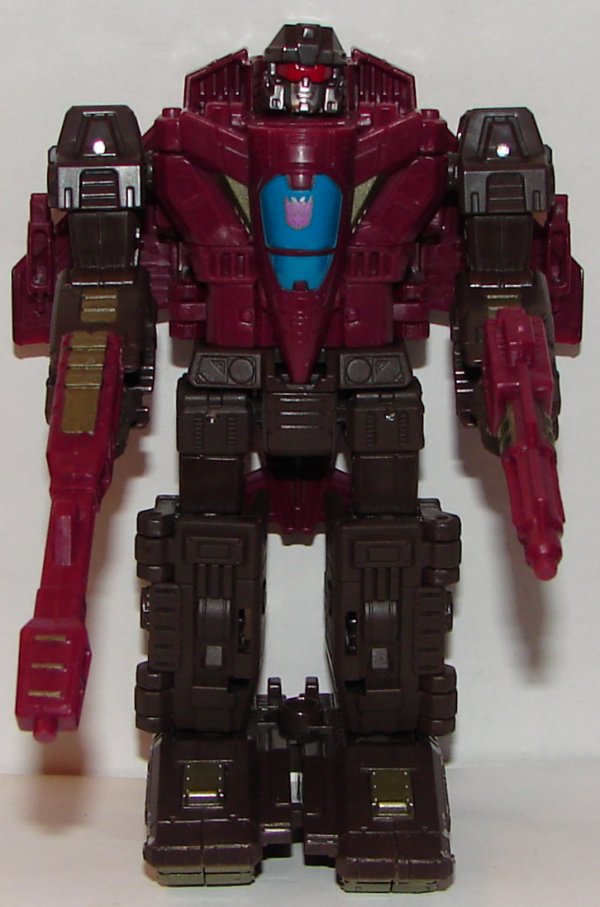 Overall: Skytread’s biggest flaw is being better than Battletrap. How Hasbro could screw this up I don’t know.