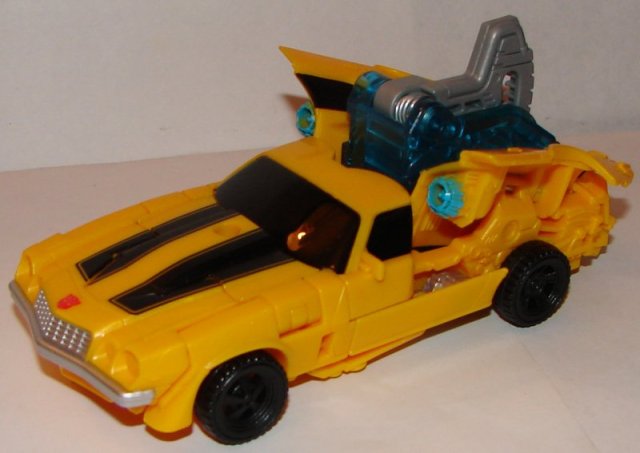 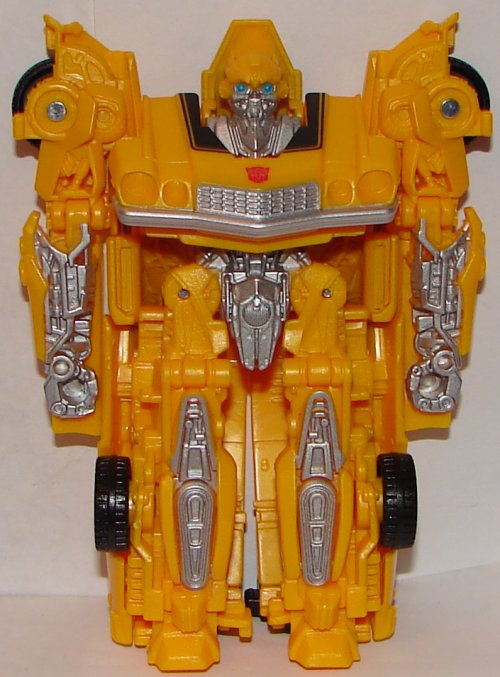 Robot Mode: His robot mode doesn’t look terrible if you ignore the giant yellow slab of plastic its mounted on. Unfortunately, that can’t be ignored. 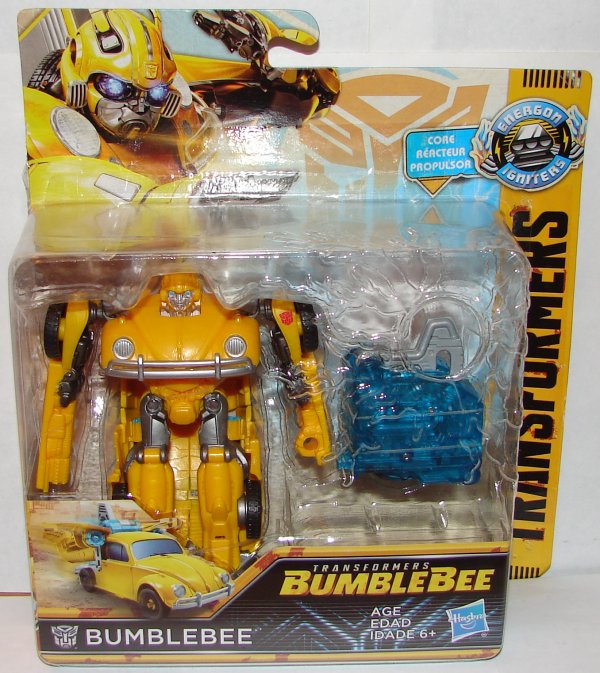 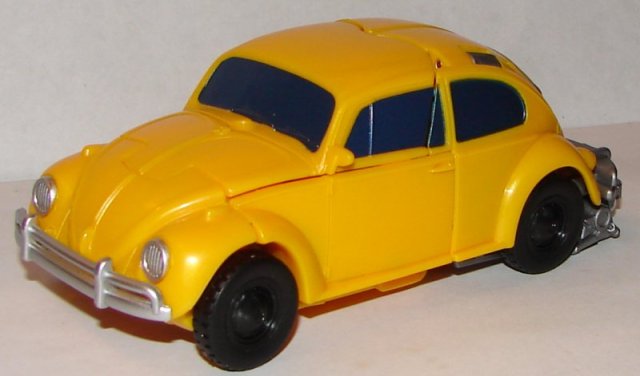 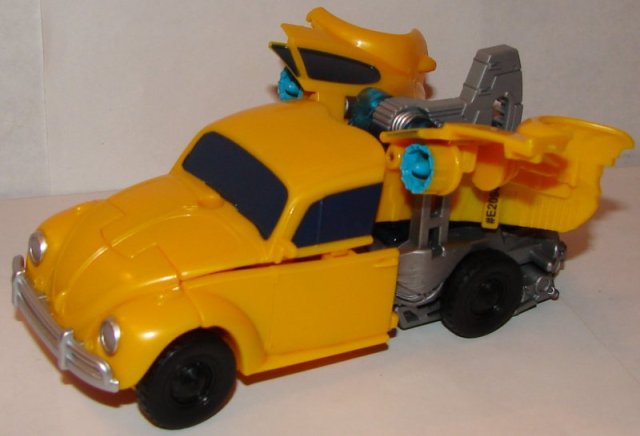 Vehicle Mode: Bumblebee looks great in his VW Bug mode. Amazingly, they painted all his windows. I’m not a fan of his armored mode. It flips up the entire back of the car just to deploy a cannon on each side. Leaves him looking kind of weird.

Robot Mode: VW Bumblebee’s robot mode is better than the Camaro, but still isn’t really great. His worst problem is the enormous chest. 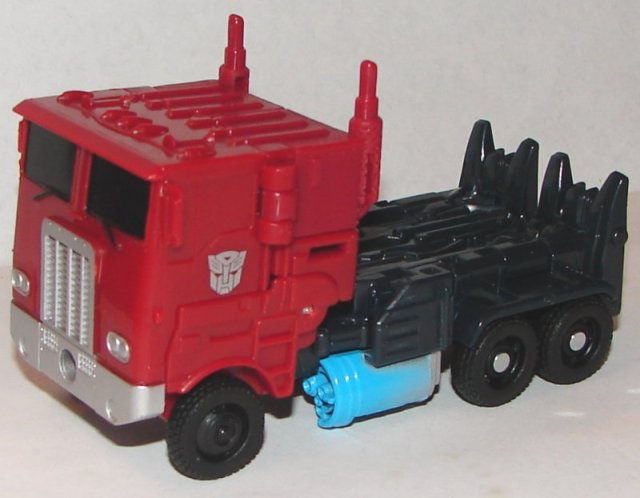 Vehicle Mode: Optimus Prime’s vehicle mode isn’t bad. I just wish they had painted his smokestacks silver. That would have made a huge difference. I love his Energon Igniter deployed cannons.

Robot Mode: He’s not great in robot mode, but we’ve had far worse Optimus Prime’s in the past.

Overall: The Energon Igniter feature doesn’t really do much for me. I’d have rather seen the action features built right into the toys. Having said that, they are pretty average for a movie toy line.

I’m 36 years old, and I work in network tech support for a public school system. I am a huge fan of Star Trek, Transformers, Harry Potter, and Marvel Comics as well as numerous other fandoms. I’m a big sports fan, especially the Boston Red Sox and the New England Patriots. I collect toys (mostly Transformers but other stuff too), comic books, and Red Sox baseball cards. I watch an obscene amount of television and love going to the movies. I am hopelessly addicted to Wizard Rock and I write Harry Potter Fanfiction, though these days I am working on a couple of different original YA novels.
View all posts by lmb3 →
This entry was posted in Toy Reviews, Toys, Transformers and tagged Bumblebee, Energon Igniters Power Plus Series, Optimus Prime, Toys, Transformers, Transformers Bumblebee. Bookmark the permalink.