These “Kre-O” Family Mart exclusive were released in Taiwan in 2012. While based on the Kreon design, they are not compatible with Kre-O building sets. The blind buy figures are about 3 inches tall and the Optimus Prime USB Hub is 8 inches tall. The blind buys were not all the same kinds of figures. Bumblebee, Megatron, and Sideswipe have an LED in their chest that can be turned on by a switch. Optimus and Starscream’s heads come off revealing a stylus pen you can use on your smart phone or tablet. I’ve been looking for a set of these for a long time, and finally found one at a reasonable price. 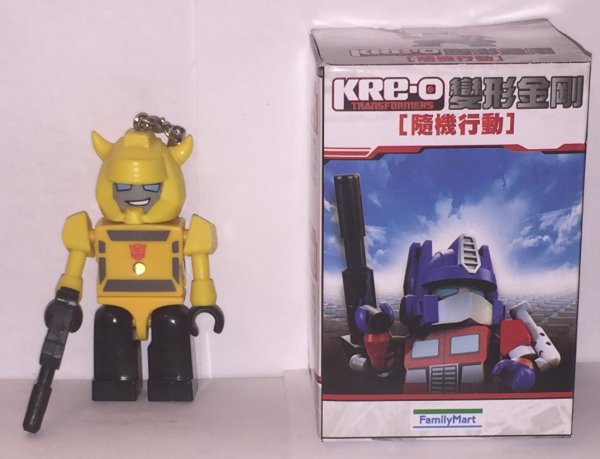 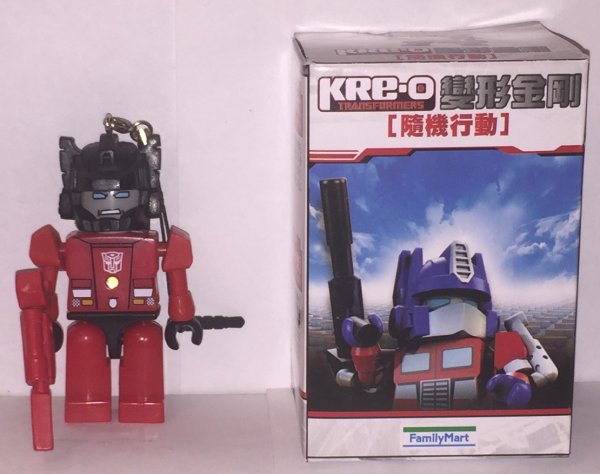 The Optimus Prime and Starscream are functional items you can use. These lights really aren’t powerful enough to do anything. Just seems like they all would have been more useful as stylus pens, though I’m not sure every phone had a flashlight app in 2012, so I guess that could be the reason. In any case, they all look really cool. 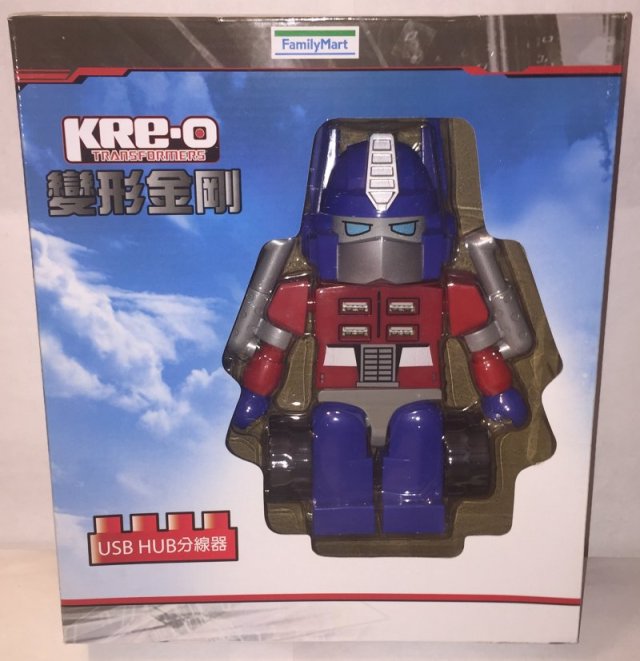 The USB Hub Optimus Prime looks great, though he would have looked better if the USB ports were in his feet, leaving his chest to be properly painted. It would have made more sense functionally, as I can imaging the cords pulling him forward.

As always, you can find over 15,000 Transformers artifacts from every Transformers series and generation at TFMuseum.com.

I’m 36 years old, and I work in network tech support for a public school system. I am a huge fan of Star Trek, Transformers, Harry Potter, and Marvel Comics as well as numerous other fandoms. I’m a big sports fan, especially the Boston Red Sox and the New England Patriots. I collect toys (mostly Transformers but other stuff too), comic books, and Red Sox baseball cards. I watch an obscene amount of television and love going to the movies. I am hopelessly addicted to Wizard Rock and I write Harry Potter Fanfiction, though these days I am working on a couple of different original YA novels.
View all posts by lmb3 →
This entry was posted in Transformers, Transformers Artifact of the Week and tagged Bumblebee, Family Mart, Kre-O, Megatron, Optimus Prime, Sideswipe, Starscream, Stylus, Toys, Transformers, Transformers: Kre-O, USB Hub. Bookmark the permalink.