You know how it is. You have a perfectly serviceable wife, but she hits 40, and, just like when you trade in your car, you start looking at the 20-year-olds and wonder if you can afford the newer model. It’s a bad idea to go car shopping. You find all kinds of things you like that your old car doesn’t have. Heated seats, Bluetooth, huge perky headlights. Even if you can’t afford it, you’d just like to sit in it for a little while, and that’s why you’re better off staying home. I don’t need any trouble. I barely have the energy as it is. A new car would kill me.

That strikes me as the state of collecting today. Between Hasbro and Takara ramping up the game, and the 3rd party companies delivering, we have a situation where you have a *lot* of shiny new wives to pick from. Sure, your old Skids is perfectly serviceable, but did you see those Combiner Wars figures? Or that new Optimus from Power of the Primes? So shiny… well, it can’t hurt just to play with it a little bit…

I don’t have the strength. And I fear I won’t be alive long enough to see the end of the line, because they *keep making these damn toys.* And it’s not throwaway crap like Bayformers. We’ve got Transformers that stand as tall as you or I, transformers that transform *themselves*…

And now, with 3d printing, you can *make* your own Transformer, part by part. 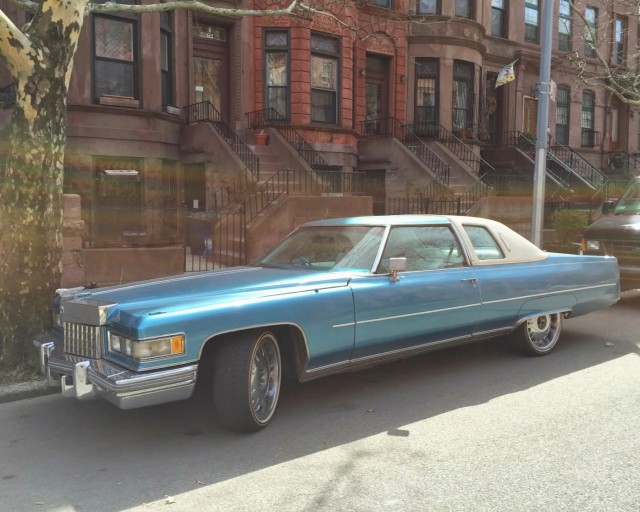 I recently had to replace my vehicle. I spent the summer looking at new, sensible vehicles. I came home with an aircraft carrier. I bought a vehicle older than I am (quite a feat, these days) and proceeded to drive it like I owned it. No computers to malfunction. When you step on it, you burn rubber. None of this traction control crap. The 8-track was Phil Collins. I hung my fuzzy dice on the mirror, put on my sunglasses, and sunk waaydown into the leather upholstery. Ahhh. This was my speed. This was driving. Sure, I could get the new all-wheel drive, lighted cupholder vehicle. But I didn’t. The car I picked didn’t have cup holders. Or seatbelts. I was in love. This may be the last opportunity I have to feel this way about a car, so I’m going to take it.

My G1 Skids is perfectly serviceable. But they don’t make him anymore. I recently got the Takara Tomy encore Skids. I figure, this may be my last opportunity to enjoy a ‘new’ G1 toy, because with all the stuff they can make nowadays, there’s no reason for them to go back to this.

Ahhh, Skids in package. They have the artwork, and they even mimic the box, but unlike those ‘asian market’ Transformers, this is clearly a reissue of a G1. Nice homage box style.

The package contents. Skids is snug in his 3-piece tray, has perfectly placed accs, card, instructions, and the best part of all, a *sticker sheet*! Nostalgia points! 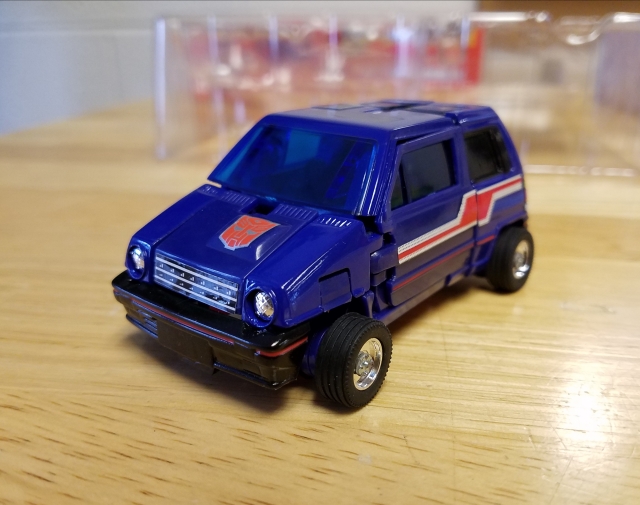 Oh, just looking at him reminds me of why I first fell in love. Classic lines, beautiful colors. I feel like a kid again. Skids knows what I like. 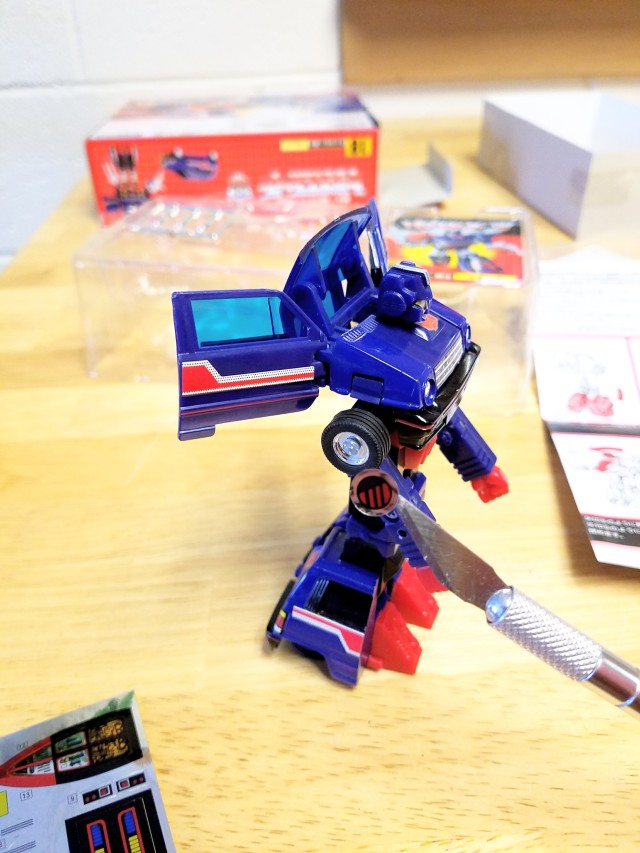 You dirty, dirty bot! Take those stickers! Take them! Yea, you like that, don’t you…

As-always, I would be remiss if I didn’t point out the updated Hasbro Takara with date (china) on the doors.

Skids knows how to put the spice back into the relationship. You can’t make fun of the weapons either, because if you recall:

Hello! This party just got interesting. Oh, My.

G1, you are my heart and my soul. I don’t know what I was thinking. I’ll never look at those new Transformers again, you know you’re the only one for me!

Continue to love the old stuff, folks. It’s easier on your heart. Lusting after the new will just get you in trouble. You’ll never find happiness in the servos of the new stuff. Respect your perfectly serviceable G1 Transformers. They are a true classic.

I’m 36 years old, and I work in network tech support for a public school system. I am a huge fan of Star Trek, Transformers, Harry Potter, and Marvel Comics as well as numerous other fandoms. I’m a big sports fan, especially the Boston Red Sox and the New England Patriots. I collect toys (mostly Transformers but other stuff too), comic books, and Red Sox baseball cards. I watch an obscene amount of television and love going to the movies. I am hopelessly addicted to Wizard Rock and I write Harry Potter Fanfiction, though these days I am working on a couple of different original YA novels.
View all posts by lmb3 →
This entry was posted in Toy Reviews, Toys, Transformers and tagged Toys, Transformers. Bookmark the permalink.