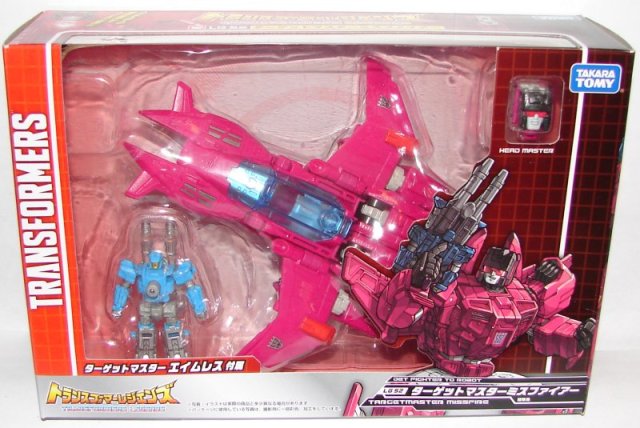 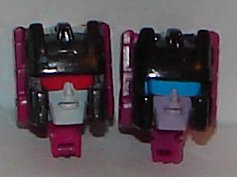 Misfire is one of the few Titan Masters to escape Hasbro’s cheapness and actually have paint apps in robot mode. The Japanese version is better with the black helmet, but it’s not as much of an improvement as it is for most Titan Masters. 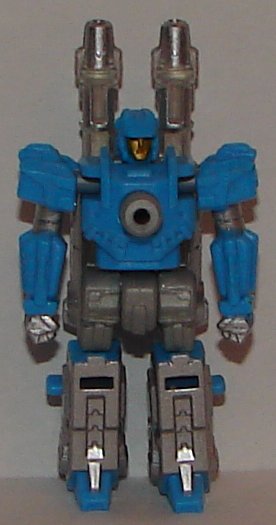 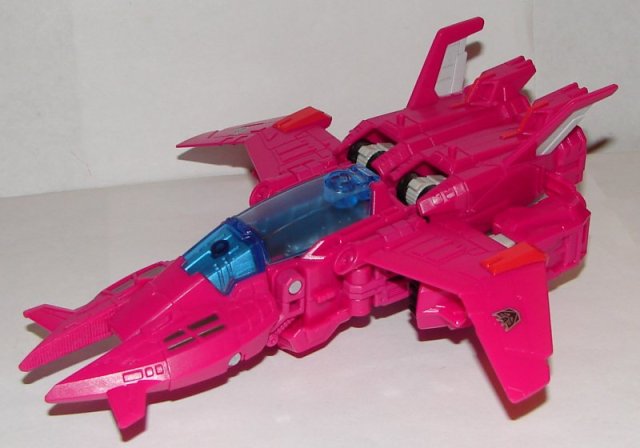 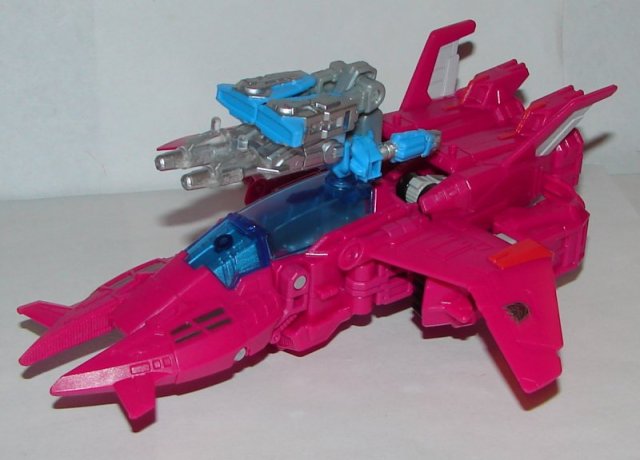 The Japanese version of Misfire has a few paint app changes and lacks the stickers. The main difference is the change from purple to pink. The pink is more G1 accurate. Honestly, I could go either way on him. They both look great. The USA version is a little less retina searing and I like the stickers and silver paint on his legs, but I like the Japanese one too. They also changed his eyes from blue to red. He has a port added to the top of this canopy for Aimless.

Overall: I can go either way on the color scheme. It’s really about which one you prefer, but Targetmaster Aimless is the best argument for the Japanese version.

I’m 36 years old, and I work in network tech support for a public school system. I am a huge fan of Star Trek, Transformers, Harry Potter, and Marvel Comics as well as numerous other fandoms. I’m a big sports fan, especially the Boston Red Sox and the New England Patriots. I collect toys (mostly Transformers but other stuff too), comic books, and Red Sox baseball cards. I watch an obscene amount of television and love going to the movies. I am hopelessly addicted to Wizard Rock and I write Harry Potter Fanfiction, though these days I am working on a couple of different original YA novels.
View all posts by lmb3 →
This entry was posted in Toy Reviews, Toys, Transformers and tagged Aimless, Legends, Misfire, Targetmaster, Toys, Transformer Legends, Transformers. Bookmark the permalink.