Unlike the Toys R Us Mission to Cybertron 2-Packs, Hasbro didn’t even bother to repaint Megatron and Optimus Prime. They are identical to the single packed releases. Bumblebee is nearly identical. Details below. It really sucks that Hasbro couldn’t even be bothered to change a few paint apps to make these new toys. You can read my reviews of the original versions of Megatron, Bumblebee, Hot Rod, and Optimus Prime. As they are identical, I am not going to bother post pics here of Optimus Prime and Megatron. Additionally they dug up the Transformers Prime Legion Breakdown and Soundwave molds to be Berserker and Ravenspar. Read my reviews of Breakdown, Breakdown with Apex Armor, Fallback, and Soundwave. 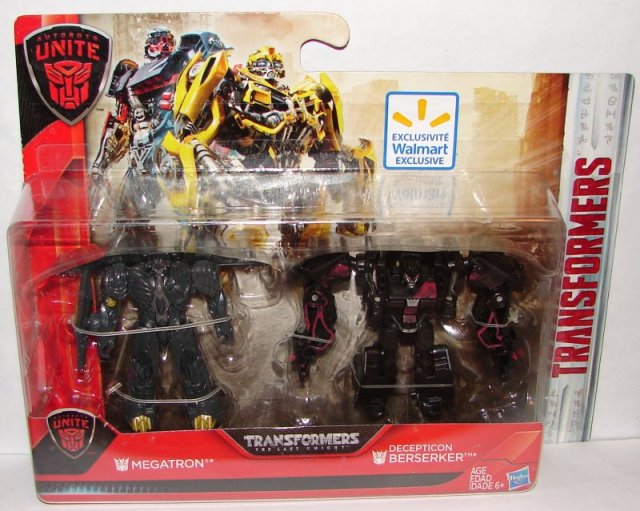 Berserker is a repaint of Transformers Prime Legion Breakdown. He’s fine so long as you ignore that he looks nothing like Berserker. 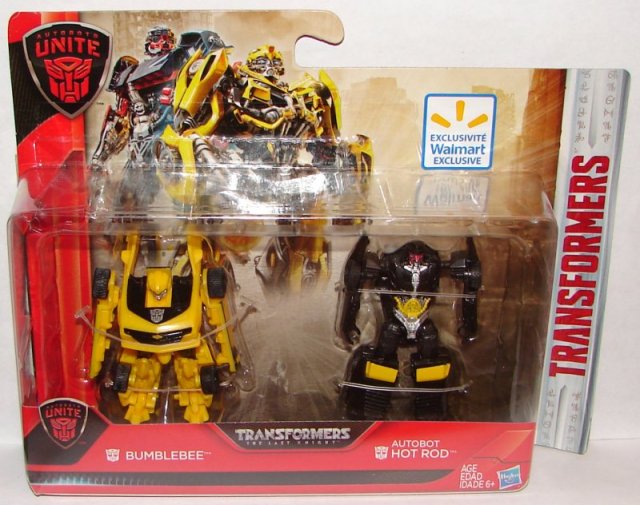 Bumblebee uses slightly lighter yellow plastic than the single release, though you really can’t see it in the photos. 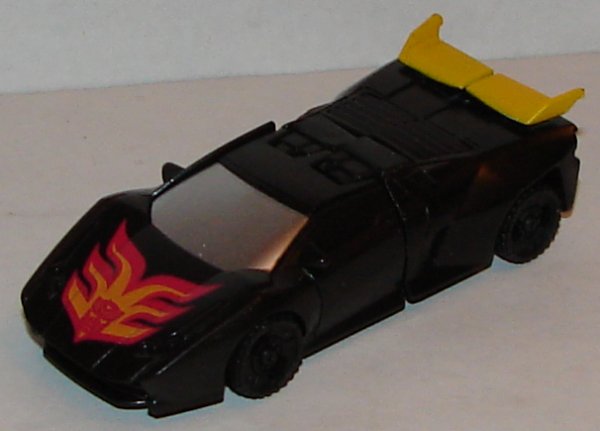 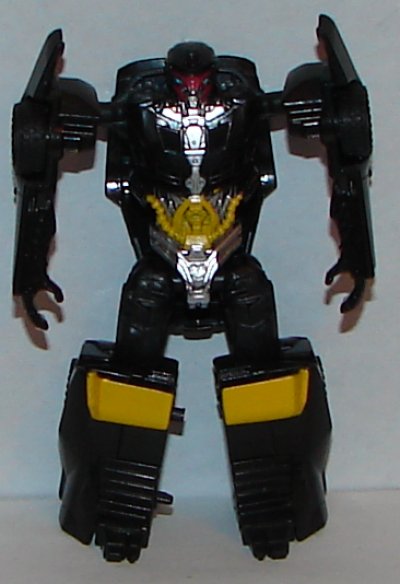 I really like the repainted Hot Rod. He has his G1 flames on his hood, which makes me a little annoyed they didn’t just paint him in G1 colors. Still really like the paint job though. 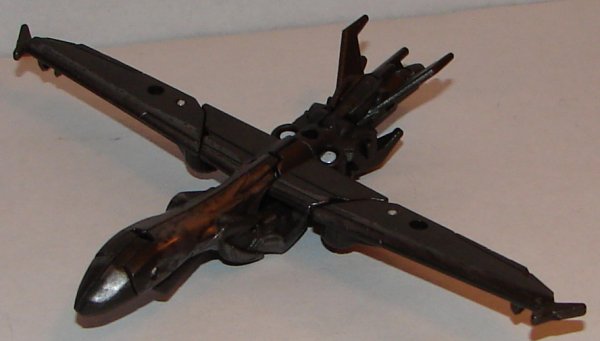 Overall: These were mostly showing up at Ross stores and other Discount stores, but they did eventually show up on Walmart.com. Ross had them for $5 each, Walmart for $13 each. Regrettably there are no Ross stores in all of New England, so I had to way overpay for them at Walmart.com. It is especially sad that they couldn’t have altered a few paint apps on Optimus Prime and Megatron. At least Bumblebee is slightly different, though my guess is that was an accident. (Hasbro said that the reissues of Legends Cosmos and Skrapnel were both to be unchanged and that was not true in either case.)

I’m 36 years old, and I work in network tech support for a public school system. I am a huge fan of Star Trek, Transformers, Harry Potter, and Marvel Comics as well as numerous other fandoms. I’m a big sports fan, especially the Boston Red Sox and the New England Patriots. I collect toys (mostly Transformers but other stuff too), comic books, and Red Sox baseball cards. I watch an obscene amount of television and love going to the movies. I am hopelessly addicted to Wizard Rock and I write Harry Potter Fanfiction, though these days I am working on a couple of different original YA novels.
View all posts by lmb3 →
This entry was posted in Toy Reviews, Toys, Transformers and tagged Autobots Unite, Berserker, Bumblebee, Hot Rod, Legion, Megatron, Optimus Prime, Ravenspar, The Last Knight, TLK, Toys, Transformers, Transformers The Last Knight. Bookmark the permalink.