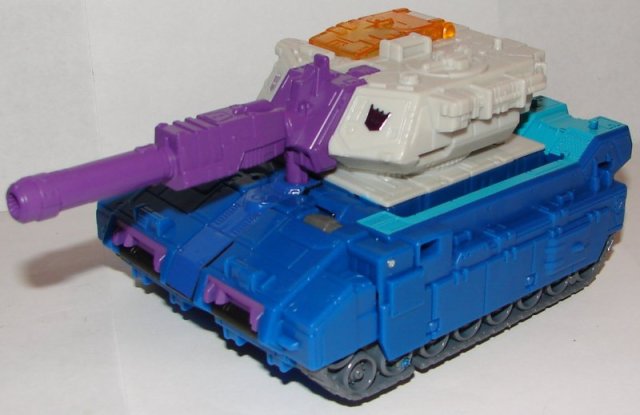 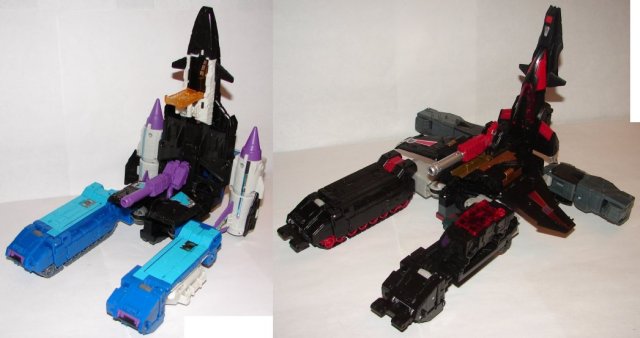 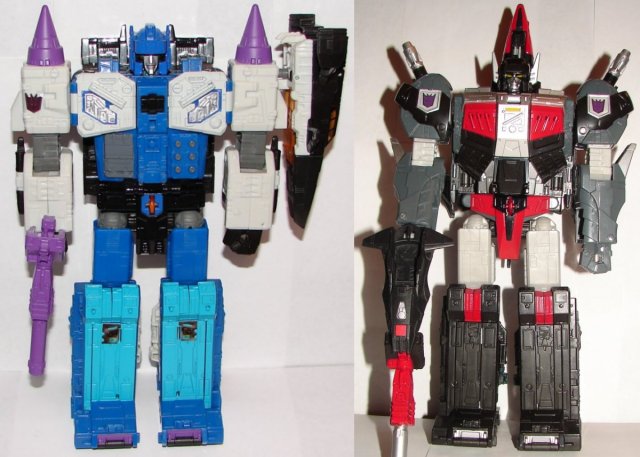 While his legs are the same, almost everything else about Sky Shadow was remolded to create Overlord. Overlord looks great. I love the face sculpt. You can flip open his chest and store Titan Masters, but it looks really stupid for him to have heads stored in his chest. I kind of think they should have held him for Power of the Primes. Some of the Prime Masters sort of could pass for engines.

Overall: Overlord is great homage to the G1, but if you only want one of him, wait for the Takara version. That is coming with both heads.