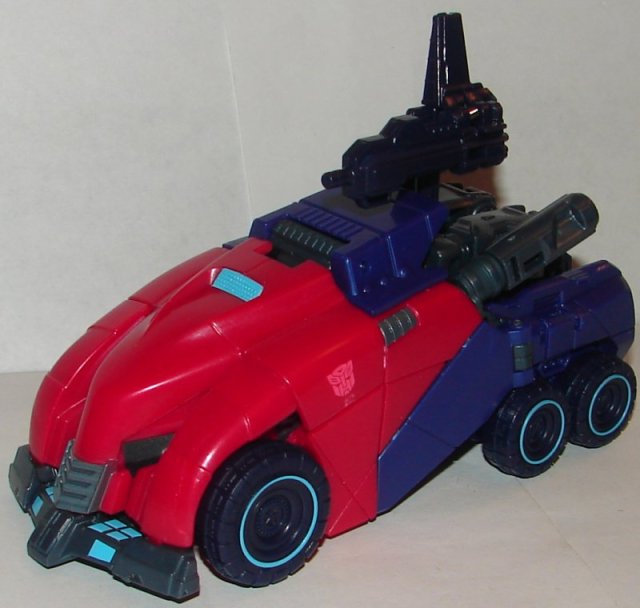 Vehicle Mode: I’ve never done a full review of this mold. Optimus Prime is based on the War for Cybertron video game. I really like his vehicle mode, a Cybertronian armored vehicle. His “windshield” is very small, so compared to a human he’s supposed to be massively large. A human wouldn’t even come up to the hubcap of his front wheel. 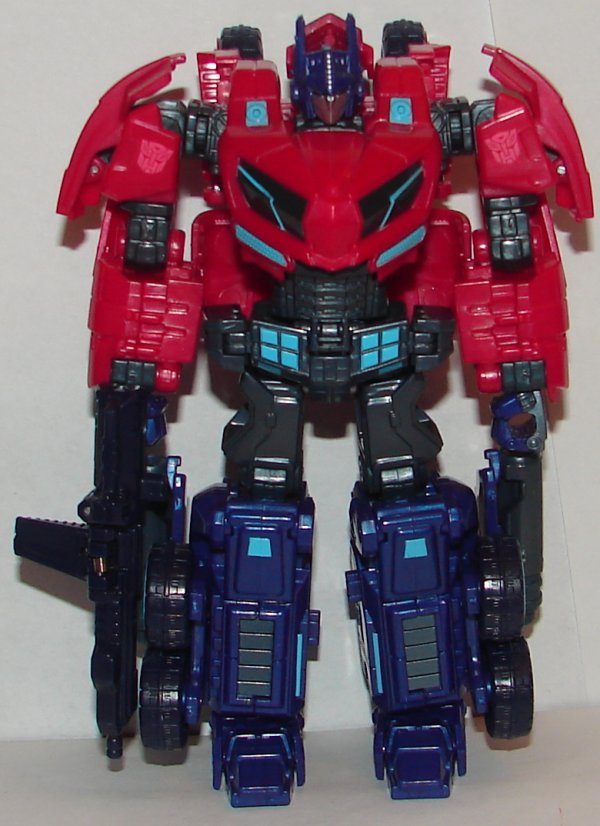 Robot Mode: Optimus Prime’s robot mode looks great. I love the head sculpt. I’m not certain about the original paint job, but for some reason they have painted his fingers blue, but not the backs of his hands. Other than that oddity, his paint apps look great. It would have been nice if they had outlined the Autobot logos on his shoulders in back or white so they would stand out better than red on red. 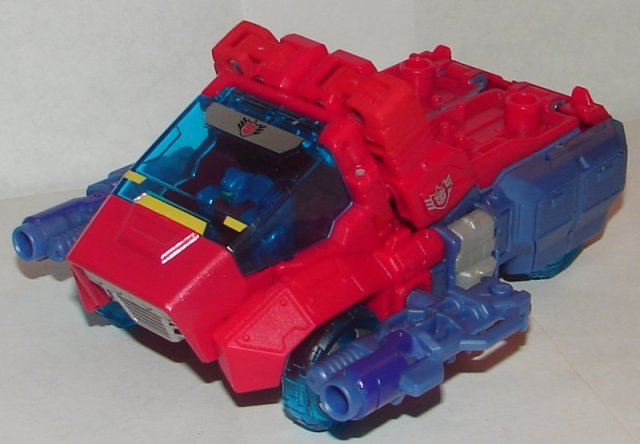 I really like this mold and I love it in these colors. He has a great new head sculpt. Unfortunately, Hasbro failed to give his Titan Master a name. Does that make it a bad toy? No, but it illustrated how Hasbro drops the ball on the smallest things. I’m sure they had an available character name they could have used that would have worked.

Overall: This is a nice set, and at $30 from Amazon, it’s a pretty good price for two deluxe figures.

I’m 36 years old, and I work in network tech support for a public school system. I am a huge fan of Star Trek, Transformers, Harry Potter, and Marvel Comics as well as numerous other fandoms. I’m a big sports fan, especially the Boston Red Sox and the New England Patriots. I collect toys (mostly Transformers but other stuff too), comic books, and Red Sox baseball cards. I watch an obscene amount of television and love going to the movies. I am hopelessly addicted to Wizard Rock and I write Harry Potter Fanfiction, though these days I am working on a couple of different original YA novels.
View all posts by lmb3 →
This entry was posted in Toy Reviews, Toys, Transformers and tagged Optimus Prime, Orion Pax, Toys, Transformers, Transformers Tribute. Bookmark the permalink.