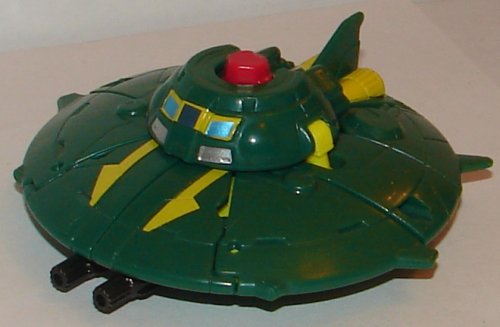 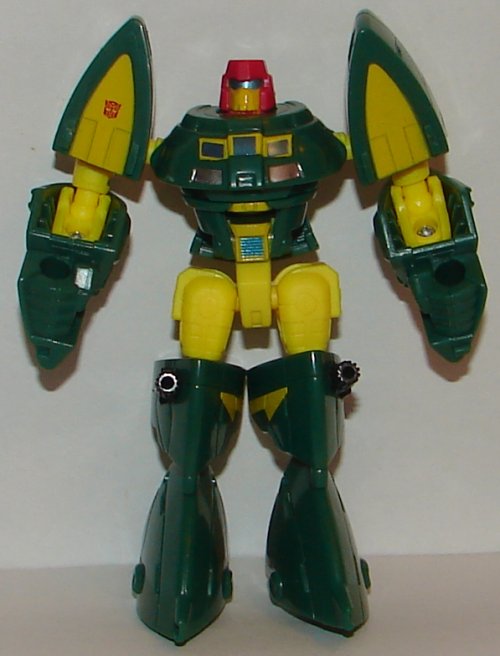 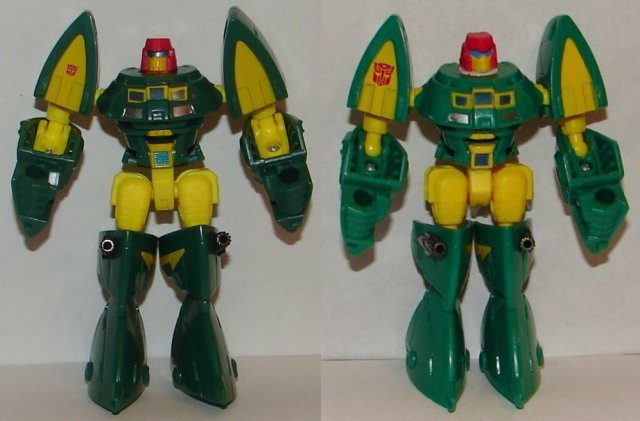 Cosmos is a slight repaint of the previous release of Cosmos (read my review here). He is a darker shade of green, but it’s a very slight, difference, much less than the photos make it look. His yellow is lighter and Autobot logo smaller. The piece his head sits on is red instead of white. The blue of his windows, eyes, and torso is different. His arms are yellow on the inside. 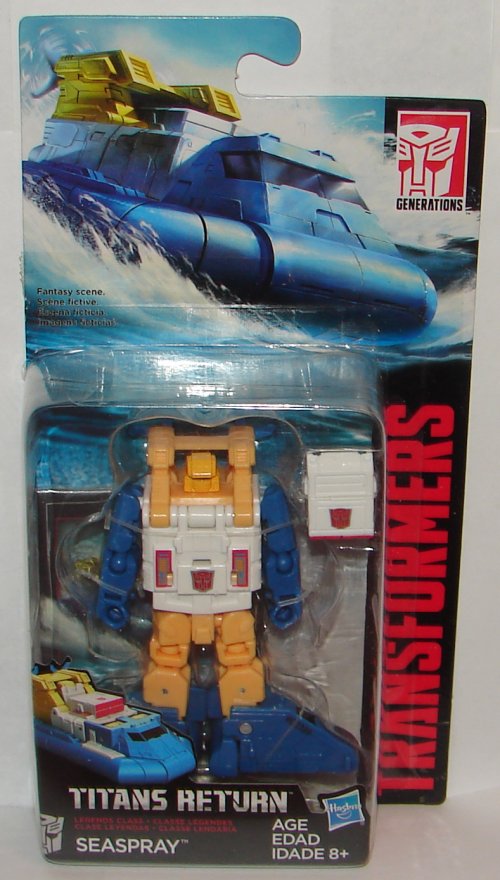 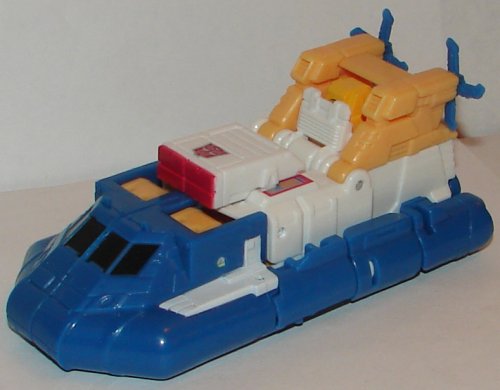 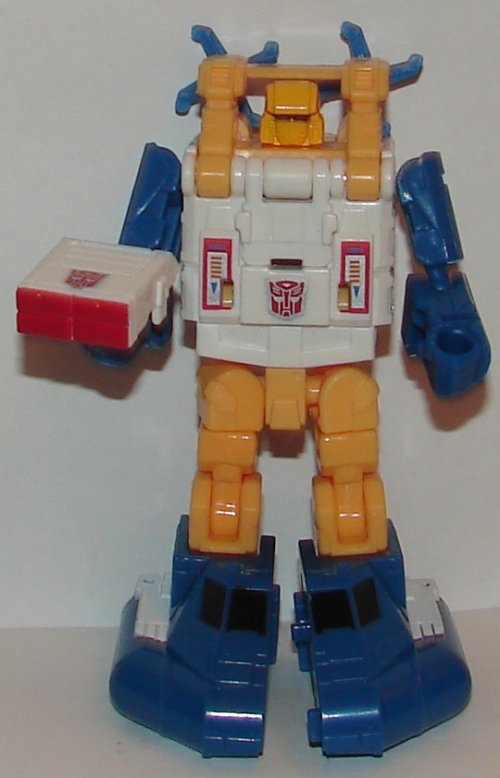 Seaspray is awesome! He is one of the best toys in the entire Titans Return line. His hovercraft mode is perfect and he looks amazing in robot mode. Finally we have a really great homage to Seaspray.

Overall: Seaspray is an absolute must. If you have the original version of Cosmos, and you aren’t a completist, you can probably skip him.